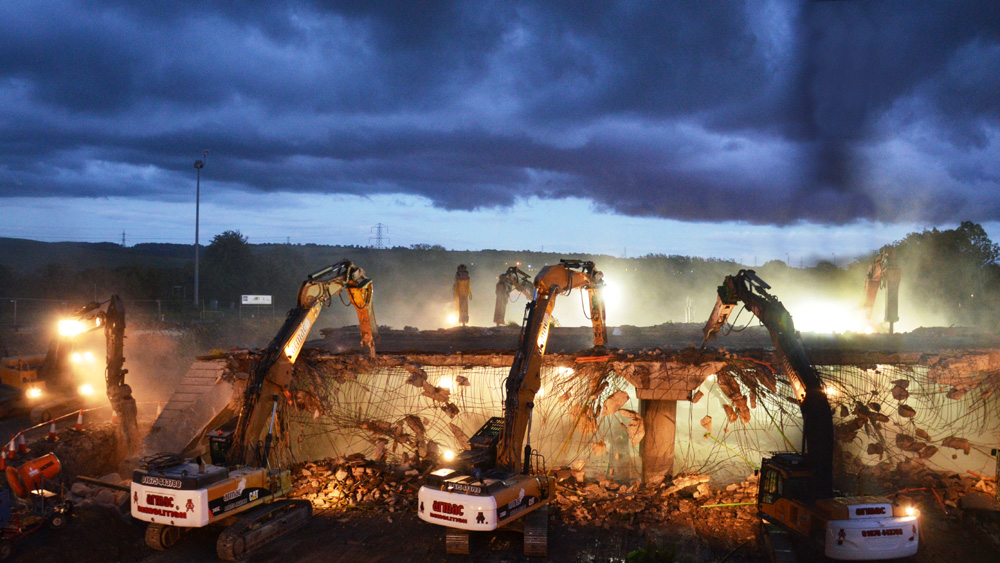 The professionalism of a Costain joint venture (jv) in successfully delivering the M1 J10-13 improvement scheme has been marked with a cluster of awards.

The project, which was carried out on behalf of the Highways Agency, aimed to relieve congestion on the M1 motorway between junctions 10 and 13 by using gantry signs and signals to vary the speed limit and indicate when drivers could use the hard shoulder as an extra lane. This provided extra capacity at busy periods without the need to acquire additional land.

The project was open to traffic more than four months ahead of schedule and is currently being handed over to the managing authority.

At the Institution of Civil Engineers’ (ICE) East of England annual awards the project took the Exceptional Merit Award for Physical Achievement. The Project was also awarded a Merit Award for Team Achievement at the ICE East Midlands award ceremony. The first of these, said the citation, ensured the project team “receive the acknowledgement and prestige they deserve, as the project’s achievements are a direct reflection of the great work that has been done by the whole M1 J10-13 team."

The project was also the winner of an EasyWay Award. EasyWay is a pan-European project that aims to improve safety, mobility and environmental impact on the continent’s roads. The M1 J10-13 project won for having the greatest impact on EasyWay objectives for a large scale deployment.

Further plaudits came from the Constructing Excellence in Hertfordshire and Bedfordshire Awards, where it won the Integration and Collaborative Working prize and was runner-up for the overall Project of the Year Award.

It was also commended in the Major Project Category of the Chartered Institution of Highways and Transportation National Awards.

Topping off the prize bonanza was a photography award at the ICE East of England ceremony for a spectacular night-time image of the demolition of a bridge carrying the A5120 at Junction 12.

“It was one of those projects that generally went very well from start to finish,” said Project Director, Bruce Richards. “It came in considerably under budget, more than four months ahead of schedule and had an excellent safety record, with an Accident Frequency Rate (AFR) of 0.065.

“The Highways Agency is pleased with our performance up there. Customer satisfaction scores are very high.

“The awards are a reflection of the exceptional hard work put in by the whole site team delivering this under budget, early and safely.”