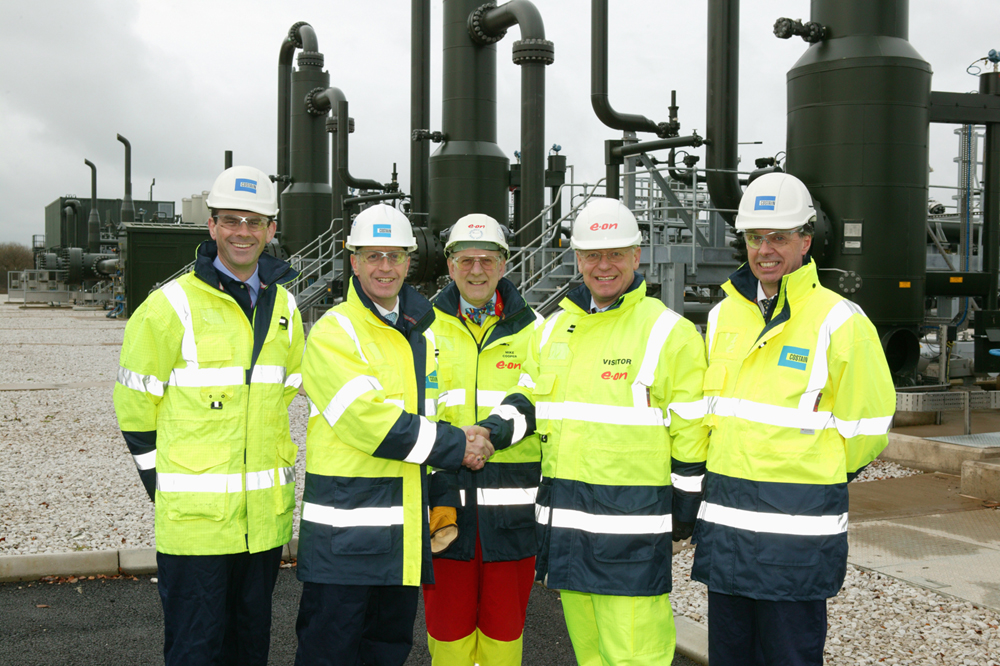 Costain celebrated the successful completion of a strategically important project recently with the handover of the gas processing plant for the Holford underground gas storage facility, in Cheshire.

The facility, which belongs to E.ON, will play a vital role in the future of UK's energy infrastructure.

The project was delivered in an integrated team combining the knowledge, experience and expertise of E.ON, Costain and supply chain partners from across UK and Europe.

Costain’s scope included the engineering, procurement and construction management for the gas processing plant and associated infrastructure, including modification works to the wellheads to allow the caverns to be prepared for gas trading.

The project has received industry-wide recognition, being Highly Commended in the Chemical Engineering Project of the Year category at the IChemE Awards for Innovation and Excellence in November 2011.

Commenting on the start of operations at Holford, Mike Cooper, E.ON’s Project Manager said: “This is a major achievement for the project team who have successfully addressed a number of complex technical and engineering challenges in delivering the operational facility at Holford. We would like to thank the Costain team for its effort and commitment in achieving this important handover milestone.”

Charles Sweeney, Managing Director of Costain’s Energy &amp; Process division added: “The ability to store large amounts of gas to help ensure security of supply is vital for the UK’s future energy mix. This facility will increase the country’s storage capacity and is an example of Costain’s commitment to meeting national needs.”