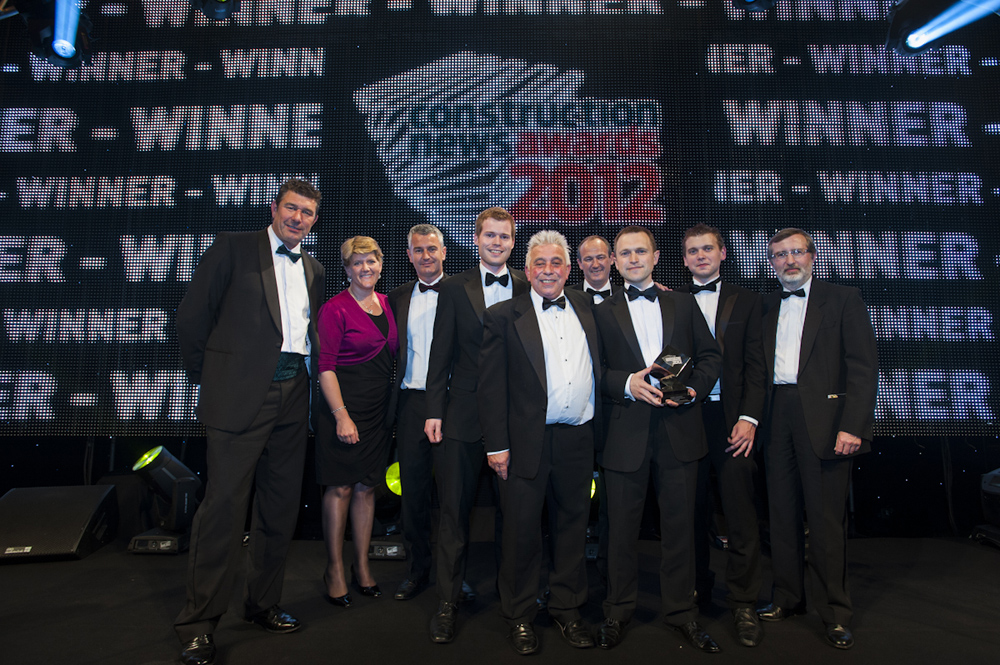 Costain picked up three awards last night at the 2012 Construction News Awards which included Project of the Year Above £50million for the M53 Bidston Moss Viaduct Strengthening Project.

Around 1,000 guests attended the event at the Grosvenor House Hotel to recognise outstanding performances in the construction industry throughout the year.

Costain’s Managing Director of Infrastructure, Darren James, said he was extremely proud of Bidston Moss’s achievements, not only in completing the strengthening and refurbishment of the 730-metre long viaduct on time and under budget, but also for consistently achieving the highest standard of performance and team work.

As well as the Construction News Award, the team achieved record scores in its Project Performance Assessment (PPA), which covers safety, leadership and stakeholder management, and the project’s excellent health and safety record was rewarded with three Gold RoSPA Awards during the life of the contract.

"The judges commented that this winning project was not only delivered early and under budget but the most outstanding achievement was a zero accident frequency rate despite over 1.2million man hours worked."

Located on the Wirral in North West England, the Bidston Moss Viaduct is a major artery that carries the M53 over local roads and a railway line towards the Kingsway Tunnel and Liverpool. Over 50,000 vehicles use the viaduct on a daily basis, including 3,000 heavy goods vehicles.

“Last night’s Construction News Awards was a culmination of over three years’ worth of first class service delivery for one of our major customers, the Highways Agency, and I am extremely proud of Simon Ellison and his team for delivering consistently outstanding results,” said Darren.

Andy Bull, Costain’s Environmental Services Director, picked up the Best Use of Technology Award for SwingletCAM, a small ready-to-deploy micro aircraft with an 80cm wingspan and a built-in high resolution camera.

The technology can be used to speed up planning and progress reports by allowing the user to highlight potential problems much faster and in far greater detail than traditionally manned aerial photography.

"Our winner here showed real cost effective innovation with multiple potential applications particularly in parts of the world where satellite or Google Earth mapping is not readily available.  The judges were very impressed as this entrant scored highly on savings in carbon, cost and time."

“Costain has an excellent reputation for providing innovative solutions to problems, therefore we’re delighted to have been recognised in the technology category with SwingletCAM,” said Andy.

Elsewhere, Costain’s James Bulleid picked up the Rising Star of The Year Award.

Since joining Costain in 2008 as a graduate trainee, James has stood out as one to watch for the future. He originally worked as a Site Engineer on the award winning £90million Church Village Bypass Scheme for Rhondda Cynon Taf County Borough Council and subsequently worked on the successful bid for the A465 and as a Site Agent on the South East Wales Highways framework.

"The judges felt this young star was not an ordinary individual at all.  They have done a great deal in their private life and at work and have performed in a way that points to a great career ahead."

“I am delighted to be recognised for this award. Since the start of my career at Costain, I have been extremely well mentored and have also been lucky enough to have worked on some great projects with some fantastic people,” said James.