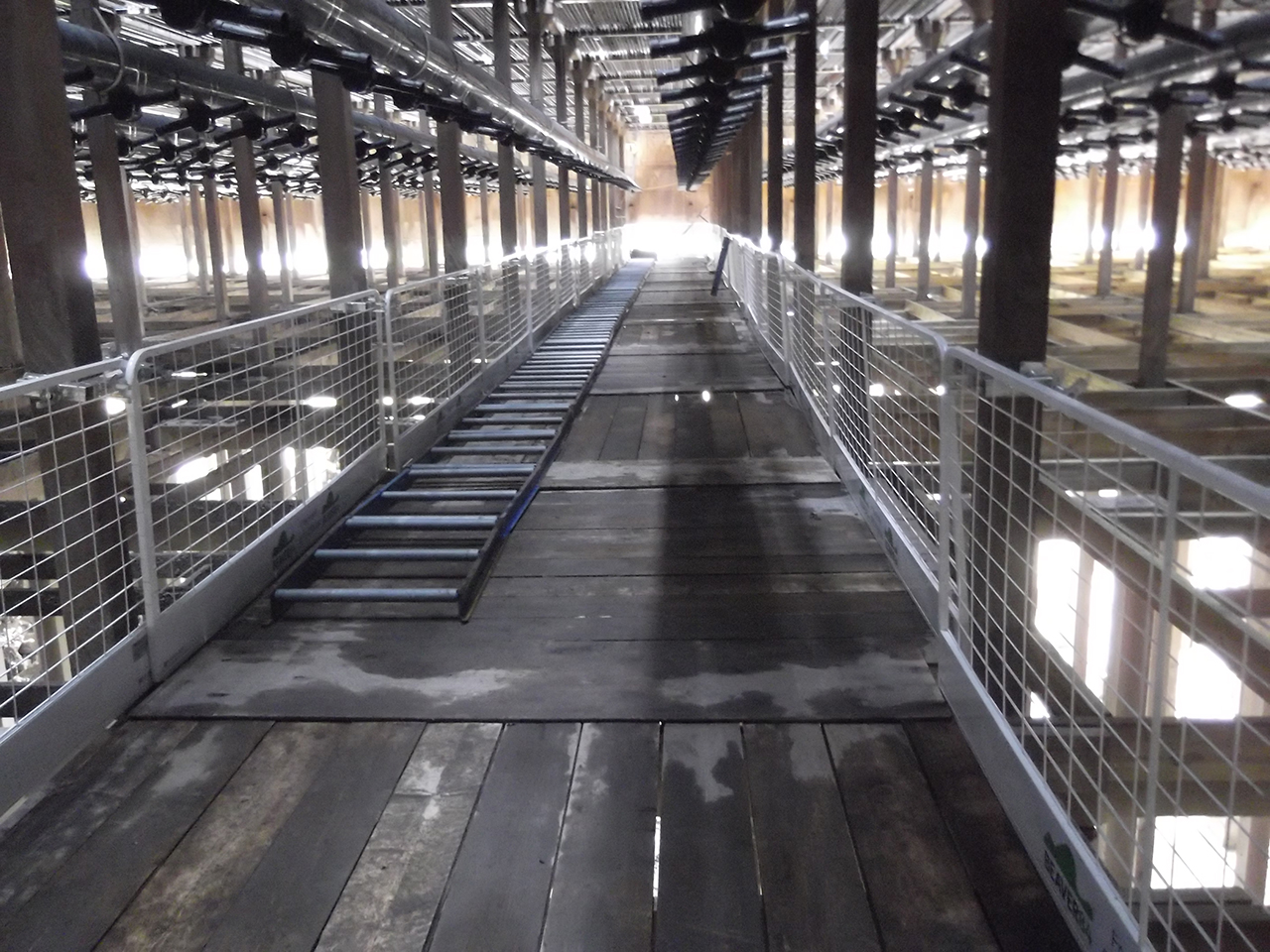 Members of the Costain team have been involved in the design of several of the innovations including new, bespoke edge protection on the boards that provide access to the cooling towers.

“Previously an alternative system was utilised that required enhancing to meet continual improvement,” said Ikwal Samra, Costain Operations Manager. “So we got together with edge protection specialist Rapid EPS and came up with a design that we know works for us and is also fully tested and meets all legislation requirements.

“The design not only increases the level of protection while working at height but can also be installed without tools making it quicker to assemble.”

Supervisor Bryan Hopkinson came up with another idea that has contributed to safer working.

He designed and installed a contact cut-off switch on the machines used to fabricate the packs – the multi-layered plastic modules used to refurbish the cooling towers. Bryan realised that when the machine was in operation, there was a possibility that the operative might forget to isolate the power source when refilling the glue tray. He therefore came up with the idea of installing a contact cut-off switch on each machine. This removed the risk of operatives being drawn into the machine’s moving parts.

Other innovations include using electric mechanised gantry hoist to install PVC pipes. Previously a telescopic handler was used, requiring each pipe to be manually handled into the tower.

“This significantly reduces the risk associated with manual handling and also cuts in half the time needed to carry out the task,” said Ikwal.

Another reduction in manual handling was achieved by installing a conveyer to transport the 30,000 packs required in the refurbishment from the ground up to the packing level. Previously the modules would have been lifted on to a landing platform outside the access door of the tower and manually handled through the door and lowered to where they were installed. Now the manual handling has been reduced, and there is no need to build scaffold loading bays.

“We’re always looking for ways to do things more safely and more quickly,” said Ikwal. “These innovations are now all best practice and I’m sure that many other Costain contracts could find them useful also.”