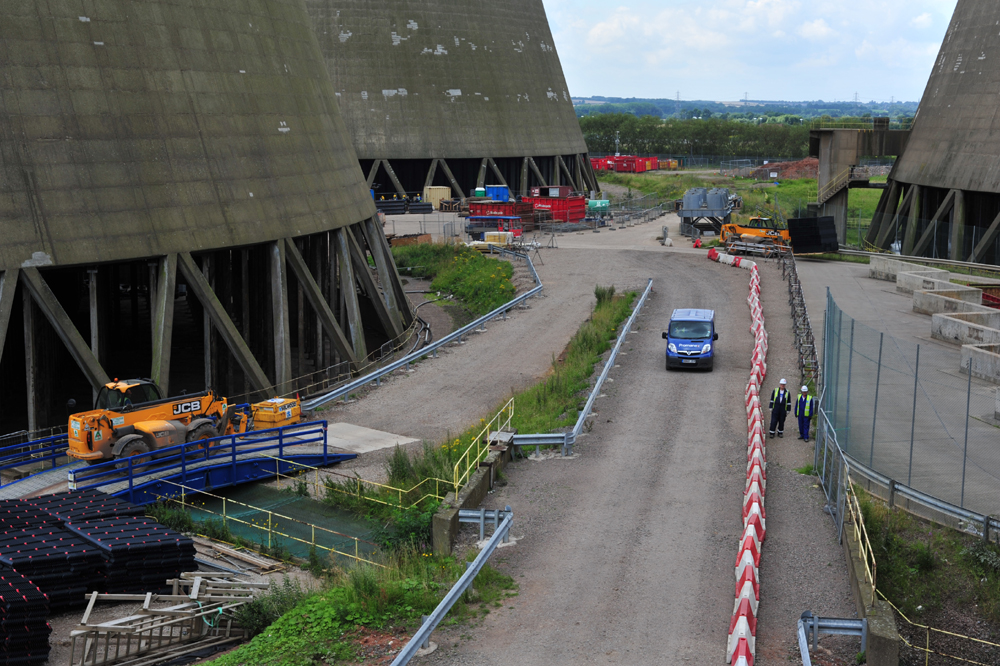 Promanex, Costain’s support services division, is undertaking the final phase of an innovative maintenance project at Ratcliffe-on-Soar power station in Nottinghamshire for E.ON, one of the UK’s leading power and gas companies.

Promanex won the contract through a competitive tender by demonstrating the most effective technical and commercial solution and has already overhauled four of its concrete natural draught hyperbolic cooling towers as part of the first phase of this major environmental upgrade project.

The second tranche of work - to help maintain the four remaining cooling towers - started in 2011 and will be completed during an outage window in 2012.

Standing at 115 meters high, the cooling towers pose significant challenges for anyone working on them and the team had to devise a number of innovative and cost effective solutions to get the job done, whilst adhering to the highest level of health and safety.

The team built a manufacturing facility on the site for the fabrication of the modular film pack. In total, approximately 750,000 separate corrugated PVC sheets were assembled using purpose built innovative machinery. The on-site manufacturing solution provided by Promanex ensured a high quality output and removed costly and carbon negative logistical/haulage options concerned with the transportation of bulk pack modules.

Each tower was re-fitted with approximately 10,000m3 of plastic modular low fouling film pack which reduced the risk of fouling while also increasing performance and efficiency and reducing energy consumption.

Health and safety has been a key component of the project. The team installed additional permanent access ladders and self-closing gates within the towers which have significantly improved access for on-going maintenance. This initiative has helped to lower the health and safety risk, reduce costs and increase access to ensure maximum asset protection.

“All personnel working on the project embraced both the required safety culture and the high standards expected from Promanex and the customer. We worked in unison with E.ON’s management team to make the project a safe place of work by adopting initiatives such as SAM (Save A Mate) and Stop the Drop, which was crucial during the high-risk working at height phase of the project as it involved removing the pack media from inside the cooling tower,” said Rob Flinn, Promanex’s Water Services Director.