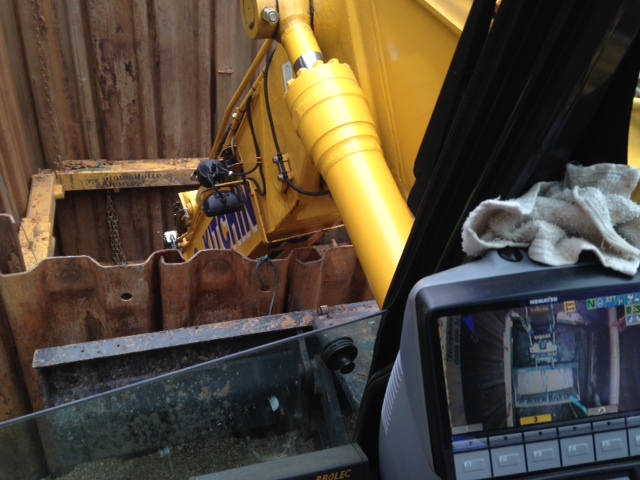 The Costain team working on the M1 J28-31 Smart Motorway Project has introduced a new way to improve excavator safety.

The team is converting the hard shoulders on both northbound and southbound carriageways of the motorway to permanent running lanes. This needs new infrastructure, such as drainage attenuation, emergency refuge areas and gantry foundations, which requires some clearance of vegetation along the verges.

When an excavator is working on deep excavations in a steep verge or in a temporary box, its bucket may not be visible to the excavator operator. There is a risk that the bucket may hit objects, plant or even workers hidden from view.

However fitting an extra camera to the boom of the Komatsu PW160-7 wheeled excavator in use on the site has given its operator a sharp, clear view of the bucket.

“There is now no need for the operator to lean forward and try to see down into the verge - the whole digging or lifting operation can be done in safety and comfort,” said Victoria Yates, Costain Handover Manager and Innovation Champion.

“The camera has a long lifecycle and, if well maintained, will last as long as the machine is in operation. It’s also easy to install: modern excavators already have rear cameras and a cab monitor, so all that’s needed is to mount the extra camera and feed it in to the monitor. And not only does the camera improve safety and reduce accidents but it can also speed up work too.”

Victoria says the team is now looking at fitting similar boom-mounted cameras to other excavators on the project.

“It’s such a simple, inexpensive thing to do on a modern excavator but it gives real benefits. I’m sure it would be useful at any site where there are deep excavations.”