Innovation Takes To The Skies In Belfast 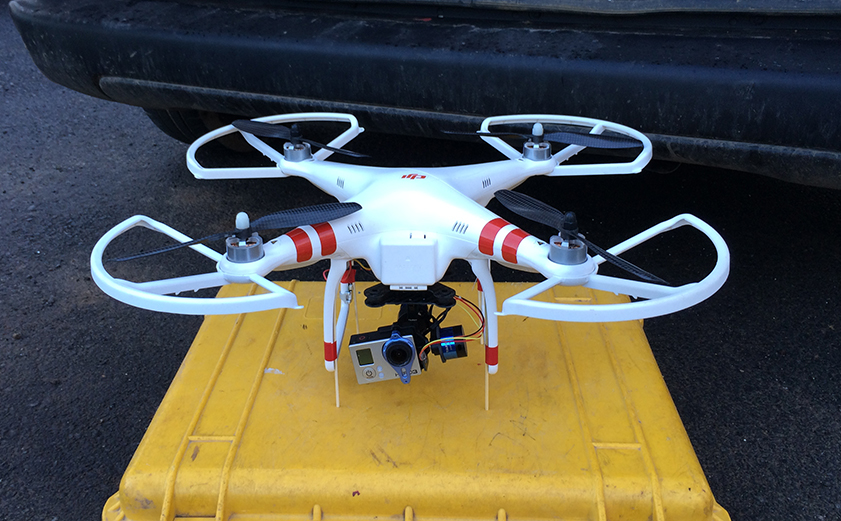 The joint venture (JV), incorporating Costain, currently involved in dualling the A8 road between Belfast and Larne is testing a new miniature unmanned helicopter for aerial photography.

The drone, measuring around 350mm square with four rotors, and equipped with a bolt-on video camera, has undertaken several test flights over the road and assisted following a recent road traffic accident there.

The consortium, comprising Lagan Construction, Ferrovial Agroman and Costain, is responsible for creating 14.5km of new roadway in the £130 million scheme on behalf of the Department for Regional Development’s Roads Service.

“One of the surveyors who works for one of the other jv partners has set himself up as an operator of this aircraft and was using the project as a bit of a testbed, as a test of its capabilities and to help him get his licence,” explained John Lee, Deputy Project Manager for the jv.

The jv has previously used full-size aircraft to carry out aerial photography, but the new drone helicopter has several potential advantages over manned aircraft.

“With real aircraft, there are limitations in terms of how low it can fly and weather can be a problem. With one of these helicopters, you can hover and get in close to structures. You have high-definition quality footage and you can take stills from that, as well as obvious health and safety benefits from not placing people at risk from working at height.” The cost of using the mini-helicopter is also a fraction of that of a manned aircraft.

As well as the aerial surveying role, the drone was used following a road traffic accident on the A8 in December, said John. “We used it to record the incident scene; it gave us an overview of the area and let us see how the traffic management was set up.”

Group Innovation and Knowledge Manager, Tim Embley, was interested in the device, said John and was looking at getting fixed-wing pilots trained up on the device. A special licence is required to operate the drone, but this is also considerably less expensive than gaining a ‘normal’ pilot’s licence.

“From the highways sector point of view, we would like to look at further applications and possibly get some people trained up. I think there are definitely applications within the Company that we could use it for."