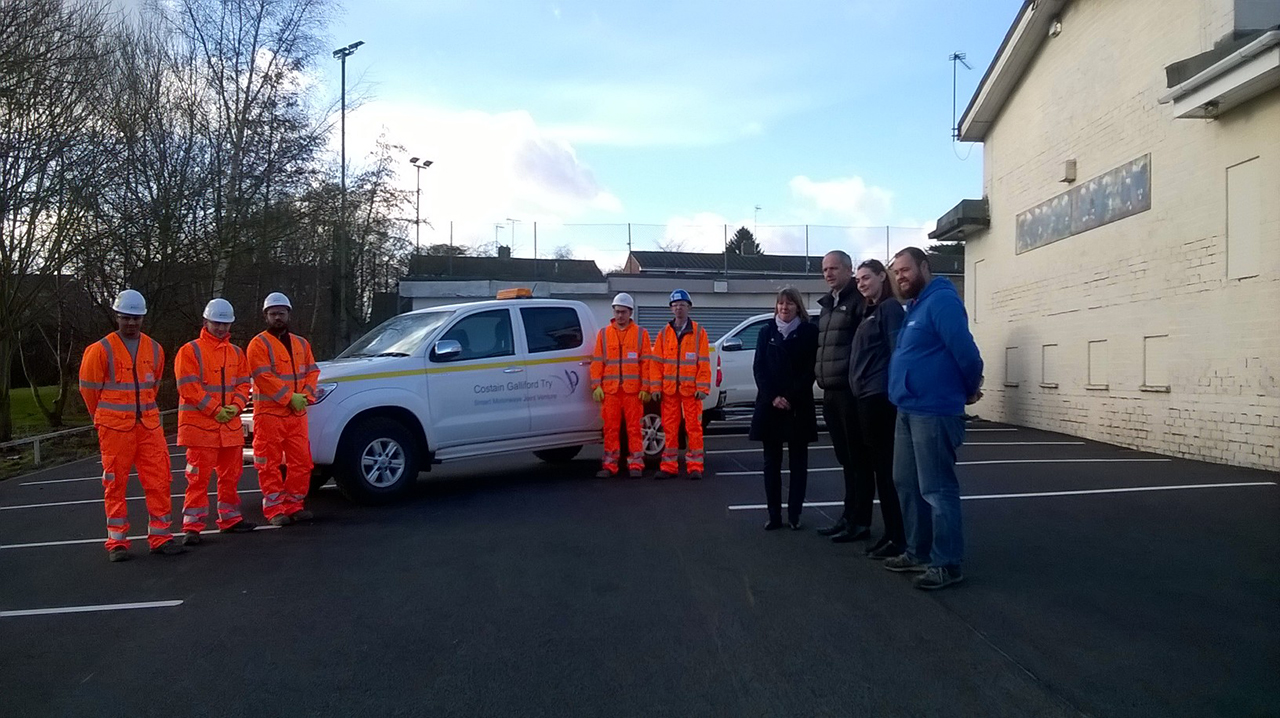 The Bradby Club for young people in Rugby has received a new car park laid by the joint venture, Costain Galliford Try (CGT).

After years of an uneven and deteriorating car park, this new surface brings a totally new look to the 60 year old building and sets the tone for the start of the build up to the Club's centenary celebrations in 2019.

This voluntary Club is the only full-time youth facility in the area employing 3 youth workers and open 4 nights a week. With funding ever more hard to secure this new car park will enable money to be raised from renting out car spaces to the benefit of the Club and its members. CGT, the joint venture working on the M1 Smart Motorways project (J16-J19), has enabled a struggling youth club to improve its profile and underlined its tradition of helping young people to achieve their potential.

Eamonn Slevin of Costain Galliford Try, said: “The Bradby Club does so much for the community, we wanted to give something back”.

The Club has said that without CGT’s generosity its dream of a new car park was quite out of reach. CGT hopes that the resurfacing of the car park will bring more people to the Club leading to more funding.