Joshua Is ICE (Wales) Apprentice Of The Year 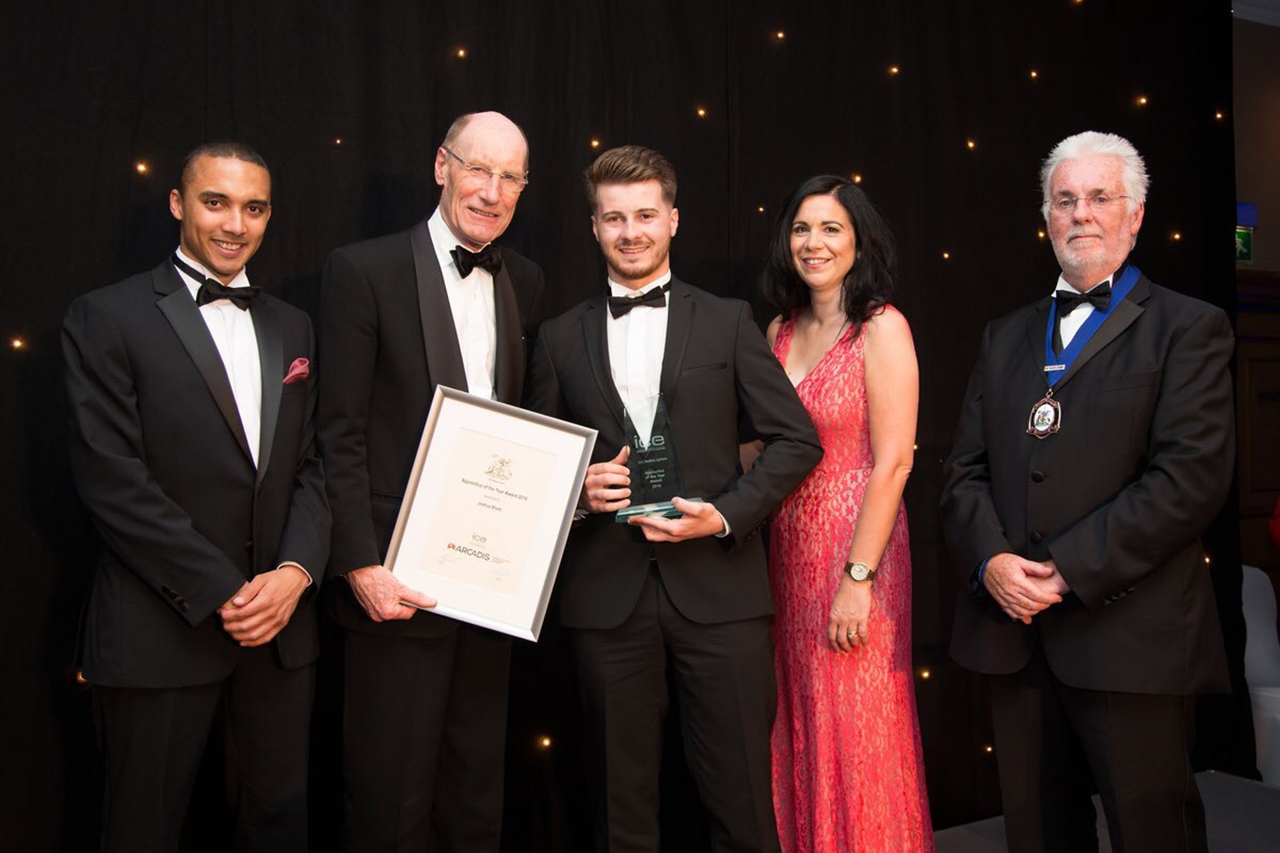 The title of Institution of Civil Engineers (Wales) Apprentice of the Year has been won by a member of the Costain team working on the A465 Heads of the Valleys project.

Apprentice Engineer Joshua Short picked up the prize at a ceremony at the Cardiff Marriott Hotel.

Good going for someone who said he was told by his school that he was “more or less useless”, drifted through a series of miserable retail industry jobs and who only started work for Costain in September last year.

In his current role, he handles a variety of tasks, including “a lot of setting out”, particularly on the structures aspect of the route, including the 70-metre span bridge across the River Clydach.

As well as his work on the A465, he is continuing his education by working towards a BTEC Level 3 in civil engineering alongside an NVQ in construction at Pontypool College.

“I always wanted to do engineering, but when I was younger I didn’t have the opportunity,” said Joshua, 20, who has been a long-term carer for his mother. He went into retail jobs simply to bring in some income to his household and applied for his current position through the Arcadis apprenticeship scheme that Costain supports.

“I love my job. I hated retail with an absolute passion. The working environment was terrible; you did the same thing day in, day out. It was very repetitive and you never saw anything finished. In construction, you start something and see it through to completion. It could be still there in 100 years’ time. And there’s great pride in that. I’m also now part of a great team who help me achieve my goals by encouraging me to become the best engineer I can be.”

As well as gaining good grades in his academic work, he has won plaudits from his bosses. “He’s a very confident lad who’s embraced the construction industry wholeheartedly,” said Section Manager Paul Morgan. “He’s very keen, always busy and asking for work. He’s been a great asset to the team and is destined for a great future in the industry.”

Caption: Joshua (centre) receives his Apprentice of the Year award from the President of the ICE, Sir John Armitt, former Chief Executive of Costain. Photo courtesy of FotoWales.