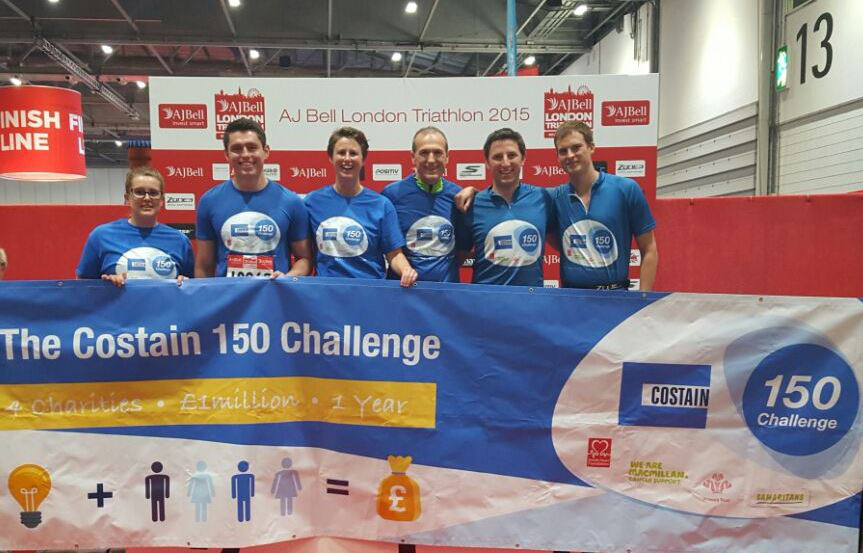 The Kent Multi-Functional Framework recently entered two teams in the London Triathlon, with all proceeds going to the Costain *150 Challenge.

The event in east London is the biggest event of its kind in the world, attracting over 13,000 triathletes cycling, swimming and running their way to victory.

The MFF teams comprised work colleagues from Costain and Network Rail which, together, raised over £800 for the 150 Challenge.

Each team competed against each other in the Olympic Distance event of the London Triathlon which included a 1500m swim, a 40km bike ride and a 10Km run. The routes all start and finish at the ExCel London in Newham, but spread west to the Leamouth Peninsula and east to near the Gallions Reach DLR station.

“The two teams from Costain and Network Rail represented the best in collaboration and, although it was a very hot day at 27 degrees, the excitement and competitive natures of everyone concerned meant that both teams finished within nine minutes of each other. It was a terrific day and it was great to be involved in the 150 Challenge,” said Will Shoults, Kent MFF Network Rail Designated Project Engineer.