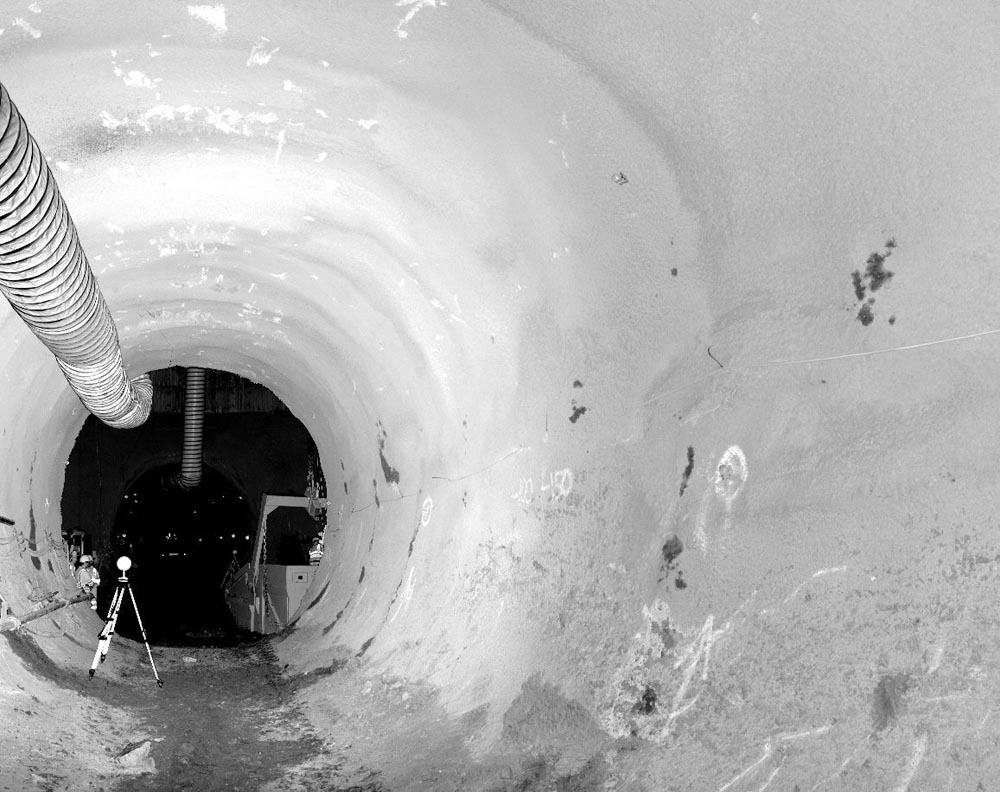 Costain is underlining the Company's focus on innovation by investing in a latest-generation laser scanner for surveying work.

Laser scanners have been available for a few years but are now much more compact, less expensive to acquire and produce better results than their predecessors.

“There are a lot of specialised survey companies with these scanners but in terms of the construction industry I think we’re in the forefront of using it,” says Costain’s Senior Survey Manager, Nigel Drayton.

The new Faro Focus scanner stands on a tripod and works by bouncing a laser beam off a rapidly-rotating mirror. Nigel likens the beam to a plate standing on its vertical axis and spinning around, with the scanner detecting reflections from the beam as it hits objects or terrain up to 120 metres distant.

“It’s rotating so fast that you’re capturing one million points a second. This ‘point cloud’ is so dense that it’s almost like a picture, except that it’s a three-dimensional picture,” he explains.

Points in the scan are given a three-dimensional co-ordinate and this virtual copy of the scanned site can then be passed to designers working on the project.

“The beauty of it is that you capture pretty much everything,” says Nigel. “You go out to a site, do a scan, come back to the office. Get the information you’re interested in today and perhaps six months later someone will say: ‘We need to know exactly where that building is.’” The information is logged in a database and can be swiftly retrieved.

Other advantages of the scanner over traditional surveying methods include the ability to capture survey data remotely. “This has advantages in roads and highways where we are able to survey structures from safe areas without having to implement traffic management arrangements and put surveyors onto the carriageway,” says Nigel.

“Where we can be innovative is looking at the use of the scanner for new applications. We are planning to use it to capture condition surveys of existing tunnels both before and after tunnelling in proximity to them.  This will capture details such as water ingress and cracks and can also give you deformation and movement information.”

Costain bought the £30,000 scanner two months ago, with one of its first tasks being to survey some of the horizontal drive on the National Grid London Power Tunnels contract (see image right), its Early Contractor Involvement work on the Heads of the Valleys roads project in Wales and the ‘Cleaner Seas for Sussex’ work around Brighton.

“It’s a new offering for us and now we can do surveying faster, more cheaply and more comprehensively,” says Nigel.