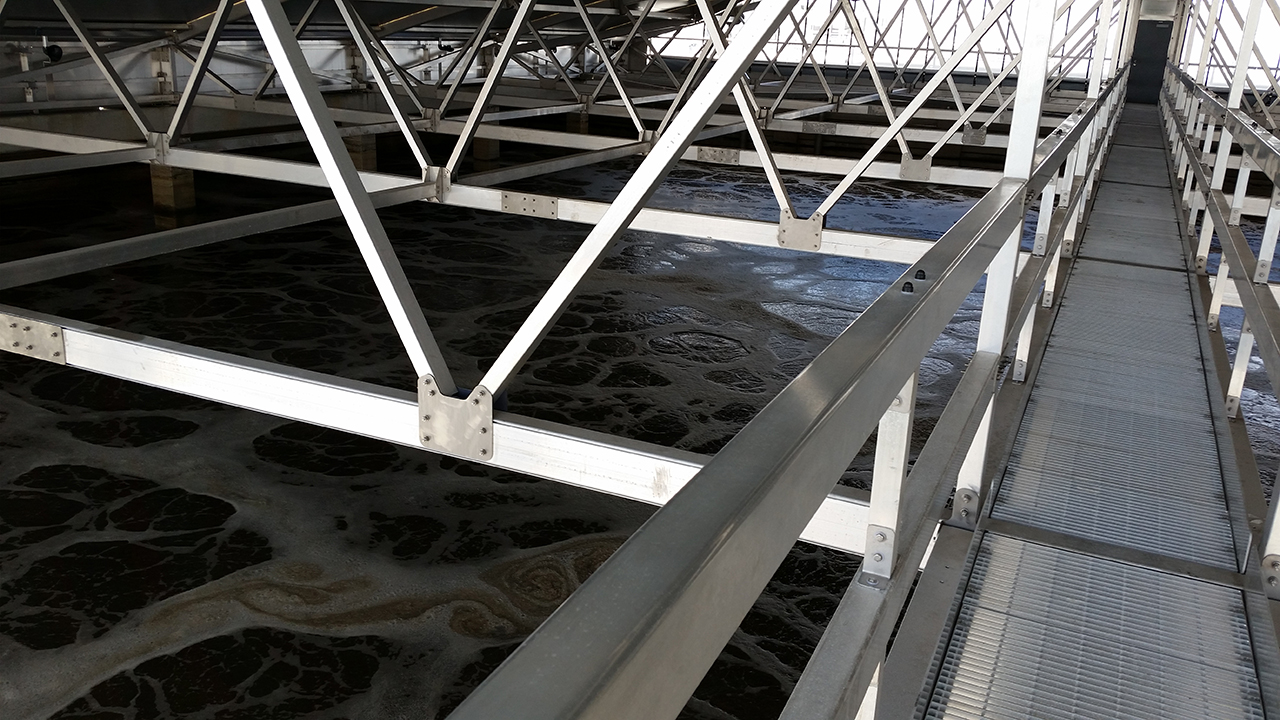 One of the largest AMP5 projects in the UK, the extension has been built in the redundant Wellington Dock next to the existing waste water treatment works in neighbouring Sandon Dock. It includes a new secondary treatment process: a 16-cell, two-storey, 21m-high sequencing batch reactor (SBR) plant - the UK’s first multi-storey CASS (Cyclic Activated Sludge System) SBR.

When fully up and running next year, the treatment works will be capable of processing 4750 litres per second of wastewater and will keep the Mersey clean for generations to come.

Said Andy Fielding, GCA JV Innovation Champion for the Liverpool Project: “Commissioning is on programme and going well. We started at the end of April and by 26th May six of 16 cells had been successfully commissioned and are now on a four-hour automatic cycle as planned.

“It’s been a very busy time getting everything ready for commissioning. Recently that’s included preparing the new high voltage switchgear and getting the electrical power connected to commission the SBR feed pumps and aeration blowers. We’ve also been testing the 2.2m diameter large bore pipe.

“The main challenge however is getting the new SBR process established without affecting the existing works. The target is to get all 16 cells process commissioned by the end of July.”