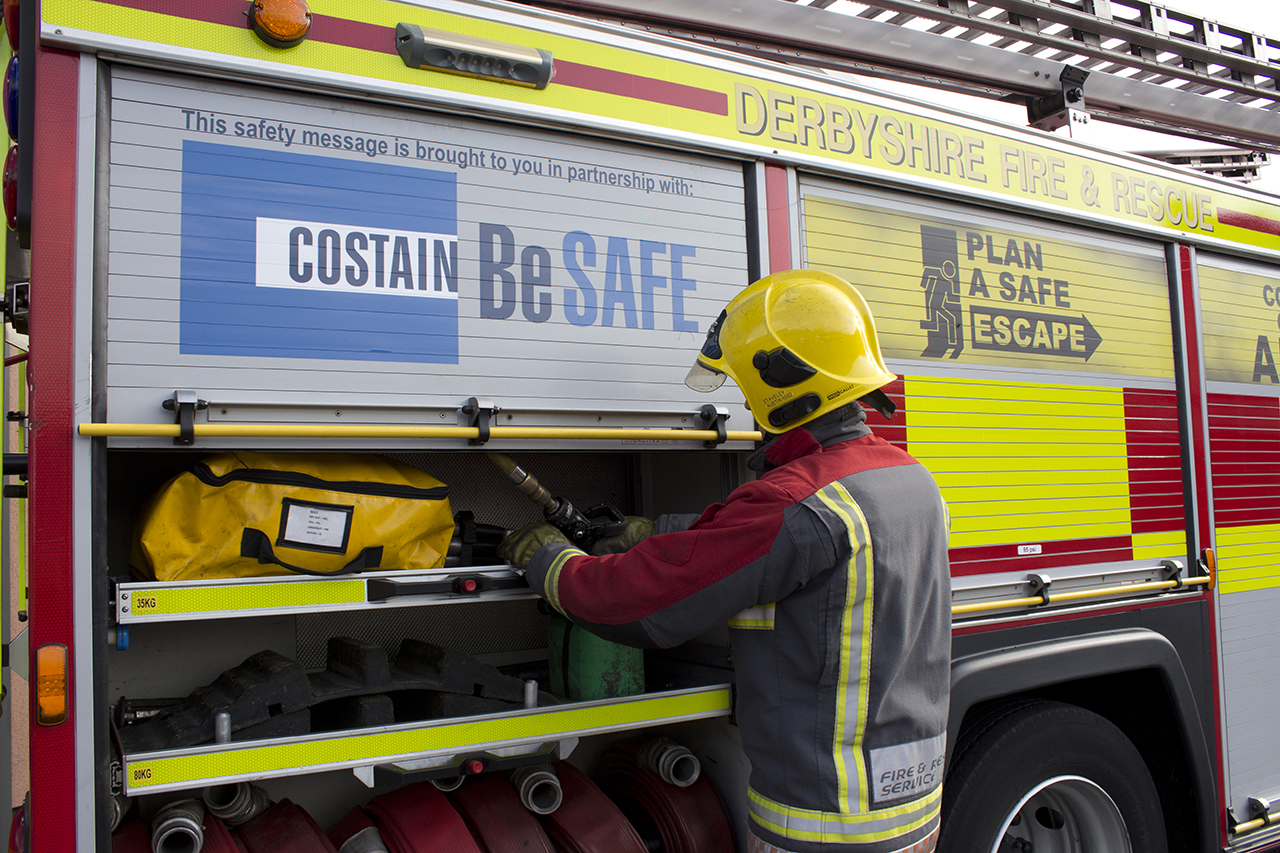 The Costain logo can now be seen on a new backdrop, following a sponsorship arrangement with Derbyshire Fire and Rescue Service (DFRS).

The Company’s ‘Be Safe’ message has been applied to one of the Service’s fire engines in the latest bout of community engagement by the M1 Smart Motorways project.

The M1 is being improved by making it a smart motorway between junctions 28-31 & 32-35a. Smart motorways help relieve congestion by using technology to vary speed limits. They also allow the hard shoulder to be fully converted to a permanent running lane to create additional capacity. They deliver these benefits at a significantly lower cost than conventional motorway widening and with less impact on the environment during construction.

DFRS operates a safety initiative that uses almost 30 of its fire engines across the county as mobile billboards and Costain is sponsoring the advertising on the fire engine based at Staveley, a suburb of Chesterfield.

“Costain is a proud supporter of Derbyshire Fire & Rescue Service and, through this partnership, we are delighted that we can help promote safety within the local community,” said Senior Community Relations Manager, Richard Paddey, as the vehicle was unveiled.

Costain has a continuing engagement with DFRS, said Richard.

“Last Christmas Day, for example, the firefighters went into a local hospital to deliver presents that we donated.

“We’re placing the Costain ‘Be Safe’ logo, which appears on all our protective equipment, on one of the fire engines that’s stationed in a suburb of Chesterfield. This fire engine can be seen within the local area and demonstrates our commitment to the local community.”

“DFRS is delighted that Costain has chosen to sponsor the safety messages on one of our emergency response vehicles,” said DFRS Partnership, Funding and Marketing Officer, Pam Thindal. “Costain is dedicated to promoting safety within the local community and we have a good working relationship with them, which I am sure will continue to grow.”