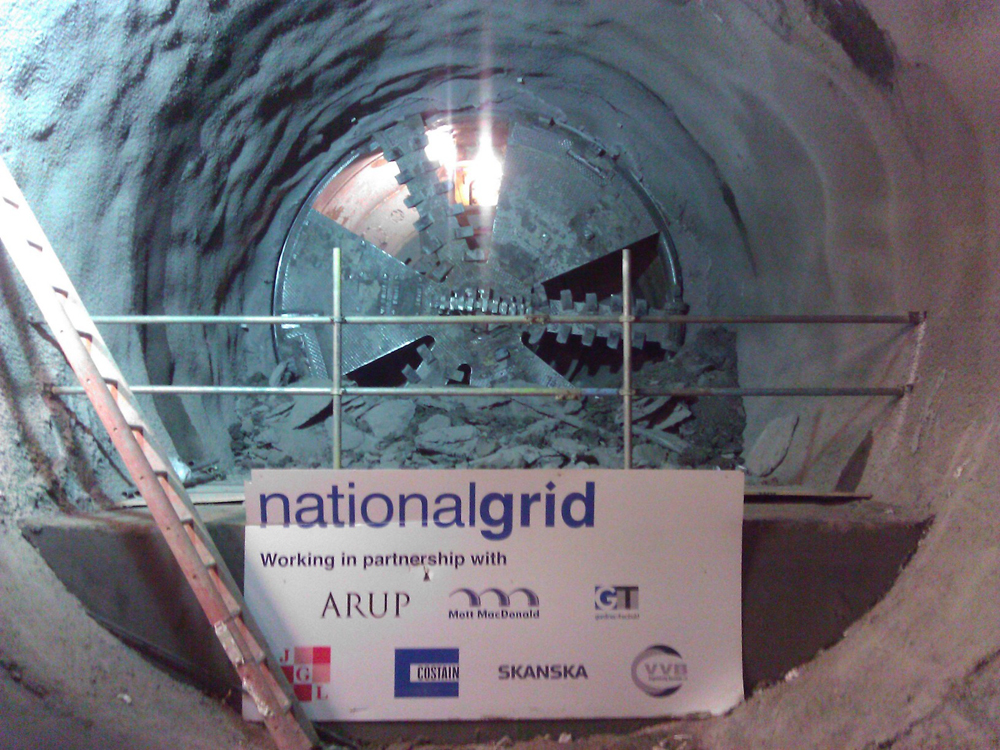 A major milestone has been reached on the Costain project to build an underground electricity superhighway deep under London.

Giant tunnel boring machine (TBM) ‘Cleopatra’ has completed an 8km drive from Eade Road in Haringey, north London, to St John’s Wood Substation, in the northwest of the metropolis . Together with earlier tunnelling by her ‘sister’ TBM, Evelyn, almost half of the planned 32km of the London Power Tunnels (LPT) project (Client: National Grid) has been completed.

The project is creating new routes for 400kV high-voltage electricity cables beneath the capital, playing a vital role in ensuring Londoners have reliable power supplies for decades into the future.

In the process she has removed 250,000m³ of earth, while some 36,000 concrete segments have been bolted together to form the new tunnel.

A team of specialist tunnelling engineers sits within the length of the TBM, guiding it with literally inch-perfect precision to its destination.

“This breakthrough is the culmination of nearly 18 months’ work for the entire team and demonstrates Costain’s ability to design, engineer and deliver projects that meet national needs,” said Andy Firth, Costain Project Manager.

“While the team is celebrating this success, this flagship project for National Grid has another 16km of tunnel to be completed and the team is already in the process of addressing this challenge and delivering the next milestone.”

National Grid’s Head of Cable Tunnels, David Luetchford, added: “This project is an excellent illustration of what National Grid is all about – helping keep people plugged into their power supplies.”