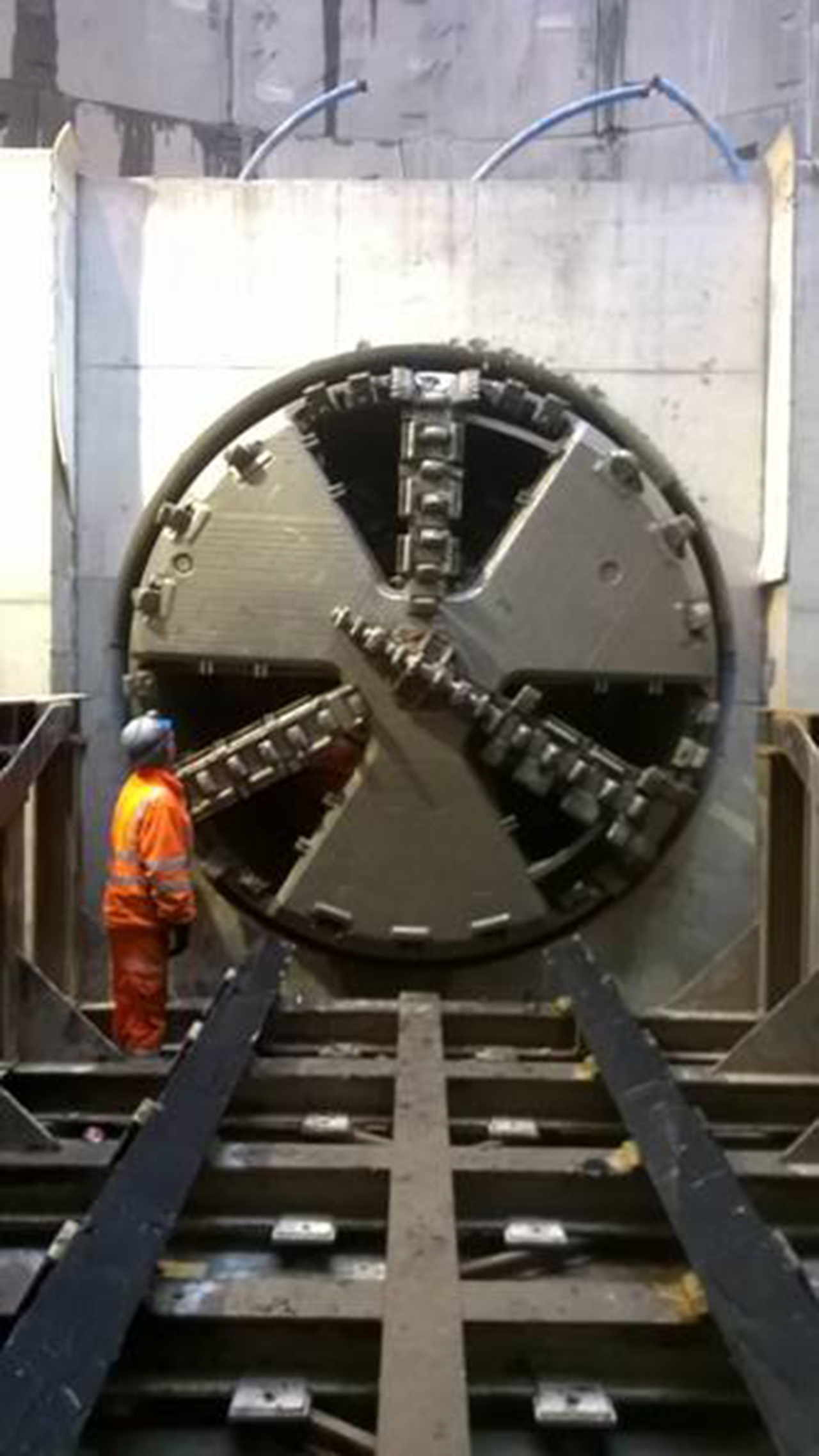 The GallifordTry, Costain and Atkins (GCA) joint venture has achieved a major milestone on the SAL018 Manchester Trunk project at Eccles, Manchester.

It has successfully completed the excavation and construction of the 515m-long, 2.85m-wide sewer tunnel designed to store storm water as part of client United Utilities’ major scheme to improve sewer overflows in the Salford area.

Work on the six-piece trapezoidal precast concrete segmental tunnel began on 1 October last year from a 13m-deep secant piled shaft at United Utilities’ Eccles wastewater treatment works. Elsie, a Lovat MP132SE EPB (Earth Pressure Balance) tunnel boring machine weighing 115 tonnes, then bored her way through a mixture of sands, gravels and clays at an average depth of 14m below ground. She typically progressed at a rate of around 70m a week.

Recently Elsie successfully broke through into the reception shaft near Junction 11 of the M60 motorway at Eccles.

It was a great moment for the GCA delivery team, which included Costain tunnelling specialists brought in to help design and plan the tunnel drive.

Said GCA Senior Project Manager John Holding: “The self delivery model used at Eccles has produced significant benefits to the project by utilising in-house specialist resources. The tunnel, which runs parallel and very close to the M60 Barton Bridge and carriageway, was completed without incident and in a timely manner which is of great credit to all Costain tunnelling personnel and equipment integrated into the GCA delivery team.”

Elsie will now be removed from the tunnel and shaft and thoroughly cleaned and stored in readiness for her next project, a job that will take a team of 25 people around six weeks to complete.

Meanwhile GCA civil engineering teams will continue with the construction of the completion shaft and combined sewer overflow chambers throughout 2016.