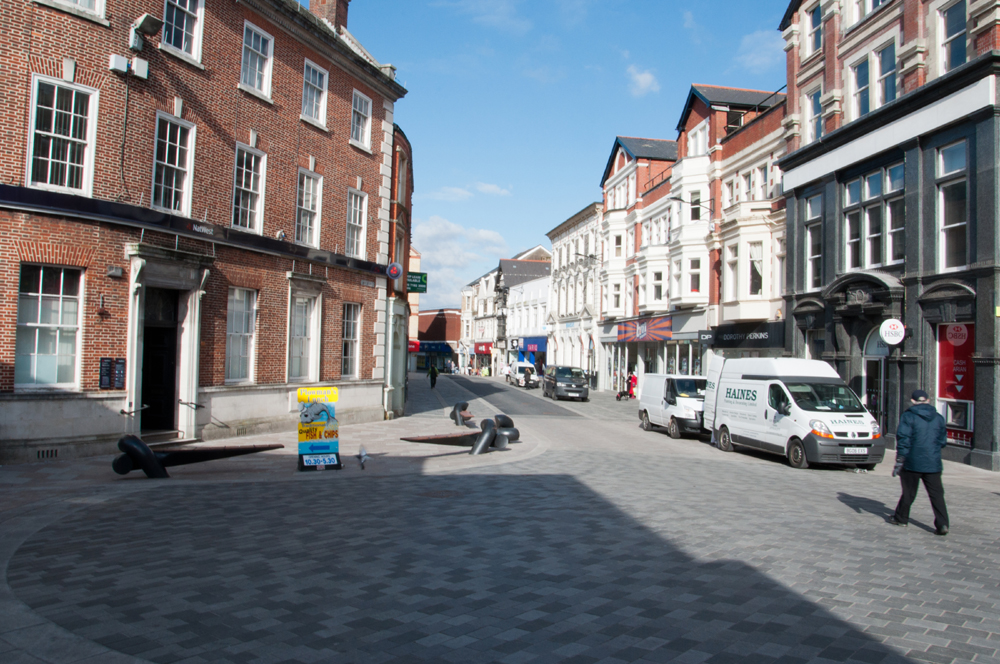 Deadline day is approaching for completion of a major project in Wales.

The Pontypridd regeneration project includes a full refurbishment of its public areas.

The project has been undertaken for an established Costain client, Rhondda Cynon Taf County Borough Council (RCTCBC). Originally a town that flourished with the surrounding coal industry, the decline of mining badly affected the town. A large, twice-weekly town centre market had also experienced a decline in customers over recent years and the regeneration programme is intended to significantly enhance the public realm of the historic town setting and attract visitors back.

The council was able to get the revitalisation project underway around two years ago after winning financial backing from the Welsh Government and the Welsh European Funding Office.

A major challenge has been the topography of the town, a long, linear urban environment with narrow streets. Costain had to undertake the refurbishment while keeping thoroughfares open, particularly so that deliveries and pedestrians could have access to shops.

“In partnership with RCTCBC we’ve created a DVD of the project with Pontypridd High School, produced four newsletters, sponsored Ponty’s Big Weekend pop concert for the last two years and again this year (including major acts like JLS, Olly Murs and The Wanted) and undertaken many community initiatives.”

These have included raising more than £15,000 for Cystic Fibrosis, while the team’s efforts to keep the town centre navigable to the community earned them a Bronze Considerate Constructors Award last year.

One novel initiative undertaken by the team was to canvass every shopkeeper at the start of the project, to create a database of names of managers and key staff, plus their telephone numbers. Around 80% of the town’s shopkeepers signed up and were sent regular text messages to keep them up-to-date with any potential construction disruption in their streets.

• For more details see www.loveponty.com  and follow the links to regeneration.