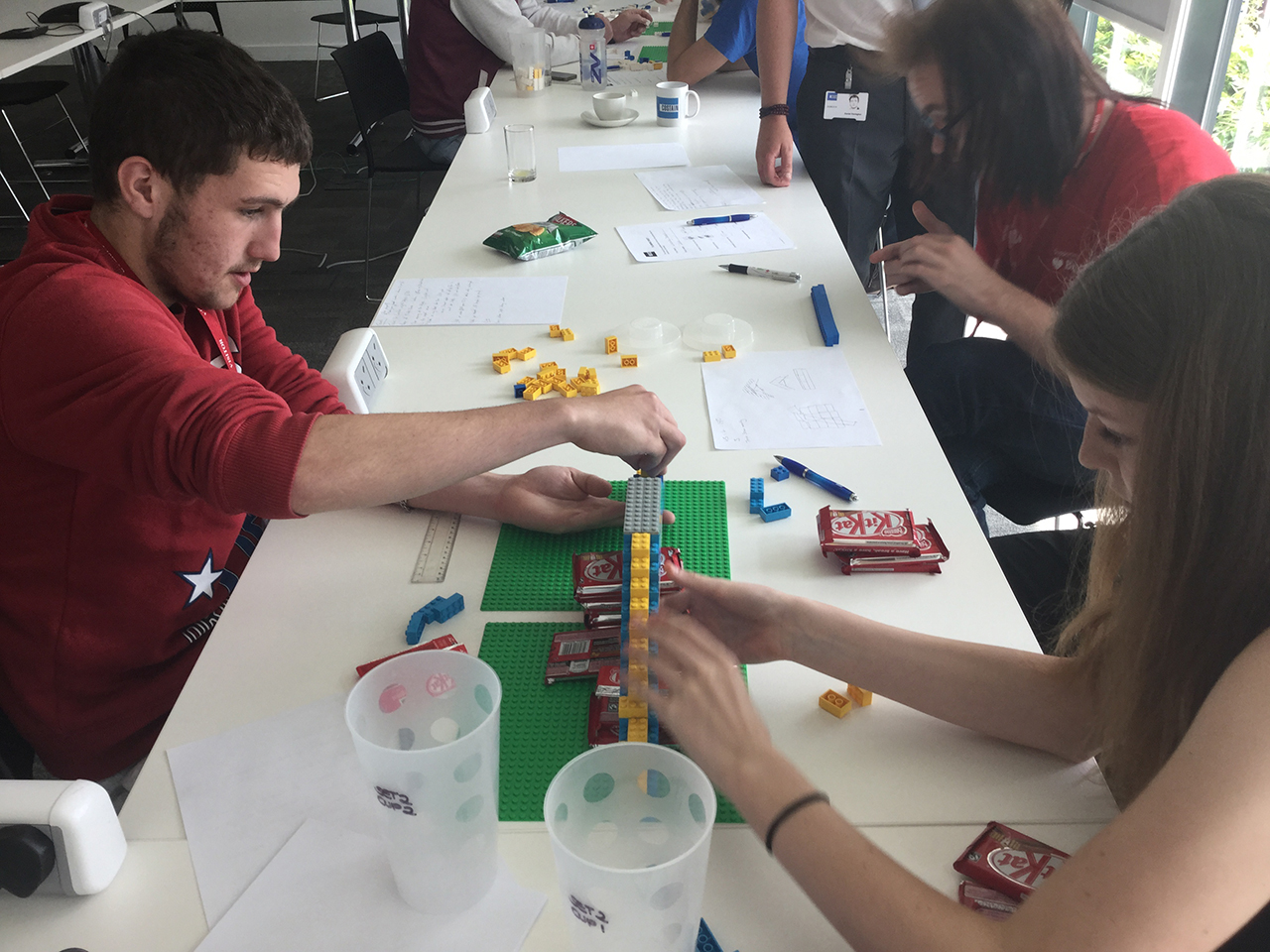 Colleagues at Costain’s Manchester office have given a group of young people a valuable insight into the world of work.

The young people aged between 16 and 21 and all from Bolton are participants in the Team Programme run by The Prince’s Trust, one of four charities being supported by the Costain 150 Challenge.* The programme is a 12-week personal development course that aims to give disadvantaged young people who are not in education, employment or training, life changing experiences including a two-week work experience placement, practical and employability skills, involvement in community projects and qualifications to enable them to move forward in their lives.

“Some of the group have never worked so the idea was to give them experience of the working environment,” said Hazel Scannell, PMO Systems Coordinator in Costain's Natural Resources Division, who accompanied the group on its visit. “They spent a day with us, during which they found out about Costain and all its different departments, and watched a presentation put together by some of our engineering apprentices. We also gave them a tour of the office so that they could meet people and be inspired in a variety of roles.

“In the afternoon we set them the task of building a bridge out of Lego – and testing it with Kit-Kats! They also met our HR department who talked with them about how to get into work and passed on tips about CVs, interviews and so on.”

They all enjoyed their day and said they would like to do the work placement that is part of the programme at Costain. “This is something we are now looking into for at least one member of the group,” said Hazel.

She added: “It’s the first time we have taken part in The Prince’s Trust Team Programme. We wanted to foster a deeper involvement with The Prince's Trust, as well as raising money as part of the Costain 150 Challenge.

“The day went really well and we are now aiming to set up another two visits. It’s great that we can give young people a taste of the working environment and hopefully help improve their career prospects. Our staff have a lot of skills and experience which could benefit young people in the region and really make a difference. We hope to develop further links with the charity in future.”