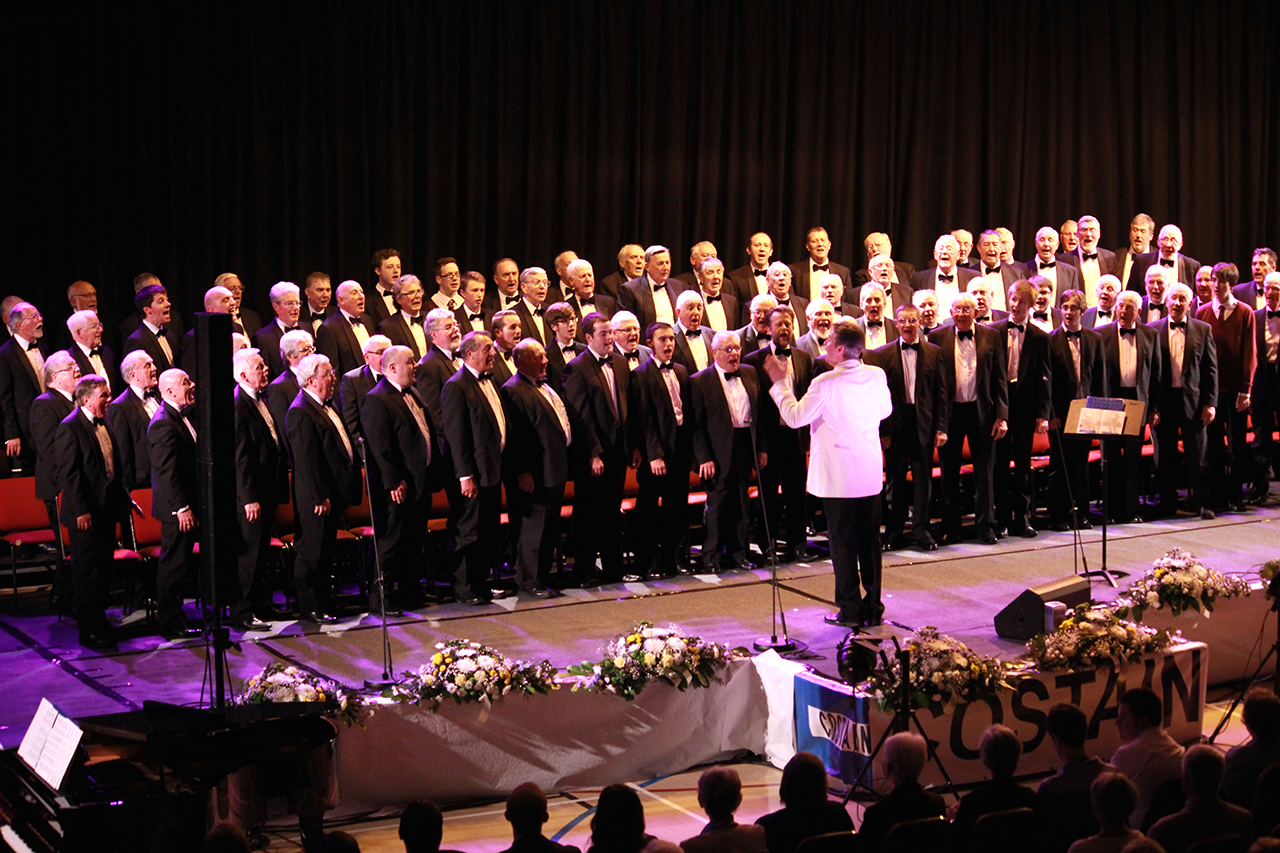 Darren James, Costain’s Managing Director for Infrastructure, was recently made Vice President of the Pendyrus Male Choir, the world renowned choral group, at the Rhondda Valley Annual Gala Concert, in recognition of Costain’s longstanding commitment to community events in Rhondda.

The gala concert was held in Tylorstown, the choir’s birthplace in the Rhondda valley. The Pendyrus Male Choir, reputedly the Rhondda choir with the longest unbroken history, hosted the event at the Rhondda Fach Sports Centre recently, featuring the talents of Treorchy Comprehensive School’s senior choir and home-grown West End star, Sophie Evans.

Costain’s and Darren’s relationship with the Rhondda area and the Pendyrus Male Choir goes back to 2004 when Darren, then a Project Director working on the Porth Relief Road project, set up a Community Engagement Programme that included an annual Charity Gala Concert.

“We are deeply passionate about our responsibilities as a business, particularly as we often move into local communities to work for extended periods of time. The gala concert came out of Costain’s Community Engagement Programme, which included organising and committing to local community events, which is now widely requested by many of our customers across the UK,” said Darren.

This now widely acclaimed Annual Gala Concert has received continued supported from Costain, right through its contracts at Church Village Bypass, A465 Heads of the Valleys Road, Valleys Line Electrification and the forthcoming M4 Corridor around Newport.

Over the years the Annual Gala Concert has attracted international stars like Katherine Jenkins, and this year the event welcomed Sophie Evans who shot to fame on BBC reality television show, Over the Rainbow.

The Pendyrus Male Choir celebrated its 91st birthday this year and their 100 booming voices filled the sports hall as they delivered a range of favourites including Men of Harlech, Myfanwy, Moon River, Gwinllan a Roddwyd i’m Gofal and Y Tangneddwyr.

During his acceptance speech, Darren paraphrased a line uttered by Stanley Baker, a famous son of Tylorstown, who played Lieutenant Chard of the Royal Engineers in the 1964 film Zulu:

“On behalf of Costain I am extremely grateful for this award and extremely proud that our legacy continues to make such a positive impact in the community. To quote one of your famous sons, I am deeply humbled by the honour, but I only came here to build you a bridge.”

The bridge in question is the Rheola Bridge, a 150m-span structure which crosses the Rhondda Fach and the Rhondda Fawr rivers, the Cardiff to Treherbert railway line and the busy A4233, and was the signature structure on the 2004 Porth Relief Road contract.