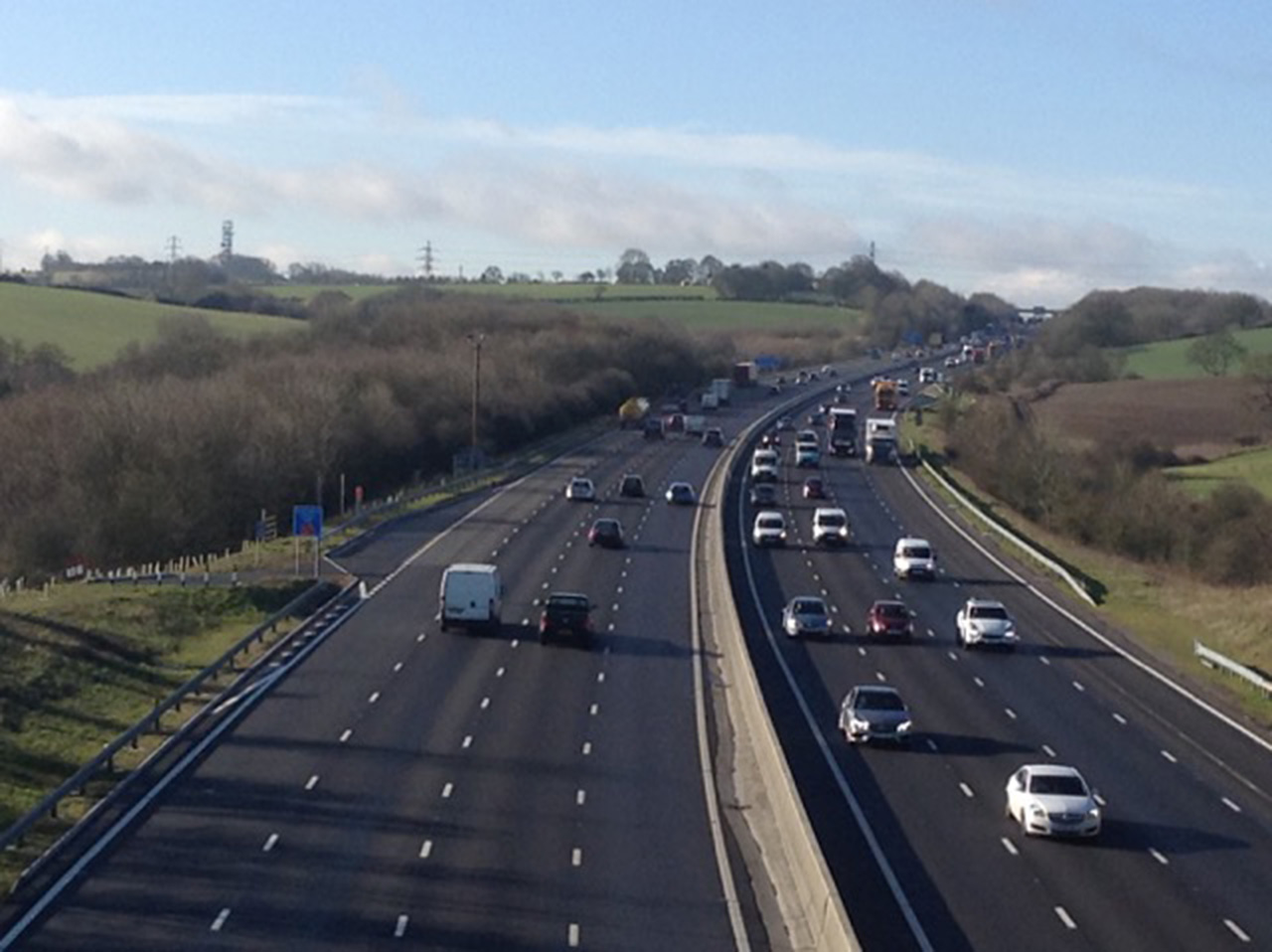 The final stage of a £205 million project to cut congestion and improve journey times on the M1 in the East Midlands and South Yorkshire is now open.

Costain carried out the work on the 20-mile section of Highways England’s Smart Motorway scheme between Junction 28 near Mansfield and Junction 31 near Worksop - the longest ALR (All Lane Running) scheme delivered to date. The scheme went fully live on 31 March, improving journeys for the 95,000 drivers who use this stretch of motorway every day. The designer of the scheme Mouchel worked with Costain under the ‘One Team’ banner to carry out site supervision duties.

More than 4500 people, over 400 each day, have worked 1,750,000 hours on this section of the motorway since the project began in August 2014. They have converted the hard shoulder into a permanent extra lane with extensive drainage and barrier works that included 32 miles of surface water drainage, 17 miles of subsurface drainage and 12 miles of filter drain stabilisation to accommodate the change in layout. Seventeen overhead gantries with 66 electronic driver information signs and 74 electronic lane controls have been installed, along with nearly 100 CCTV cameras with infrared capability, enabling staff in regional control centres near Nottingham and Wakefield to respond quickly to incidents and close lanes if necessary. Drivers will also be able to use 20 specially built emergency refuge areas if they break down.

The Costain team minimised disruption and created a safe working environment with temporary narrow lanes and a 50mph speed limit that kept all three lanes open to traffic in each direction. They also trialled new ways to improve the customer experience through the roadworks and introduced innovations such as new techniques for cross-carriageway ducts and drainage attenuation. The team also implemented a temporary building management system that reduced energy consumption.

The project has also been a high achieving Skills Academy (National Skills Academy for Construction), consistently meeting and beating its targets. Successes included several placements from The Prince’s Trust Get into Construction scheme, Construction Ambassador training, the recruitment of apprentices and the completion of more than 10,000 hours of training.

Delivery of the scheme has been a “fantastic achievement” said Richard Stuart, Costain Project Director: “It has involved high levels of collaboration between the project team, Highways England internal stakeholders and many external stakeholders. Despite numerous challenges along the way, the project has stood out for the one-team spirit which has underpinned the successful delivery through industry leading production rates, innovation and skills development. Of particular note is the holistic approach that the team has taken to the improvement works, with significant additional maintenance and asset renewals works delivered through the scheme to make most efficient use of the team’s presence on the network”.

Said Highways England senior programme manager Andy Kirk: “We are delighted that the last stretch between Chesterfield and Worksop has now opened.

“Converting the hard shoulder in to an extra lane will significantly increase capacity, and we’ll keep vehicles moving using variable speed limits. We would like to thank drivers for their patience over the last nineteen months while we carried out the works.”