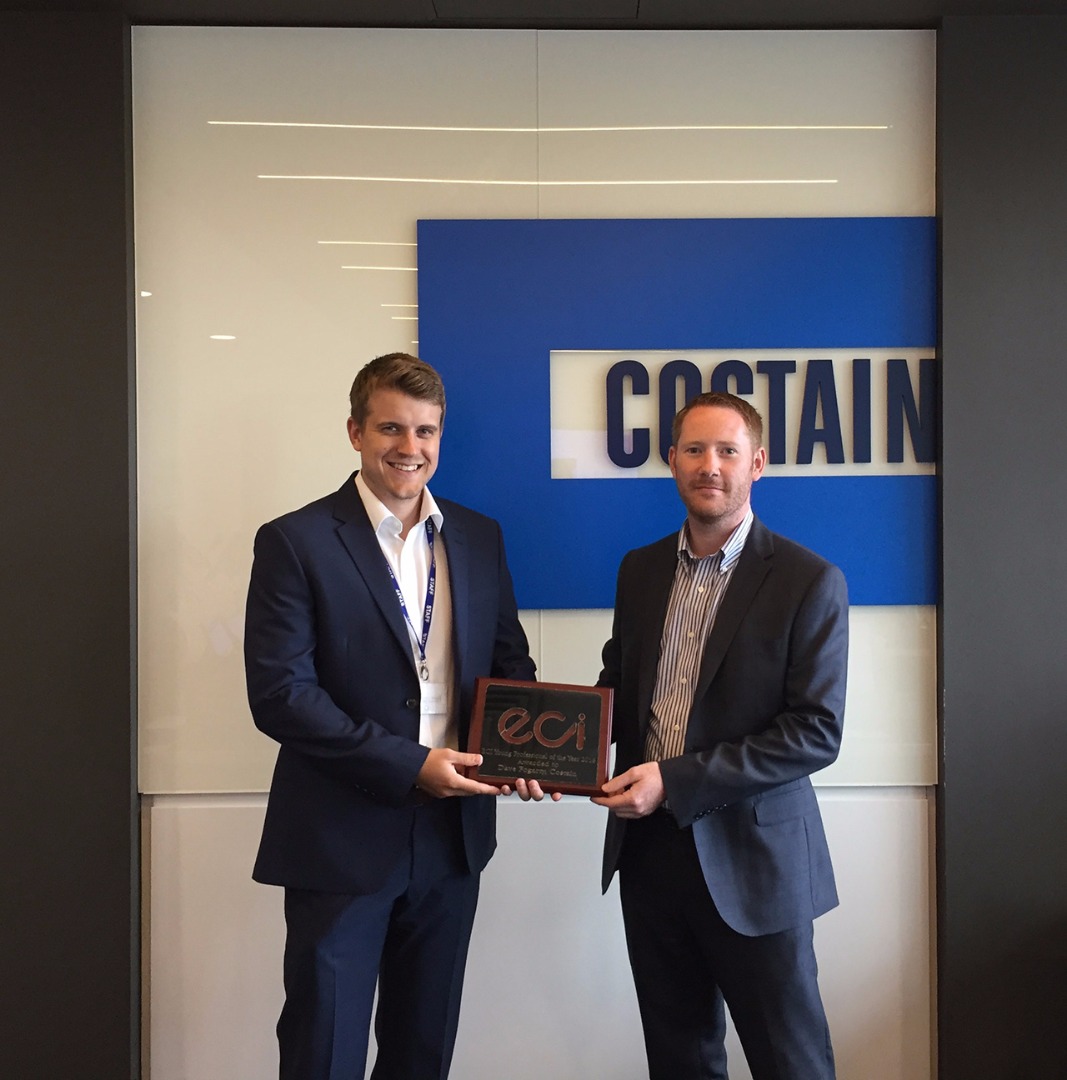 A 26-year-old Costain Planning Engineer has been named as the European Construction Institute (ECI) Young Professional of the Year.

Manchester-based Dave Fogarty won the award after being put forward by the Project Management Office’s (PMO) Head of Planning Jon Russell and PMO Director Shane Forth.

“It came as a bit of a surprise,” said Dave. “They called me into the office and said they were planning to nominate me.” Ironically, Dave was on holiday when his success was announced, with Jon picking up the award – a framed certificate and silver plaque – on his behalf at the ECI conference at the Heathrow Marriott.

Jon also gave a presentation on apprentices and Dave’s career to date.

The ECI sets out a substantial list of criteria for those entering the competition. These include:

• involvement in the wider engineering and construction community;

• and creation of exposure for engineering or the undertaking of ambassadorial work.

The nominations were judged by a panel of senior industrial representatives and the ECI management team.

Dave started in the industry aged 17 as a project controls apprentice, where he first spent a year in a craft training centre learning hands-on engineering and construction skills, before coming into the office. “It was one of the first schemes of its kind in the UK,” he said. “It had a combination of disciplines including planning, engineering, cost control, estimating and document control.”

He retains that liking for a multi-disciplinary approach in his present role of Senior Planning Engineer, where he is currently heavily involved with work-winning and tendering.

“A civil engineer, for example, would work on a specific part of the project and be completely dedicated to that for two to three months whereas I’m developing engineering procurement and construction schedules. I get to see the full life-cycle of the project, which I particularly like,” said Dave.

“With project controls there are a lot of transferable skills. I’ve worked so far on nuclear, oil & gas and water projects.”

He has just completed work on a major energy sector tender for compressor stations.

Additionally, he has taken on the role of a mentor for project control graduates and apprentices at Costain, offering advice and structuring their development and career paths.

In the wider community Dave has recently presented at an Engineering Construction Industry Training Board (ECITB) Service Leaver event at the Imperial War Museum, Manchester. This event targeted military service leavers and also those who lost their jobs in the north-east at the SSI steelworks in Redcar, talking about career paths and opportunities within the industry.