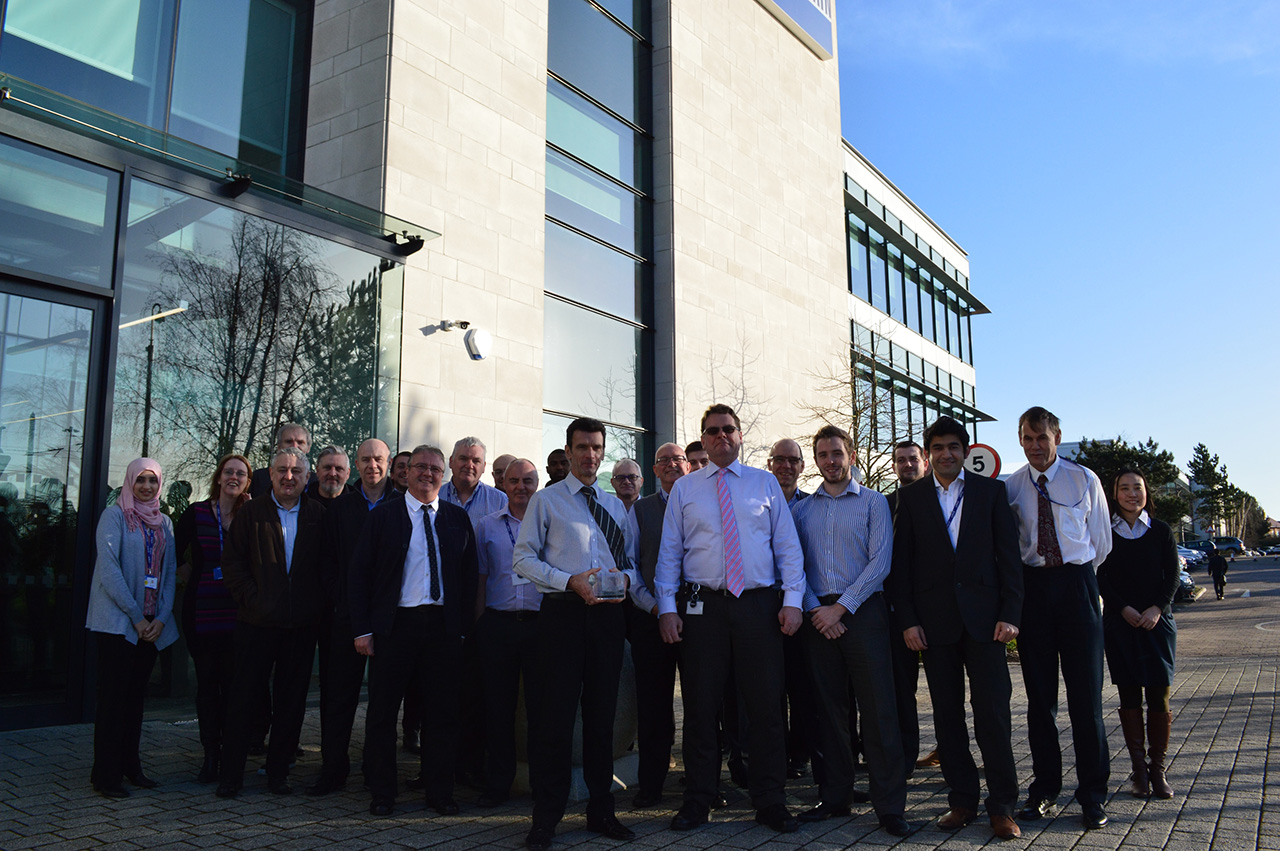 Costain is working with the international utility company to modernise its strategically important compressor sites at Peterborough and Huntingdon, which allow natural gas to be transported around the UK high pressure transmission system.

The award was presented to Costain in February by the National Grid Leadership Team. The Process Safety Award is open to all UK contractors working on National Grid projects and is awarded on a half yearly basis. The award aims to raise the profile of process safety within National Grid’s project delivery supply chain and to recognise achievements in this key area.

“We are delighted to receive this award. As a team, we have worked very hard to integrate National Grid’s process safety requirements with Costain’s policies, and this award demonstrates how well our two safety cultures have come together. We didn’t know we were in the running for this award – we were just doing what we normally do, so I think this really reflects well on our project delivery approach,” said Adrian Jones, Principal Design Safety and Environmental Engineer in Costain’s Natural Resources Division.

Adrian added: “These projects are based around brownfield developments, on sites which are already heavily utilised and will be delivered with some degree of simultaneous operation of the gas network, so process safety concerns have been paramount from the outset of the project. Because of National Grid’s supply obligations, this work can’t be done as a single construction installation but instead must be phased over two to three summer outages. Designing for safe shutdown and restart of the compressor sites after each summer outage has been a major challenge.”

Costain and National Grid are committed to being industry leaders in Process Safety best practice, fully recognising their responsibilities to staff, local communities and the environment.

“Our focus has been diverse, covering site specific process and construction safety issues, as well as ensuring that the local community and environment are not adversely impacted by the site upgrades both in terms of the construction and future operations,” said Adrian.

Costain began working on the project in January 2014, completing a Feasibility Study in January 2015 and the full FEED of each site at the end of 2015. The completed FEED schemes are now being used by National Grid as basis to invite tenders for the Engineering, Procurement and Construction contract for the Peterborough and Huntingdon compressor site upgrades.

Appointment of a Principal Contractor is anticipated in Q3 2016 with construction to commence in summer 2017 and project completion in summer 2019.