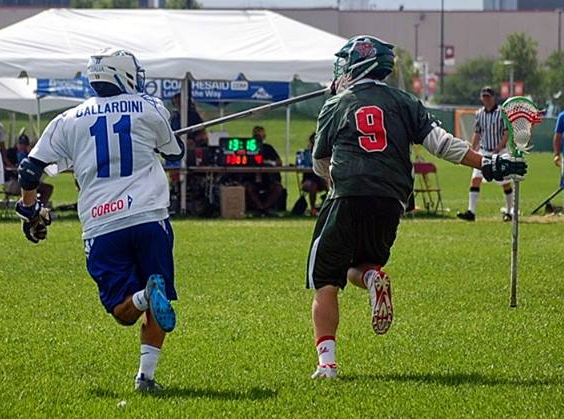 Myles Johnstone, a Graduate Engineer working on the London Power Tunnels project, has just returned from representing Wales in the World Lacrosse Championship in Denver, Colorado.

Myles, a midfielder, played in seven games and helped Wales to five wins. Although the team didn’t make the Championship playoffs – due to getting beaten by New Zealand - the experience of playing in a world tournament with 37 other nations will certainly live long in the memory, said Myles.

“This was my second tournament for Wales as I played in the 2012 European Championships in Amsterdam, but attending the world games was a very different experience. Lacrosse is widely watched at college and professional level in North America, so to be able to play in front of a big American crowd was amazing,” said Myles.

Wales beat Argentina and Russia in the group stages but lost to New Zealand which sadly saw them miss out on an opportunity to take a Championship spot. They then beat Italy to potentially come 9th but an unexpected loss to Switzerland put Wales into 17th- 20th position. However, they beat Latvia and Italy again to take  17th place.

Using a netted stick and ball, lacrosse is a fast-paced running and shooting game created by Native American Indians hundreds of years ago. Migrating south to the United States from Canada in the 19th century, the game has won many supporters around the world. Yet despite its growing appeal, its spiritual home is still firmly in North America. Indeed, eventual winners Canada beat the USA to clinch its third Federation of International Lacrosse World Championship gold medal.

Myles has been involved with lacrosse since he was 12, playing through school, university and for various clubs around the UK. Yet it’s not a sport that’s widely played here, so what’s the attraction?

“At my school, you either played lacrosse or rugby. Lacrosse took my fancy and I have carried on playing it ever since. It was also a lot of fun to keep playing at University as not only did I play for the University but the local side which was Newcastle Upon Tyne Lacrosse Club,” said Myles.

Myles added: “The competiveness and physicality of the sport makes it a lot of fun. No matter what league or tournaments you play in, there are always familiar faces and although the league is split up into north and south you will always come across someone you know.”

Myles started at Costain as a Graduate Engineer in 2012 and has worked on a number of projects including Evap-D, Manchester Waste and, while still at University, M53 Bidston Moss. Myles balances his work commitments with playing lacrosse, although his training regime intensifies massively around major tournaments which can take its toll physically.

“It’s a physical sport and getting yourself up for training after a hard day at work can be tough but it’s something I really enjoy. When I’m in London I play and train for Purley but when I’m back home in Manchester I play for my old club, Poynton,” said Myles.

“It would be great to play in the next World Games in Manchester, but before then, there’s the European Championships in 2016. Hopefully with continued training I’ll make the cut for that,” said Myles.