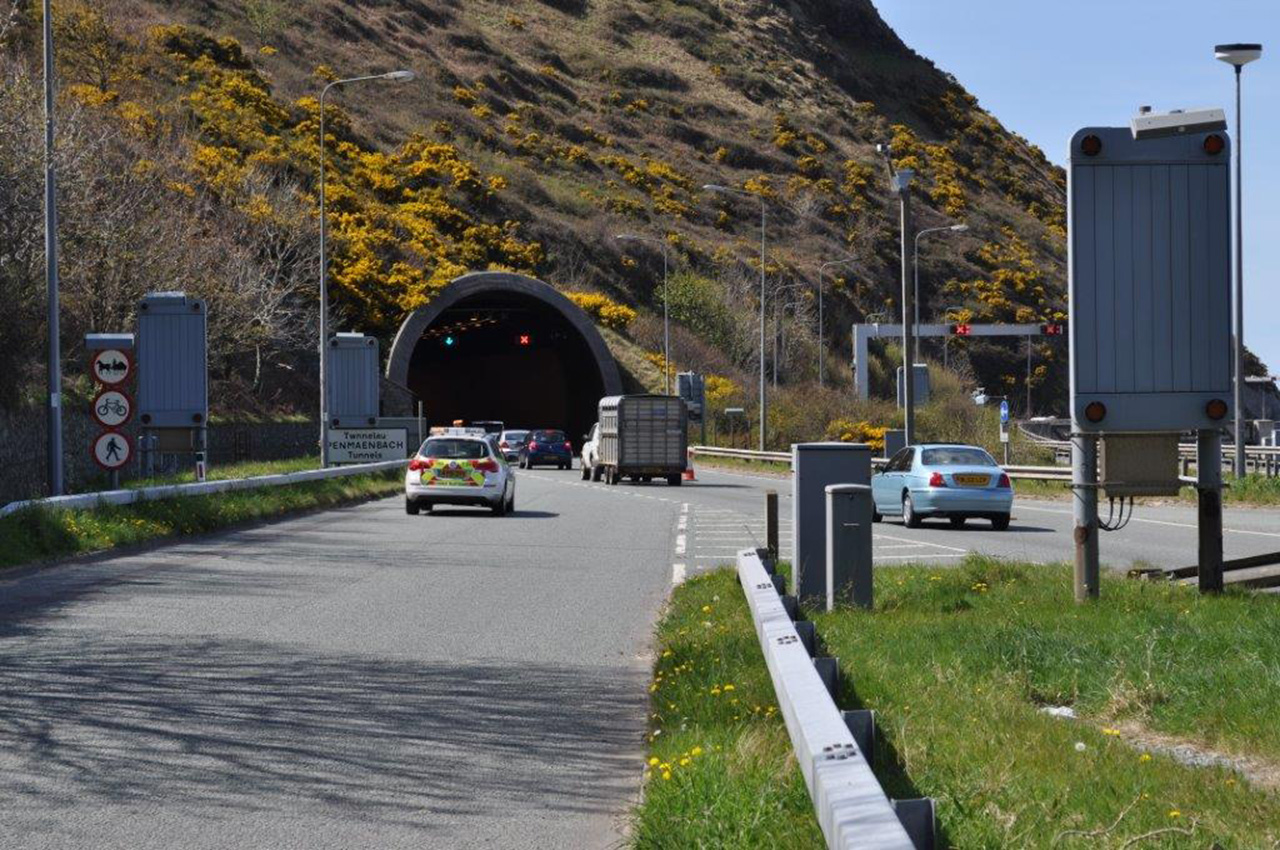 Costain is managing a suite of projects in North Wales that will result in safer journeys for motorists using the A55 trunk road.

It is overseeing the installation of safety and resilience systems in three road tunnels – Conwy, Penmaenbach and Pen-y-Clip. When complete, the projects will enable traffic-monitoring personnel to provide a swifter response to any incidents that occur in the tunnels.

The jobs form part of the Ancillary Works Framework, under which Costain is one of five companies undertaking a series of smaller-scale jobs on Wales’s roads for the Welsh Government.

“It’s a series of mechanical, electrical and technical projects, but they’re all related to improvements in the road network in North Wales,” explained Russell Davies, Framework Manager for the three jobs.

“Typically they involve safety systems, environmental controls and systems that monitor the condition of equipment in the tunnels and react accordingly,” he said. “There’s one that involves improving the power resilience where we’re putting additional generators into the tunnel service buildings to cope with any power outages and keep traffic moving. There is also a variable message signing (VMS) system that controls the approaches to the tunnels.

“We’re talking about an awful lot of computer networks, deploying monitoring systems out in the field, with a lot of complex software in those systems.” For the software aspect of the work, Costain is using preferred supplier Core Control Solutions of Derby.

“The design and build process has been very lengthy, for good reason, because they’re quite complex systems that interact and are concerned with public safety. For example, if there’s an incident in a tunnel, we have to put up an appropriate message on to the VMS literally within seconds.”

“We’re managing things such as the design and pulling together all aspects of the design. We use Core to deliver all the software that drives all the signs; it’s a great relationship.”

The three projects are due to complete between March and June 2016.

Caption: The Penmaenbach Tunnel is one of three being upgraded by Costain.