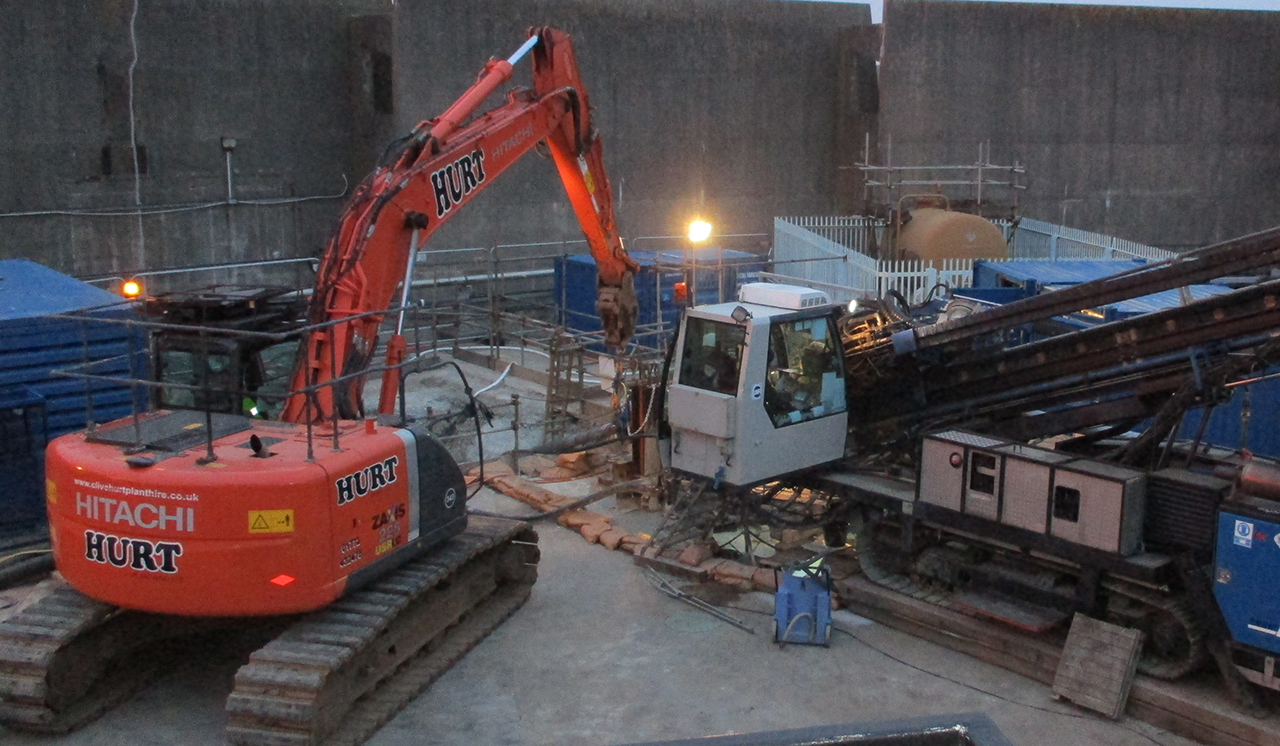 Costain has successfully completed construction of a pipeline that will allow the decommissioning of one of the UK’s disused nuclear power stations to proceed.

Client trials of the new Active Effluent Discharge Line (AEDL) are nearing completion at the Magnox Wylfa nuclear power plant on the island of Anglesey. “Following successful commissioning, it allows Wylfa to proceed with the defueling and decommissioning as planned,” explains Magnox Project Manager, Gafyn Jones.

The trials follow two contracts carried out by Costain, one for the AEDL’s design phase, completed last year and a second for its implementation, which started at the beginning of 2016.

The implementation phase contract is a small project, said Delivery Director, Lee McLaughlin, “but absolutely critical to the future decommissioning of the site, so it has large value to the client.”

Wylfa, which is situated on the North Anglesey Heritage Coast, ceased generating electricity at the end of December 2015.

During the operational life of the power station, small amounts of low level effluent were diluted by the continuous flow of reactor cooling water system and dispersed to sea. Following the switch-off it was no longer desirable to run the main cooling water pumps at the site, so an alternative method of dissipating the effluent was required.

This involved installing new stainless steel and high-density polyethylene (HDPE) co-axial pipes to transport the active effluent from within the site, under the foreshore and out under the seabed to the required termination point in deep water in the Irish Sea.

Jon Griffiths, Costain Project Manager, considers the “detailed planning and integration with the Magnox team, together with close collaboration with the supply chain during the design phase,” as the main contributing factor to the close adhesion to the original contract schedule and overall project success.

The HDPE pipe was constructed and tested at Holyhead harbour, then towed 15 miles to Wylfa by tugs. Divers helped connect the new co-axial pipes to the 13-inch diameter drill pipe, which was driven 330 metres through hard rock using a horizontal directional drilling machine.

Gafyn added: “It has been a pleasure to act as the Magnox Project Manager for the installation and commissioning phase of the work, which has gone absolutely to the plan. This is thanks to the hard work of the whole team, but credit has to go to the Costain team and their subcontractors who resolutely stuck to the schedule to ensure a successfully outcome.”

The next two years will be spent de-fuelling the reactor before further decommissioning procedures get under way.

Photo: A horizontal directional drilling rig was used to create the route for the new discharge line.