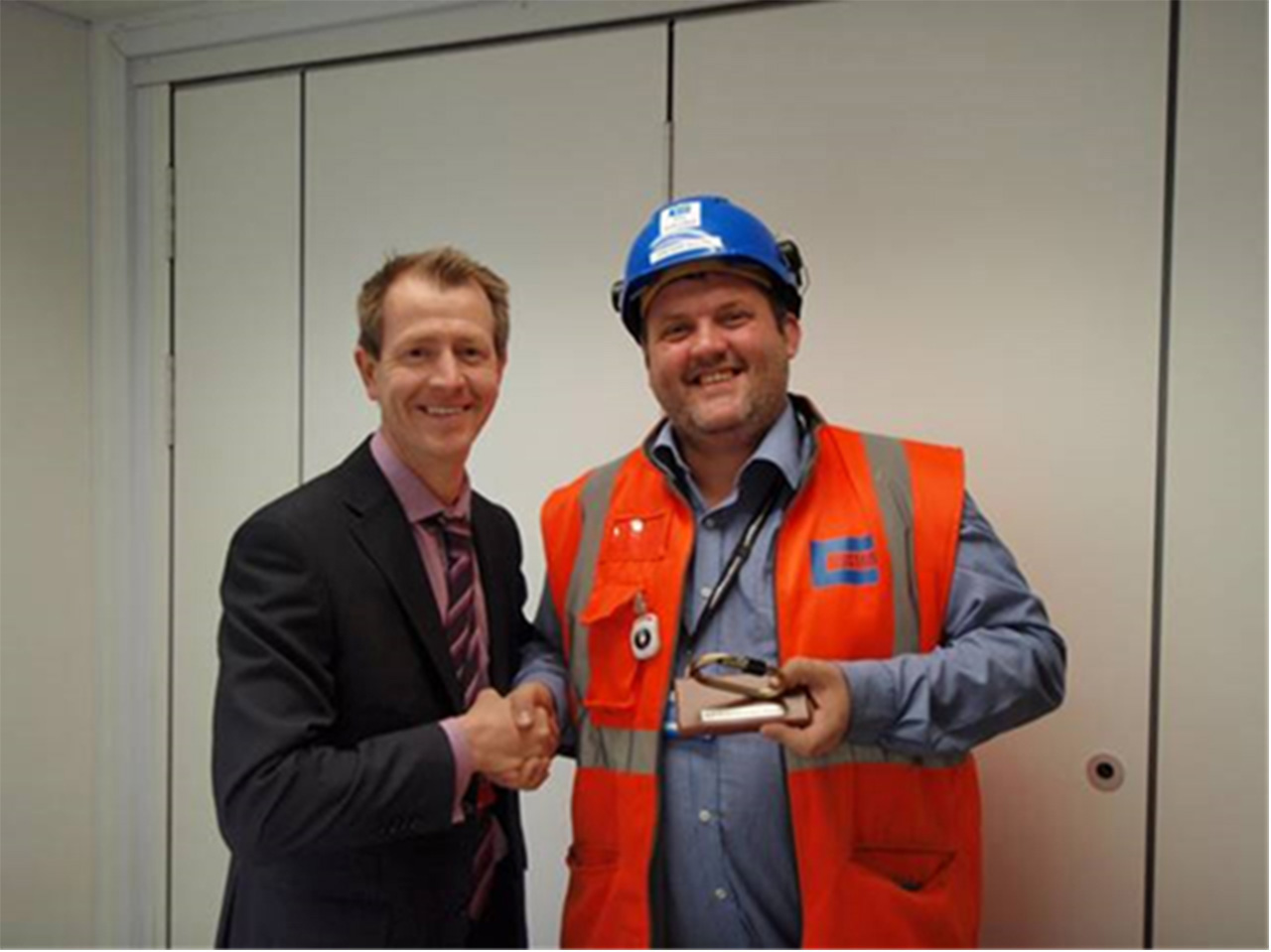 The London Bridge Station redevelopment team has been awarded the inaugural Thameslink Good Practice Award for a simple, effective way of determining areas on the site where hearing protection needs to be worn.

Front-line supervisors are now wearing small noise monitors that clip on to clothing and which flash red when the noise level reaches 85 decibels. This enables the supervisors to determine accurate boundaries for hearing protection zones.

The idea came about after the site had a visit from network Rail CEO Mark Carne, who asked how the station redevelopment team calculated where staff should wear ear protection.

“That was the catalyst for Project Manager Trevor Sharp to go away and look at solutions,” said Mark Howard, the project’s Delivery Director. Trevor came up with a noise indicator from the 3M company that was light enough and unobtrusive enough to be easily used by the supervisors.

“It’s a really simple, clever solution,” said Mark. “It flashes red when noise is above 85 dBA and is the really clear indicator you need to set up a hearing protection zone.” The supervisor walks away from a noise source and the sensor will flash green when the noise drops below the set level, allowing a boundary to be clearly marked.

“It makes their lives a little bit easier because previously they were having to use their judgement as to where the zones needed to be set up. It’s a fact-based decision now – you can’t really argue with it, because it’s visual.

“We’ve got 12 sensors with our front-line supervisors now and we’re planning to increase that over the next few months,” said Mark.

The idea won the Good Practice Award by a unanimous decision by Thameslink’s Safety Committee, which features members from Network Rail and all the principal contractors on the London Bridge Station project.