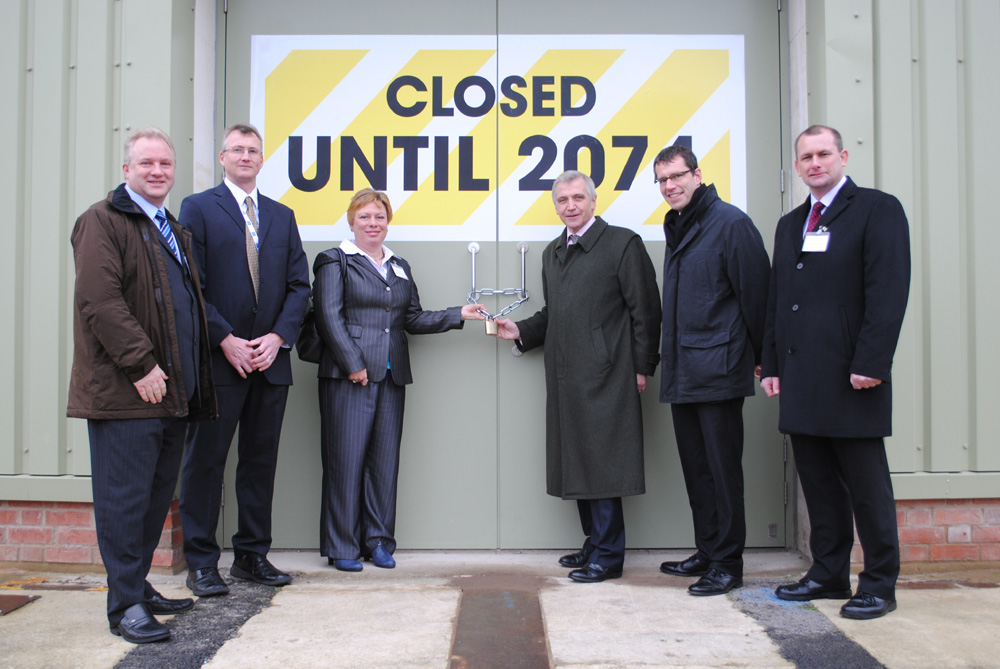 In a major landmark for the UK’s nuclear industry, Costain has helped close the doors at one of the UK’s earliest reactors. It is now in ‘Safestore’ status until late this century.

Berkeley power station, Gloucestershire, became operational in 1962 as the UK’s first solely commercial nuclear power station with two first-generation Magnox reactors. It ceased generating electricity in 1989. Decommissioning work has been going on since then as part of the lengthy site restoration process.

Costain has been contracted for decommissioning works on Magnox sites throughout the UK including Trawsfynydd and Wylfa in Wales, Hunterston in Scotland and Berkeley, Hinkley Point, Dungeness and Bradwell in England.

Berkeley has been the main focus for both Costain and Magnox within the last two years to ensure that it reached its Safestore status by the end of 2010 – a milestone date set by the Nuclear Decommissioning Authority (NDA).

This major milestone was achieved in January with the reactor buildings formally entering the passive Safestore status – they are now closed and will be looked after on a care and maintenance basis until 2074 to allow residual radiation levels to decay naturally, to the point where the buildings can be demolished with more conventional techniques.

Simon Attwell, Costain’s Project Manager at Berkeley, notes that the framework contract extends to other Magnox sites at Bradwell, Sizewell, Hinkley Point and Dungeness, with the main emphasis being on Bradwell over the next five years.

Work at Berkeley follows the standard Magnox pattern of what is referred to as a ‘campaign approach’, with a steady flow of work packages rather than large peaks and troughs of contract awards.

The care and maintenance status means that continual work, such as re-roofing buildings, will be required to ensure the sites continue to meet the stringent safety rules laid down by the UK Government’s Nuclear Installations Inspectorate.

Costain has worked closely with Magnox to deliver best-value solutions possible within the allocated budget.

“We’ve carried out around 30 work packages connected with Safestore,” says Attwell. “This has included deplanting – removing equipment, reconfiguring the electrical supplies and building management systems to ensure access to the reactors is not necessary during the Safestore period. Essentially they are shutting the doors for 70 years, so anything that could deteriorate and become a safety hazard has been removed or put in a position where it can’t be a risk any more.”

While Magnox understandably aims for tried and trusted techniques in such a sensitive environment, some aspects of Costain’s work have been innovative. A careful study of how to remove pipework mounted high on the walls, for example, saw abseilers called in to handle the work, rather than more conventional scaffolders.

On a standard site, much of the work would be deemed straightforward. However, notes Attwell: “The site still operates under its nuclear licence; this means there are necessarily tight controls and safety standards that are much higher than on a conventional work site.” Careful and extensive checking of working methods by Magnox means that work necessarily proceeds at a measured pace.

In its time at Berkeley, Costain has achieved a zero Accident Frequency Rate among its site team and subcontractors.

Commenting on achieving Safestore status, Costain’s Managing Director, Infrastructure, Darren James adds: “By working closely with the site operators Magnox and the Nuclear Decommissioning Authority we have reached a significant milestone. The experience gained in taking the Berkeley reactors into Safestore will also provide valuable knowledge and expertise that will assist with taking the remaining Magnox reactors into Care and Maintenance.”