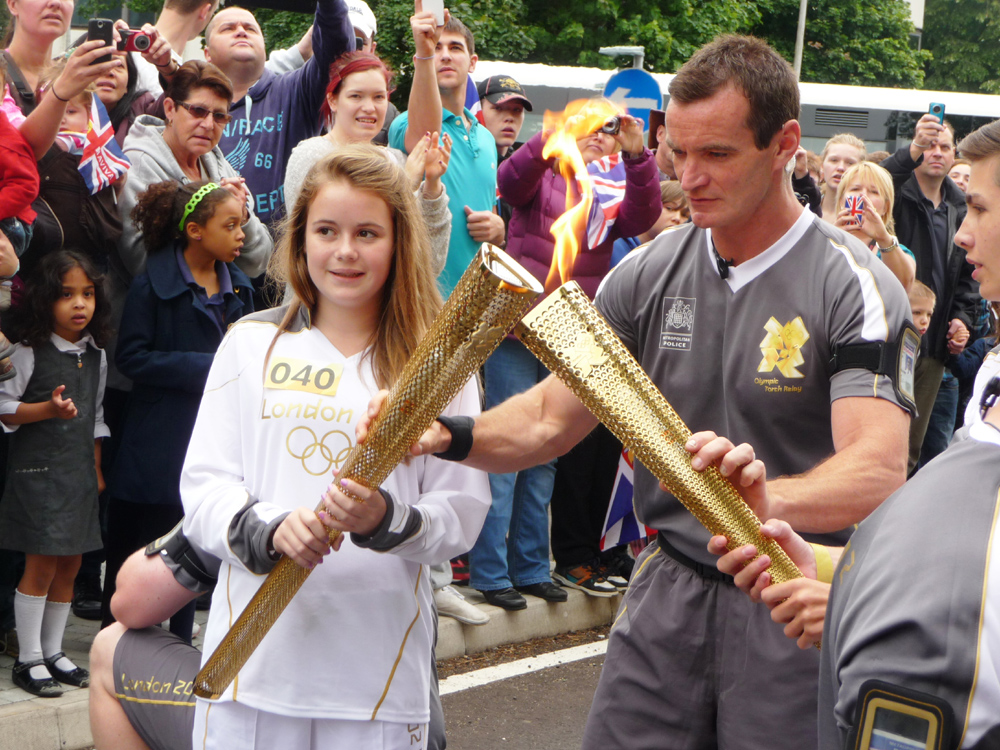 This week the Olympic torch passed by the Highways Agency's M1 J10 to J13 Improvement Scheme (a Costain-Carillion joint venture) in Bedfordshire, on its way towards its eventual destination, Stratford in London.

As the traffic convoy took it from Luton to Dunstable it passed under junction 11 of the M1 and staff had to close all four slip roads to traffic for a short while to enable its journey to continue uninterrupted.

It later went through Bletchley and was carried there by Isobel (Izzy) Richards, the daughter of Bruce Richards, Costain-Carillion JV's M1 Project Director.

She was nominated for her personal fight against Cystic Fibrosis and lives in Cardiff with her family.