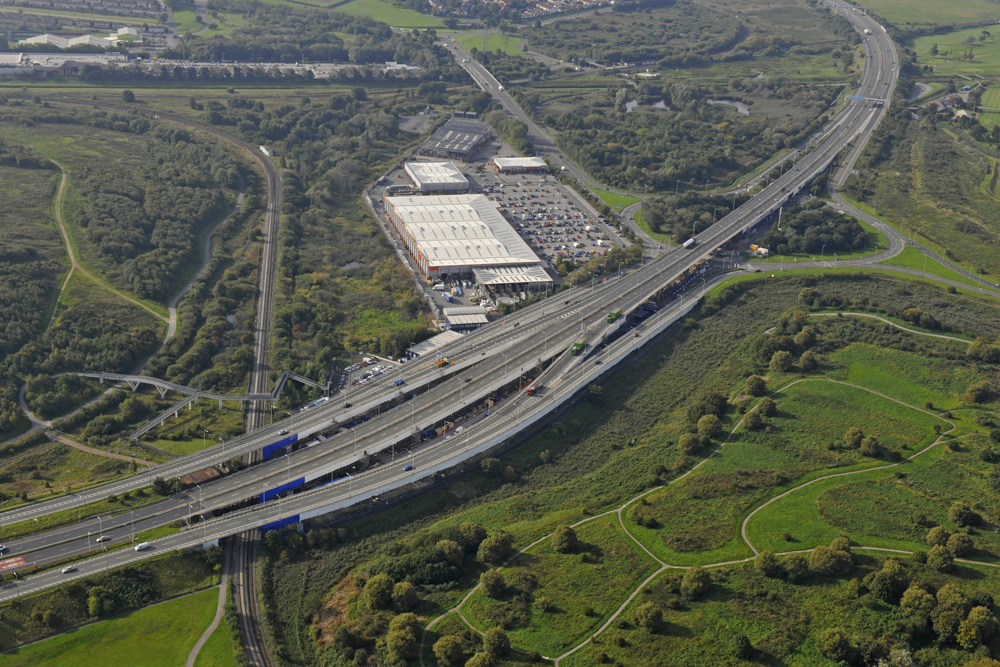 Personnel on the M53 Bidston Moss Viaduct Strengthening Project, on The Wirral, have achieved a significant milestone with one million man hours worked safely.

Work began on site in March 2009 and over 700 days of work have been completed since then without a reportable accident.  The project team marked the occasion with a celebration for everyone who had contributed to safety throughout the project.

“This is a tremendous achievement by the project team,” said Graham Dakin, Highways Agency Project Manager. “It is a result of everyone working together to make this project a safe place to work”.

Costain’s solution allows traffic flows on the M53 to be maintained at all peak times. The 3.7km of box girder housed within scaffold containment to protect the road user, workforce and environment make it currently the largest scaffold contract in the UK.

Costain Project Manager, Simon Ellison, is clear on the key ingredient to operate a safe site of this nature: “Without question, ‘People’ – of course, you need the right strategy and processes in place but without people engaged and pulling together in the same direction it’s always going to be difficult.

“The project relies on everyone performing and behaving in the right way because they want to, so most of our safety focus from the outset has been on people: Setting the right environment and culture built on trust and respect, so that everyone has a voice to influence the project.”

A recent anonymous survey revealed that 95% of the Bidston workforce felt they had a voice and could influence safety on site.

Frank Rogers, Director of Customer Services for Merseytravel, one of the three viaduct owners, echoed the success of the approach: “Bidston Moss Viaduct is an extremely complex and difficult contract, but it has been evident from the start that the approach to Health and Safety has been exemplary.”

Asked about the risk of complacency setting in, Ellison responded: “The Accident Frequency Rate measurement is just the end result and has never been our focus. We’ll continue to focus on improving safety and everything we do from the day before.”

The £89.9million project is currently on target to be the first scheme of its type to be completed on time and below budget.