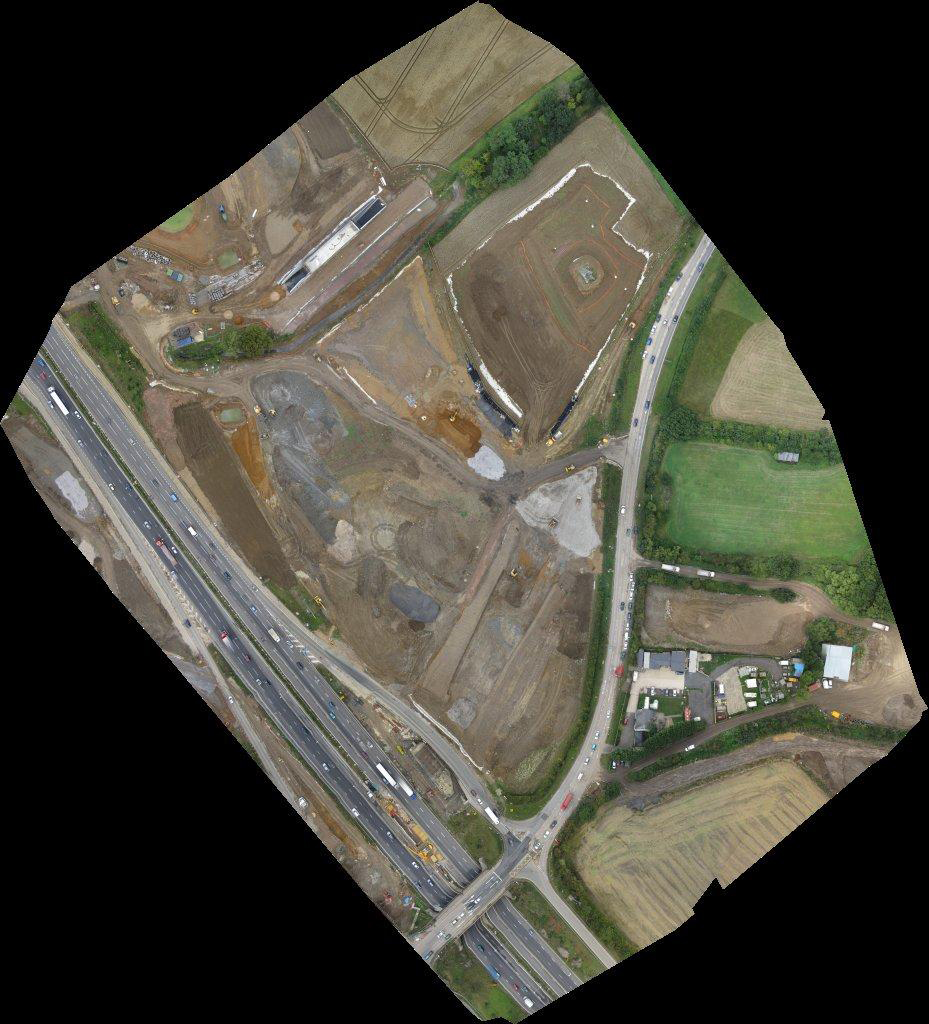 The Costain Carillion JV, working on behalf of the Highways Agency to improve the M1 motorway between Junctions 10 and 13, has trialled the use of pioneering new aerial photographic technology that will speed up planning and progress reports by allowing the user to highlight potential problems much faster and in far greater detail than traditionally manned aerial photography.

Named swingletCAM, the device is a ready-to-deploy micro aircraft with an 80cm wingspan and a built-in high resolution camera.

Powered by a rechargeable lithium-polymer battery, the craft has an on-board GPS and flight plan that is set via computer. The craft weighs less than half a kilogram and is so light it is launched by hand, as well as land autonomously on any surface without a parachute or landing net. Its small impact energy also reduces the risk of third-party collision damage.

The artificial intelligence incorporated in the senseFLY autopilot continuously analyses data from the Inertial Measurement Unit and, from the on-board GPS, takes care of all aspects of the flight process. The flight plan can be pre-programmed in the project office and then launched from a pre-determined position. Users can even alter the trajectory of the device during the flight with a simple drag and drop on the computer. Additionally, it can be used for 3D photogrammetry surveys and can be overlaid onto maps such as Google Earth.

Stuart Fagg, a Land and Engineering Survey Manager for the Costain Carillion JV M1 Junction 10-13 Improvement Scheme, said swingletCAM took just five minutes to photograph the entire works on Junction 12. The photographs were available immediately after landing and the photos were then stitched together to provide an overall view of the works with 100% coverage.

“We’ve just trialled swingletCAM and the potential to transform and improve our planning, recording and tracking procedures is very exciting. It can be deployed in a matter of minutes and delivers instant results which, on a wide range of projects, could prove invaluable. It’s a safe system, significantly more environmentally friendly and more cost effective in comparison to traditional methods of aerial photography. The high quality of the images along with the positional information gathered means we can obtain a far greater knowledge of the site than we do from traditional aerial photos,” said Stuart.