Progress in A19 project paves way for flyover work to begin 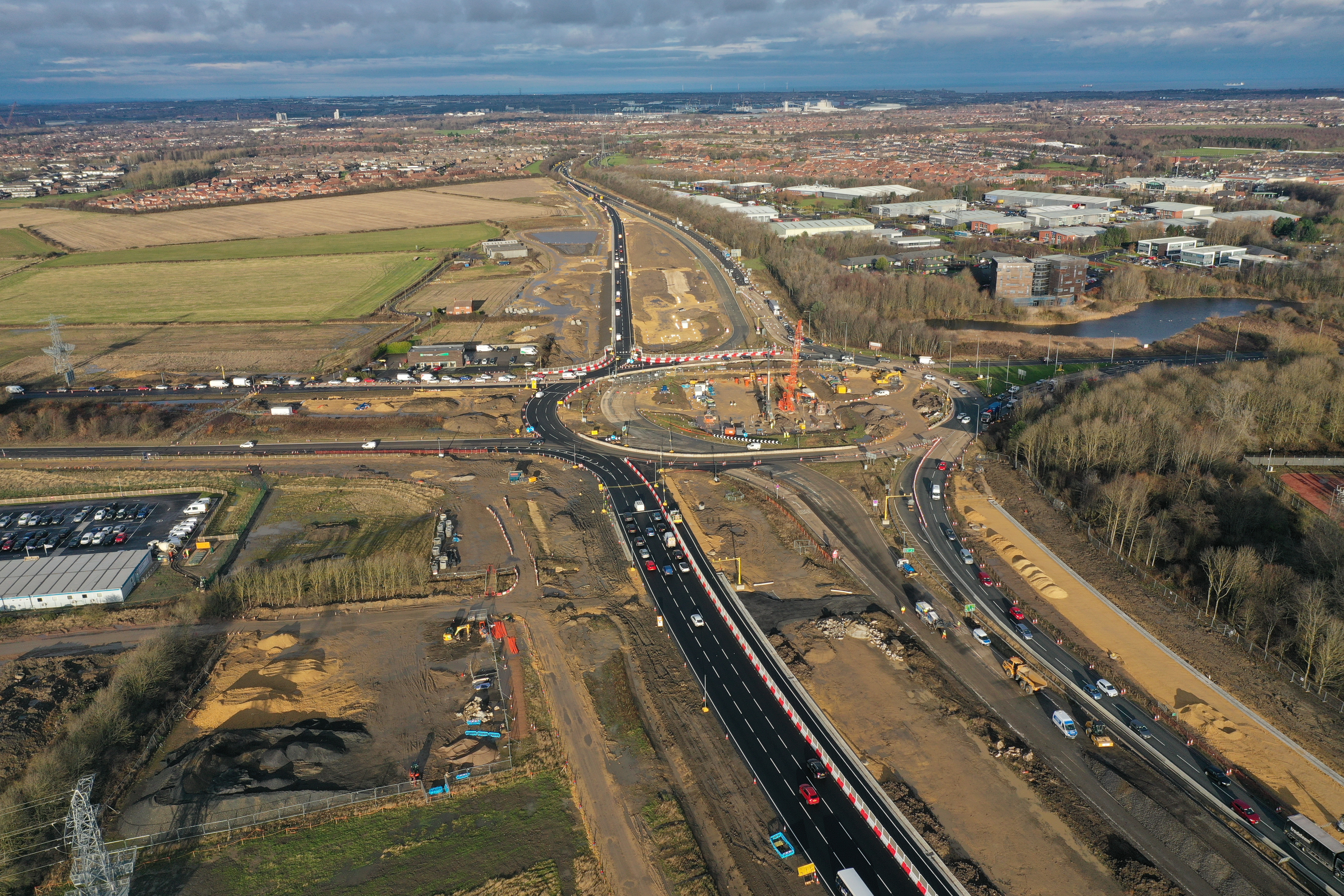 Drivers can now use two new lanes on the northbound A19 after the major Testo’s roundabout project took a significant step forward.

The roundabout is a major junction linking the north-south A19 corridor with the strategic eastern route around the busy Tyneside conurbation. Costain, the smart infrastructure solutions company, is proud to be delivering the improvements on the A19 for Highways England as part of their Regional Investment Programme (‘RIP’).

Moving the northbound traffic onto the new slip roads creates the room needed for work on building the flyover to go ahead. A new link road from Downhill Lane to Testo’s roundabout has also been completed.

The £124.5 million upgrade will see the A19 raised above the existing Testo’s roundabout and new slip roads built to connect it to the A184. This will create a free-flowing A19 as drivers will no longer need to negotiate a junction, and can instead continue uninterrupted.

Highways England senior project manager Tom Howard said: "Considering the extremely poor weather we were up against during the summer and the autumn, we’re really pleased to have completed this part of the job on time, and before Christmas. We are now working on switching the southbound traffic to new slip roads early next year.

“The slip road work has created room for building the flyover. We will put together the foundations with more than 130 concrete piles, build up the embankments and get the road ready for drivers to enjoy a free-flowing A19."

The major scheme to improve congestion and reduce journey times for drivers using the popular South Tyneside route started last March, and is due to be completed in summer 2021.