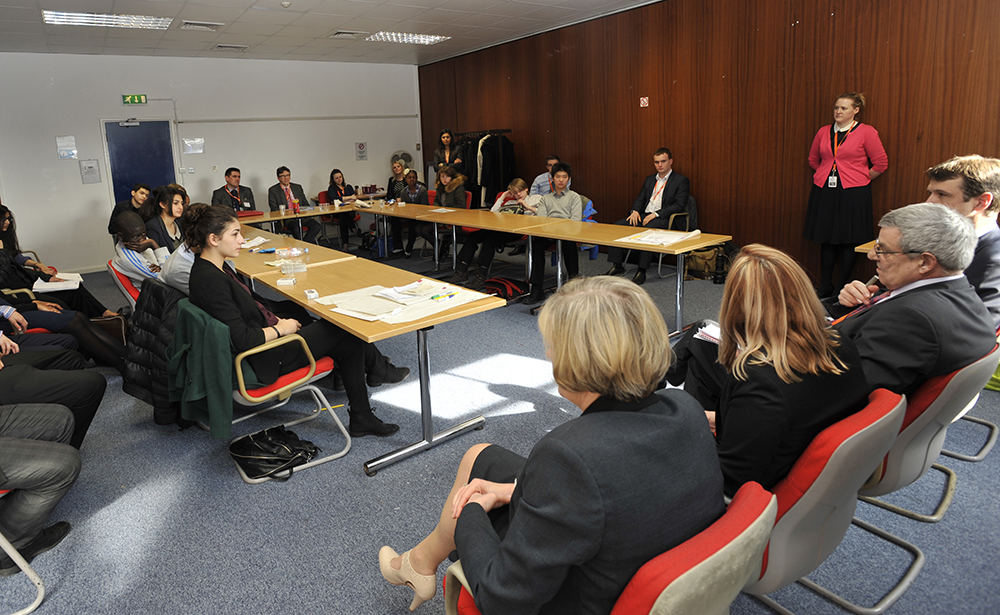 A group of Year 10 school pupils left a fortnight’s work experience at Costain’s London rail contracts “inspired” by the staff they had met, said the event’s organiser.

The youngsters came from St Augustine’s CE High School, Kilburn. The school was involved in a Business in the Community Big Conversation event last autumn, at which Chief Executive, Andrew Wyllie, offered work experience sessions to those interested in considering opportunities in the sector.

St Augustine’s is close to Paddington Station, where Costain and Costain Skanska joint venture are involved in major rail contracts.

Following induction, a briefing on Costain and our industry, plus sessions educating the pupils on workplace behaviour and interpersonal communication, they were split into two groups for a series of sessions at three contracts – C336 Paddington New Yard, C405 Costain Skanska JV Paddington and the London Bridge Station redevelopment – over five days.

Indy said: “We rotated them around the various disciplines, such as quantity surveying, civil engineering and planning. During their visit to Crossrail headquarters at Canary Wharf, they were given a project to design a city metro railway line on a fictitious city map and present their reasoning for their design and decisions.

“They then came back to Paddington for classroom-based training. We gave them hints and tips on how to write CVs, while an external consultant gave them help with core employability skills.”

Their final day saw the students giving presentations to a panel of Costain Skanska’s directors on their experiences and what they would take away from the fortnight.

“They were very professional, summarised their key learnings and what they would take forward from the fortnight,” said Indy.

“At the end, it was quite clear that they had been inspired by the people they had worked with, particularly a couple of civil engineer graduates to whom they had been allocated.

“The pulling together of this programme was a real joint effort between Learning and Development and Corporate Responsibility – notably Corporate Responsibility Director, Catherine Warbrick, with the support of Matthew Davies, one of our first year Business Management graduates who project-managed the programme from start to finish. Within my team, we had the support of two of our Business Administration apprentices – Emily Kingsbury and Tom Fisher.”