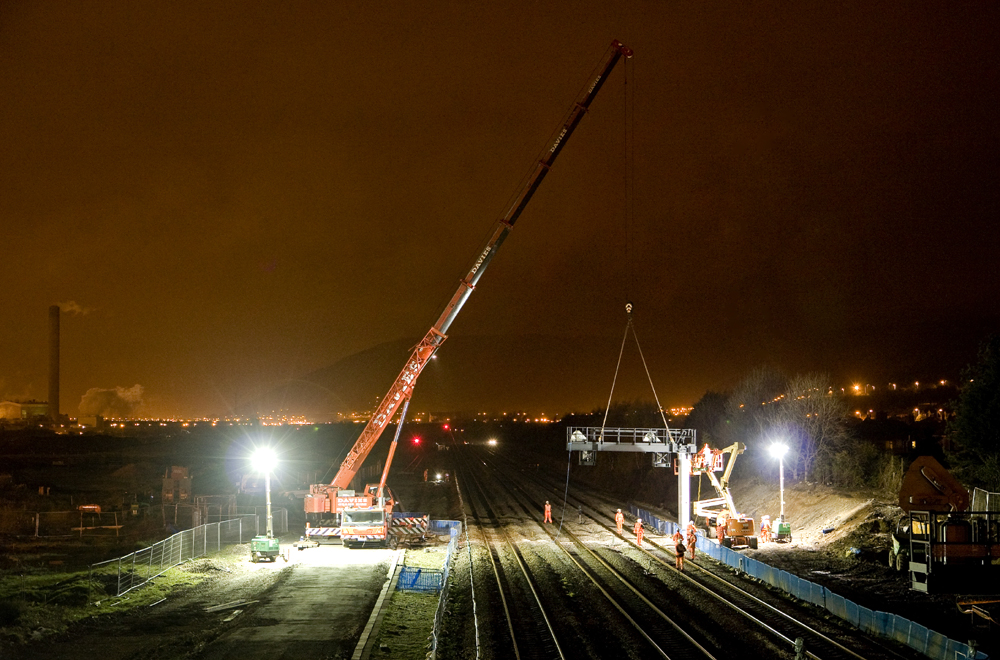 Work on the new Harbour Way Peripheral Distributor Road (PDR), in Wales, has gathered speed with the installation of a new railway signal.

Heavy machinery, 26 hours and 60 pairs of hands went into removing the old train signal behind Byass Street and installing a new one 100 yards in front.

The works, carried out by Costain and its sub contractor Centregreat Rail, took place overnight to make sure disruptions to rail services were kept to a minimum.

The signal has been moved to accommodate a new 150 yard tunnel which will be built as part of the £107million project, and will be the point where the new road crosses the railway.

The new road, which is part of the largest transport project in Wales since the creation of the M4 and funded by European grants and the Welsh Assembly, is due to be completed in the autumn of 2013.

John Skentelbery, Project Manager for Costain, said: "Months of preparation and close liaison with Network Rail has resulted in the safe and successful completion of this significant milestone in the Harbour Way Project."

Rhys Griffith, Project Manager for Neath Port Talbot Council, said: "The signal move was the culmination of months of planning and co-operation by several stakeholders involved in the project."