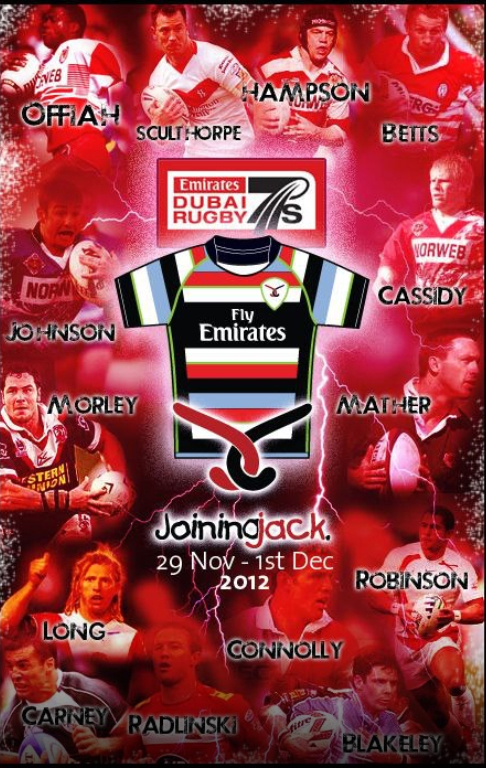 Costain’s Steve Hampson has been picked to play in a charity rugby match at the Emirates Dubai 7s rugby tournament to raise money for Jack Johnson who has Duchenne Muscular Dystrophy (DMD).

The charity match, which is for participants over the age of 35, will take place at the Dubai Sevens ground between November 29th and December 1st 2012.

“The Johnsons are very close to everybody’s heart because Andy played rugby at Wigan and rugby league is very much a family sport. More needs to be done to raise people’s awareness of the DMD condition which affects one in 3,500 boys worldwide, so we’re all quite looking forward to knocking lumps out of each other for a very worthwhile cause,” said Steve.

Four-year old Jack was diagnosed with DMD in 2011. DMD is the most common form of muscular dystrophy and is caused by a faulty dystrophin gene. That means the body doesn’t produce dystrophin, a protein that helps protect muscles. Without it, muscle fibres start to break down and are replaced by fibrous and fatty tissue, causing the muscle to weaken.

The condition affects males in particular because the faulty gene is passed on unwittingly by the mother through her X chromosome, which is where the dystrophin gene is carried.

Girls aren’t usually affected because they have two X chromosomes, and the X chromosome that is normal prevents them from developing the condition. But boys have only one X chromosome.

Around 20,000 new cases reported each year in the developed world. For more information about the condition and the charity event, please visit: