Rallying For The 150 Challenge 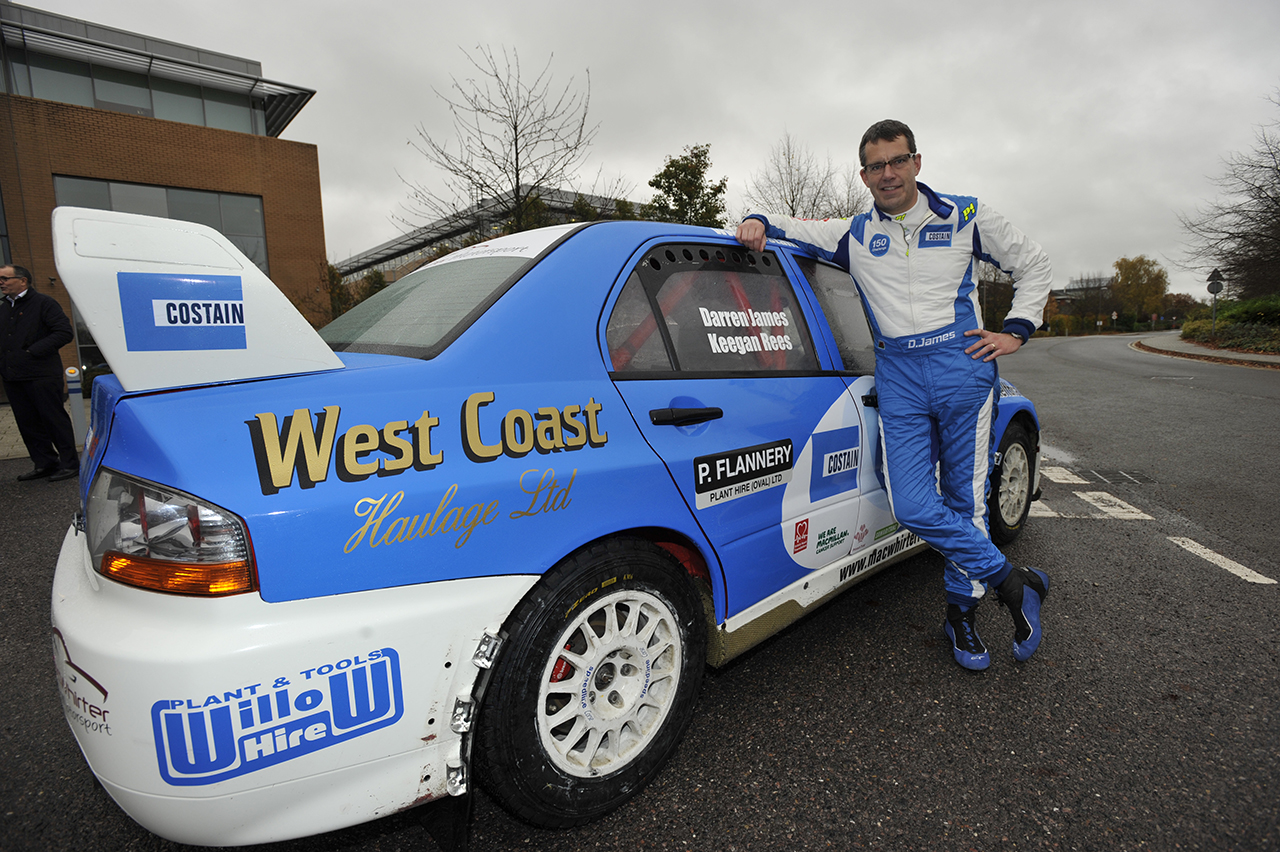 The Wales Rally GB event takes place in Flintshire in North Wales on November 13-15 and is one of the 13 rounds in the FIA World Rally Championship. The event - the biggest and most high profile rally in the UK - puts Darren’s driving ability and Costain’s 150 Challenge firmly on the world stage.

Darren is looking to raise £15,000 from the rally, which will see his Mitsubishi Evo IX rally car emblazoned with the Costain 150 Challenge logo and the name of his sponsors.

Darren started rallying in 2013 when he bought a second hand Mitsubishi Lancer Evo VI rally car and, despite some early misgiving from his wife, rallying is now very much a family affair.

“I’d been go-karting a few times and when an opportunity came up to buy an Evo VI rally car, I couldn’t turn it down. Luckily for me my three daughters really enjoy the buzz of race day – so a big lesson for anyone wanting to get involved in rallying is to take the family with you!” said Darren.

Darren competed in various stages of the 2013 and 2014 Welsh National Tarmac Rally Championships and went onto secure a 1st in class and a top 10 finish. His greatest achievement to date was finishing in the top 10 ahead of Craig Breen, the 2012 WRC Super 2000 World Rally Champion, at the Welsh Motorsport Centre in December 2014.

Darren puts his performance down to beginners luck, but there’s no doubt you have to have an aptitude for it and possess a modicum of skill to pull it off, particularly when you’re going over a blind crest or a hairpin bend at speeds in excess of 100mph.

That’s why a driver is only as good as the co-driver sitting next to him. He relies heavily on his co-driver for all the correct navigational information and instructions. At full tilt, the driver barely has seconds to react to what’s in from of him.

Darren represents the construction industry on The Prince’s Trust Construction and Business Services Leadership Group, which champions the introduction of young people into the construction and engineering industry. It’s also an approach that Darren now employs when choosing a co-driver. For the Wales Rally GB, Darren has teamed up with Keegan Rees, a 20 year old local lad.

“Our philosophy for choosing a co-driver is to provide young people with an opportunity to compete. When I started rallying, I had a very experienced navigator, but I now use qualified young people with local knowledge of the rally. Keegan may only be 20 years old but he’s already a veteran of the Wales Rally GB,” said Darren.

The Welsh Rally will be Darren’s second big sporting event this year after he successfully completed the London Marathon for a second time in April, raising over £7,000 for the 150 Challenge.

He’s also got the full backing of Costain - even down to his pit crew, which should have a familiar look about it.

“The engineering team from our Manchester office, the All Welsh Government Wales Technology Team and elsewhere will be joining the pit and service support crew at the event. Hopefully they won’t be too busy,” said Darren.

If you’d like to go along and support Darren as a spectator at the event, including the opening ceremony on Thursday 12 November, the Special Stages at Chirk Castle on Saturday 14 November or the Grand Finale in Llandudno on Sunday 15 November, please click here.