Rising to the Challenge 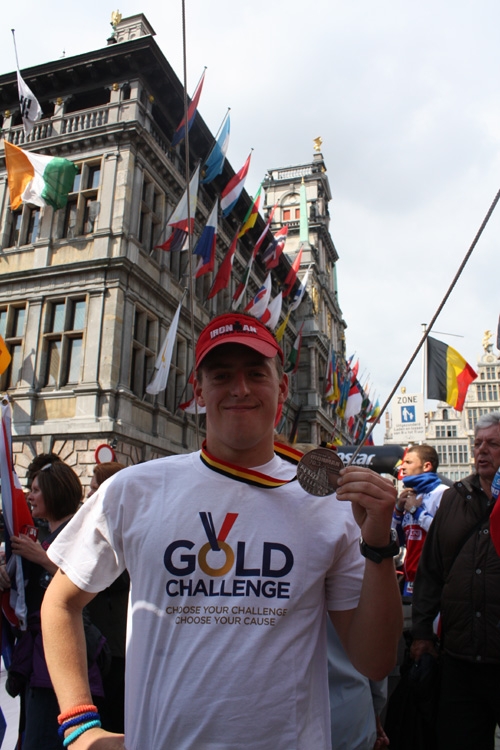 One of Costain’s Civil Engineers, Mark Billyard, is rising to ‘the Gold Challenge’.

Mark is raising money for Cancer Research UK.   He has achieved good results in 17 events during 2011, including the Hampton Court Swim, three middle distance triathlons, his first marathon which he completed in 3 hrs 57 mins and three half marathons, the fastest of which he completed in 1 hr 33 mins.

Mark said: “The last year has involved a huge amount of effort, but it’s also been tremendously rewarding. I’ve completed all of the events in my own time, fitting training and competing around work commitments. So far I’ve had a good response from friends, family and colleagues, but any contribution helps.

“It’s all helping a great cause and one that I care a lot about in Cancer Research UK. Cancer is something that many others are affected by personally at some point in their lives, whether it’s themselves, a family member or a close friend. The more support I can get the better, particularly as I build towards my first ironman and beyond in 2012, generating as much money as I can for a great cause!”

If you would like to sponsor Mark and help raise money for Cancer Research UK, please see his just giving page on the attached link.