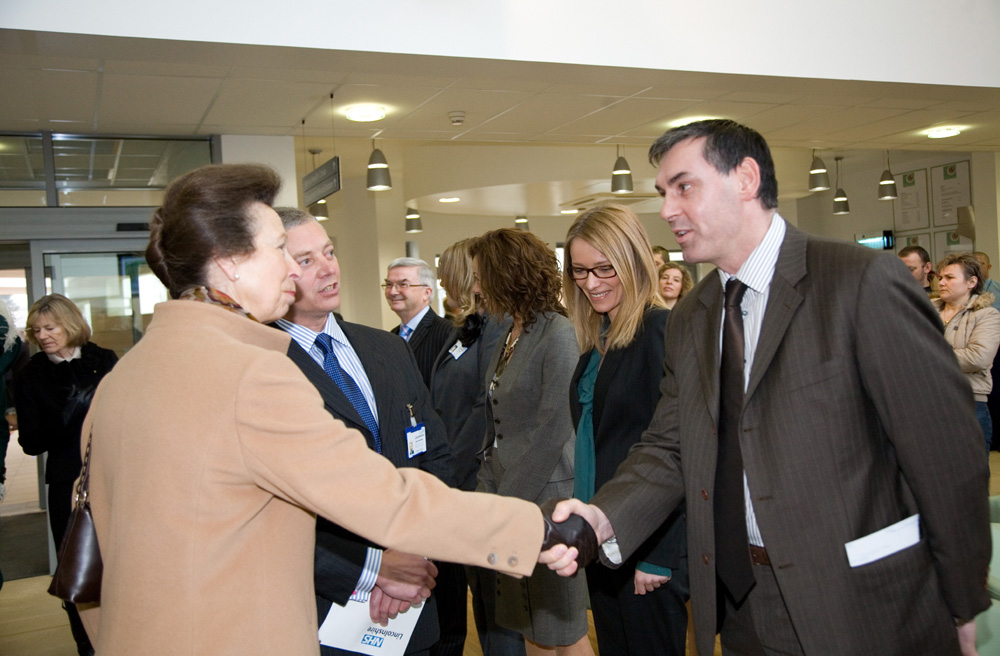 The Princess Royal&nbsp;performed the honours for what Steve Merrin, Costain Project Manager,&nbsp;describes as a "well over due" facility for the area. It replaces the original Johnson Hospital as well as the Welland and Holland Hospitals.&nbsp;

In a pleasant departure from the norm, the site was not the usual, tightly-constricted patch of ground. "It's a 10-acre greenfield site on the outskirts of Spalding," says Steve. "It's a nice plot, with plenty of parking space and reasonable access all round."

Of course, with a semi-rural setting, you would expect to have some rare species making an appearance, and you'd be right. Voles had to be carefully cleared from inland drainage ditches that ran along two sides of the site.

Apart from that, however, says Steve, the job was relatively straightforward. The reinforced concrete and steel-framed building with a variety of claddings to give visual appeal went up on schedule in the 95-week, £24million project.

Initial opposition to the use of a greenfield site diminished as the team involved local people in several users' groups. "It has been an incredibly rewarding and enjoyable project to be involved in," said Steve.&nbsp;