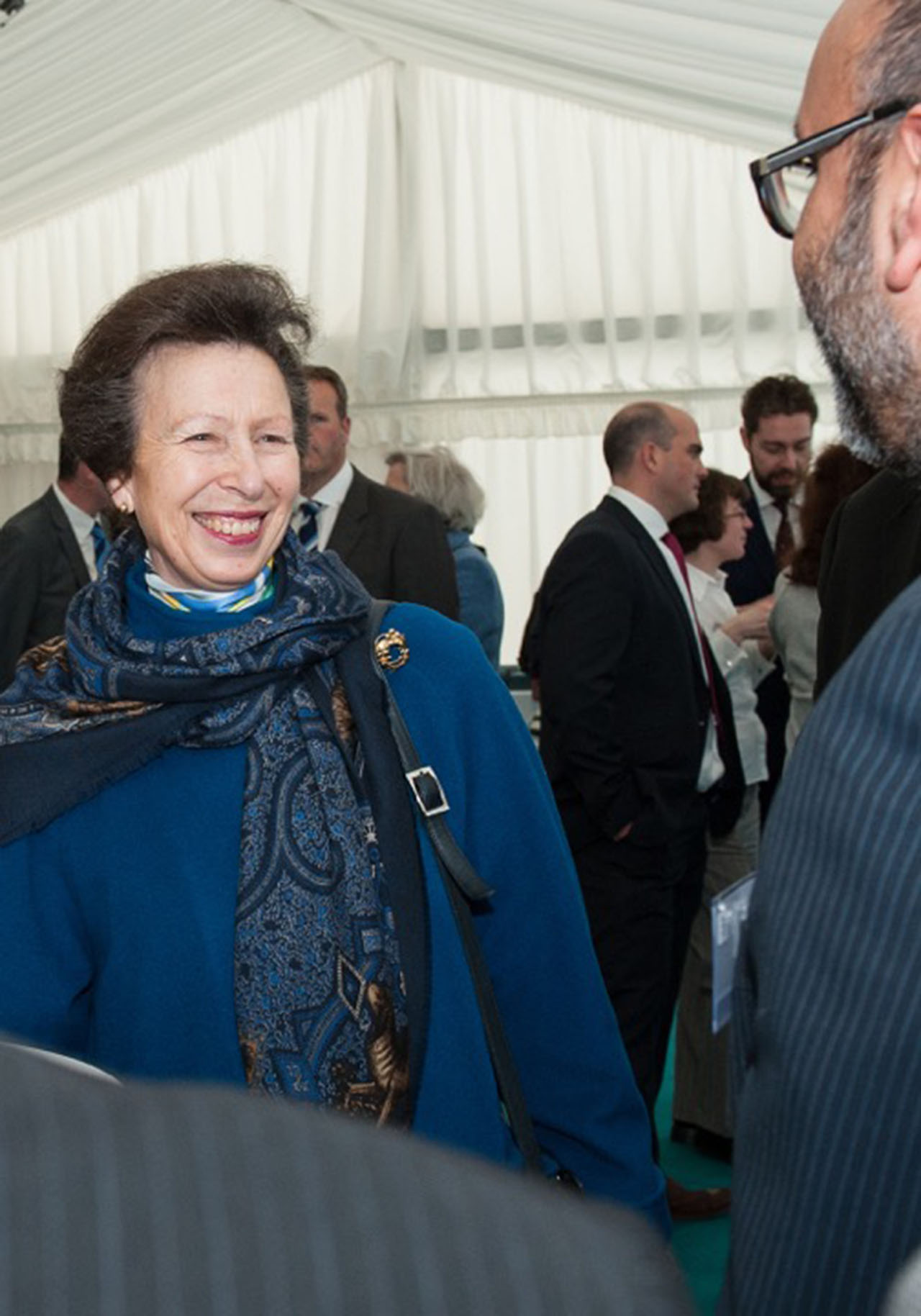 HRH Princess Anne has officially opened a £200 million wastewater treatment works (WwTW) project in Liverpool to which Costain was a major contributor.

Princess Anne met members from the Galliford Costain Atkin consortium that had built the Liverpool Sequencing Batch Reactor (SBR), which has a treatment requirement of being able to handle 4700 litres of waste per second. It is designed as an extension to the neighbouring Sandon Dock wastewater plant, which the princess also opened in 1991.

"Princess Anne really engaged with us," said Senior Project Manager Manjit Gill. "She was very knowledgeable about water management, and spoke about the importance of educating people to appreciate the process of clean and wastewater treatment.

"She asked us about our roles, and where we were from, before discussing how we maintained the existing plant during the construction process.”

Work on the new Liverpool WwTW for client United Utilities began in late 2010. It became operational last September and passed its process trials in January, serving some 650,000 residents.

“I joined in early 2011 in the Early Contractor Involvement stage, and my team ensured we had input into the design and its resilience,” said Manjit. “Our remit was to provide a secondary treatment plant that not only replaced one that was failing but was robust enough to meet future consents.”

The biggest problem for the GCA team was the very tight footprint of the site. To get round this, “We selected the SBR technology which is a combined activated sludge and final settlement process, allowing us to build a two-storey plant with 16 basins within the dock walls. Each basin is 40m by 50m, with a water depth of 6.5m.”

“The existing Sandon Dock plant deals with the inlet screening and primary treatment, where heavier waste drops out. This SBR process aerates the wastewater providing an environment that encourages bacteria to digest the waste content. Fine solids sink to the bottom of the tank during a settlement phase allowing the clean water at the top of the tank to be discharged to the river.

Some idea of the plant’s scale can be gauged by the fact that the job required 60,000m³ of concrete and 9500 tonnes of steel.

Work on WwTWs and other facilities by United Utilities and its predecessor, North West Water, has transformed the Mersey since its low point in the mid-1980s, when it had gained notoriety as the dirtiest river in Europe.

Billions of pounds spent renewing the city’s sewer network and treatment works have resulted in life returning to the Mersey. Fish species have returned to the river and dolphins are now regularly seen in Liverpool Bay. Recently, even a humpback whale was spotted in the Mersey estuary.

Economically the city is also said to have benefitted from the improved quality of water, which has encouraged the regeneration of land beside the river and its tributaries.

Lorne Large, UU Capital Delivery Programme Manager summed up: “ GCA have delivered a £200m project on time, on budget and achieving saving targets. The plant has passed process & reliability trials and is showing robustness that United Utilities defined from the outset. Add to that the fact the plant is showing projected annual operational efficiencies of over £1M better than anticipated, and you have the very definition of success in benefits realisation.”