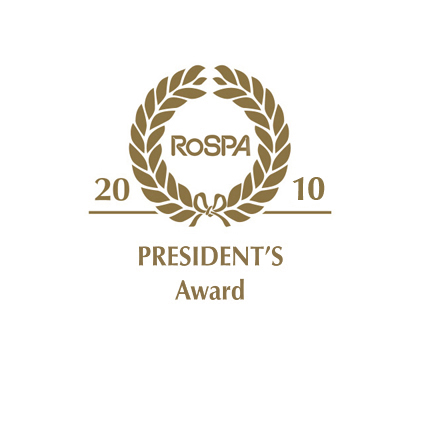 Costain has harvested another heavy crop of awards from the Royal Society for the Prevention of Accidents (RoSPA)&nbsp;in the organisation's latest annual awards.

The Group took no fewer than 35 gold and 12 silver awards for its efforts to maintain safe working conditions - in offices as well as on building sites.

"We've done well," said Group Safety, Health and Environmental Director Peter Fisher. "It's another good result and demonstrates the hard work the sites are putting in to try to constantly improve the standards of safety. It's nice to have external acknowledgement of the sites' efforts."

The top award, an Order of Distinction, went to COGAP for its remarkable achievement in winning no fewer than 15 consecutive gold awards.

While loathe to single out individual sites, Peter said that some had picked up lesser awards but had achieved "fabulous results" in doing so "in terms of the conditions they've had to work in.

"Now we've set this as a benchmark, the challenge is to improve further. The awards are nice but it's the actual performance on site going forward that will be measured."