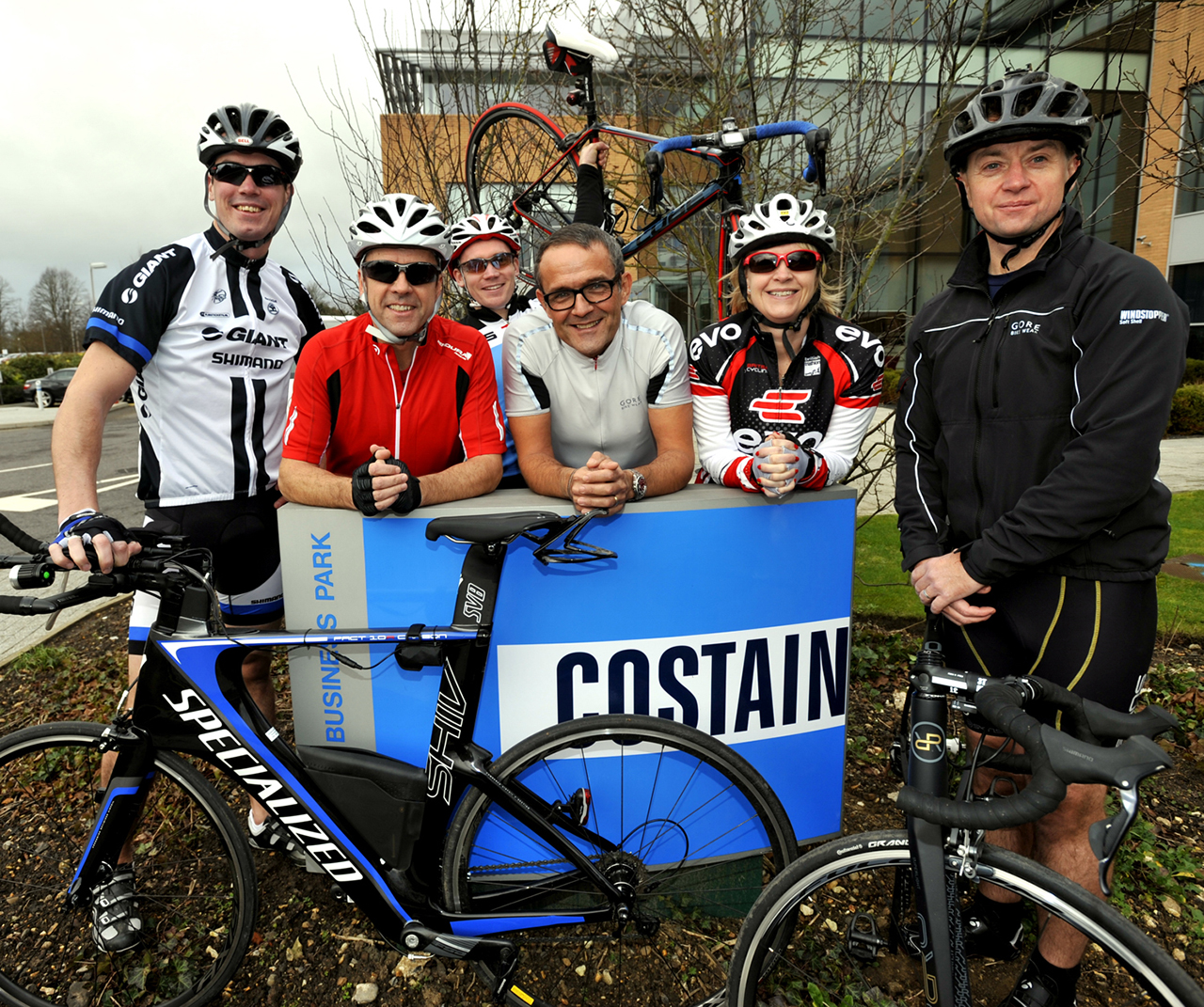 The Costain 150 Challenge* fund-raising is off to a flying start in 2015 with Costain people shaving their heads, parachuting out of planes and preparing for lung-bursting athletic feats.

Already £76,000 has been raised. Highlights so far include Caroline MacPhee, Office Manager, and Nicola Uijen, Project SHE Manager, shaving their heads and also convincing Costain colleagues to wax legs and shave off beards for the 150 Challenge.

Elsewhere in the Costain network, Paul Wright, Director of Safety, Health & Environment, Costain Natural Resources, has parachuted out of a plane and he is now doing the Yorkshire 3 Peaks Challenge. At the London Bridge project, staff staged a charity raffle and auction. In Aberdeen, staff came in to work dressed as ‘minions’, the blue-dungareed yellow characters from the Despicable Me Hollywood animations. On the A465 Heads of the Valleys project, Phil Baker, Public Liaison Officer, braved the icy waters of Carmarthen Bay. The ice-cold water theme continued at the Humber Bridge where two Costain staff, Tony Gorbutt, Senior Waste Supervisor, and Paul Nicholson, Operations Manager, took part in the Water Sports Day held in the shadow of the Bridge by New Holland-based Skidom Water Sports Club.

And the 150 Challenge has only just begun! In coming months, Tracey Wood, Legal Director & Company Secretary, leads a brave band to Lanzarote, Canary Islands, Spain, for three days of physical hell in the Ironman 70.3. Andrew Wyllie, Costain Chief Executive, is in training for the BUPA London 10k and the Great North Run, and Darren James, MD Infrastructure, heads a team for the London Marathon.

Thousands of other Costain people are preparing their own 150 Challenge contributions this year and a special Costain ‘Rock Music’ night is being planned which will no doubt strike the right tone!