‘Stumping Up’ For The National Trust 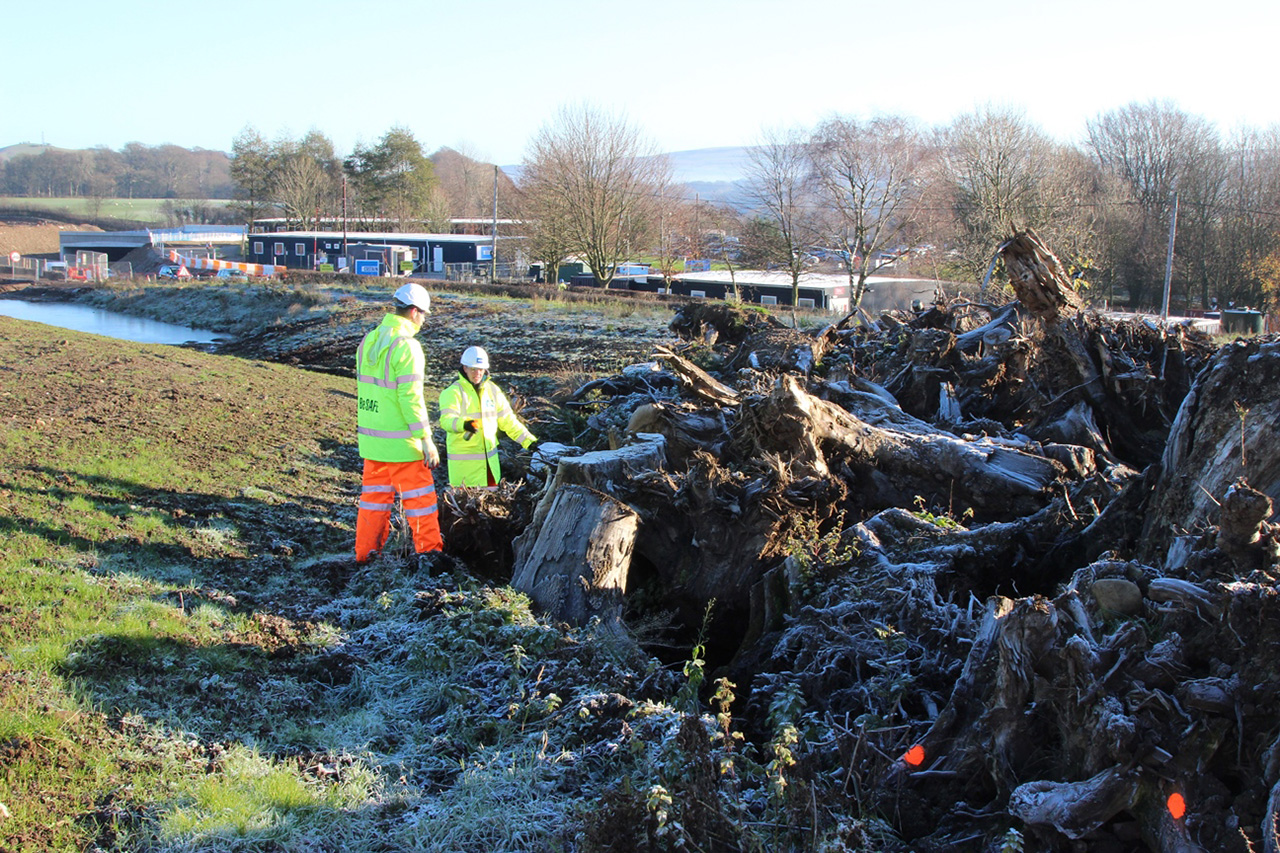 Costain has ‘donated’ 20 enormous tree stumps to the National Trust’s Sizergh Estate near Kendal in the Lake District, which are now being used in an exciting new garden development - The Sizergh Stumpery.

The tree stumps, many of which weigh 2-3 tonnes, were donated to Sizergh from the site of the new Heysham to M6 Link Road constructed by Costain, the lead contractor for Lancashire County Council, following a request from Susan Rowley, Head Gardener at the Sizergh Estate.

The Stumpery will be the first large-scale development on the estate for almost a century as well as being the very first National Trust Stumpery in Cumbria.

The 480 square metre Stumpery will bring to life a previously overgrown, bramble covered area of the garden. The new space is being specially created to showcase Sizergh’s four National Collections of ferns alongside a variety of new plants and woodland flowers.

Susan Rowley from the Sizergh Estate said: “This is really quite a significant development for Sizergh, so we are immensely grateful to Costain for their support in providing the tree stumps as a backdrop to the plants in the new Stumpery. Before Christmas we went along to the M6 construction site, where they were digging out the road, and we chose the stumps we thought had interesting shapes to them.”

Costain delivered them to Sizergh where the gardeners, rangers and volunteers then used sheer muscle power to get them into the right positions.

“Having the opportunity to reuse these tree stumps means we can create something special in the Sizergh garden to show our ferns off in their best natural habitat,” said Susan.

Stumperies originate from the late Victorian era when they were seen as a fashionable way to display and grow ferns. Owners of estates needed to clear areas to make gardens, so instead of getting rid of tree stumps, they could reuse them by arranging them in different positions to show the roots.

“When I received the request to help create a ‘stumpery’, I thought someone was pulling my leg! But we’re delighted to assist The National Trust at Sizergh with the creation of this feature from a bygone era,” said Community Relations Officer Antony Crowley.

Antony added: “Once the concept was outlined, it became clear that we had the ability and materials to be able to assist. Of the many requests we receive for assistance, this was certainly one of the more unusual, however it also aligned with our ‘Leaving a Lasting Legacy’ strategy.”

The British Pteridological Society was founded in Kendal in 1891 and Sizergh holds four national collections of Fern. This year is the 125th Anniversary of the founding of the Society. Over 50 delegates from all over the world will come to Cumbria and Sizergh for the official opening on 8 July.

The Stumpery will open to public on Sunday 10 July. For more information about the National Trust’s Sizergh Estate, please click on the link below:

Caption: Susan Rowley, Head Gardener from the Sizergh Estate selects the stumps from the Heysham to M6 Link Road project.