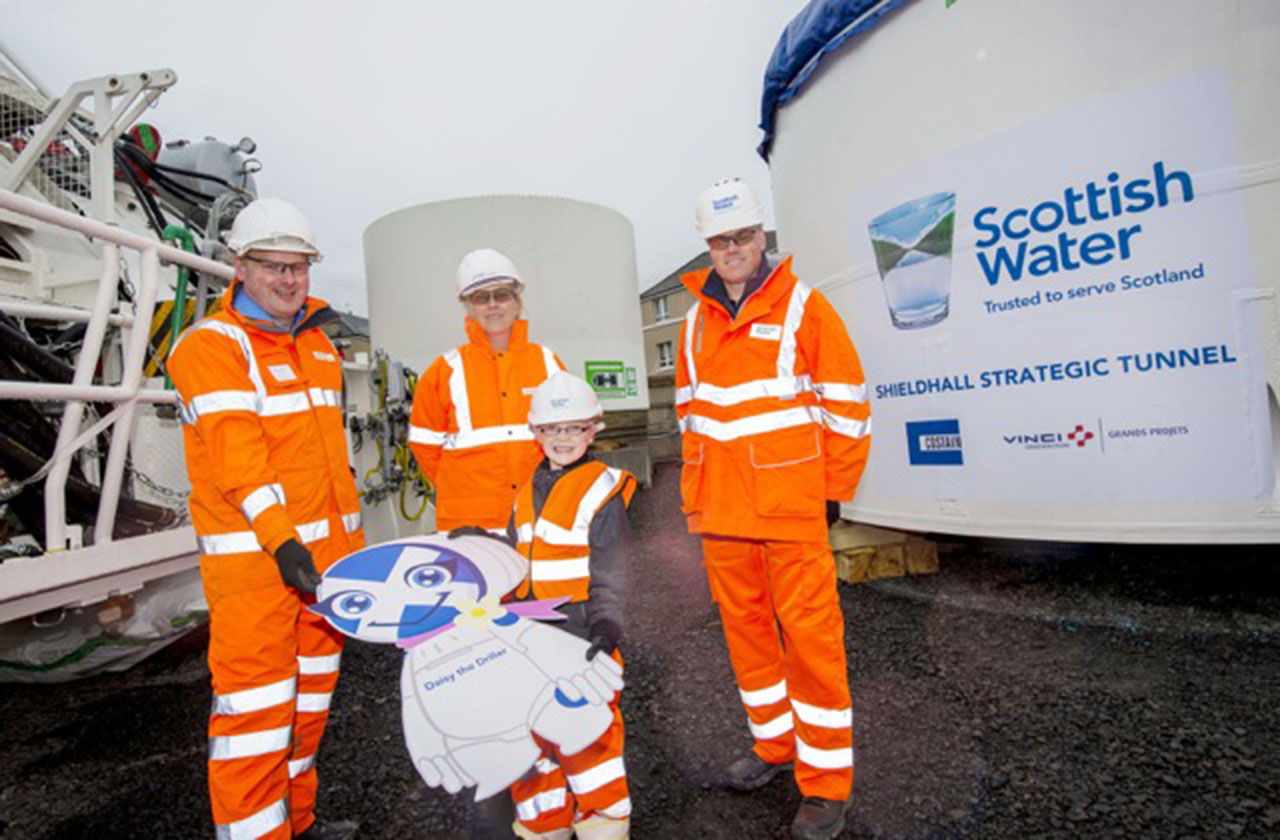 The front sections of a giant, state-of-the-art Tunnel Boring Machine (TBM) have arrived in Glasgow ahead of the construction phase of the £100 million project to build the Shieldhall Tunnel, the biggest wastewater tunnel in Scotland.

The Costain-VINCI Construction Grands Projets Joint Venture (CVJV) project is a key part of Scottish Water’s £250 million, five-year programme of work, launched in 2013, to improve river water quality and the natural environment and tackle flooding in the Greater Glasgow area. The tunnel will follow a 3.1 mile-long route under Glasgow between Craigton and Queen’s Park and is expected to take more than a year to build.

The 360 tonne front sections of the TBM, built in Germany, were transported by sea to Rosyth and taken by lorry with a police escort along the M8 in central Glasgow to the project site at Craigton in the south west of the city. The TBM, whose remaining parts are being delivered and assembled in the next few weeks before the start of construction of the tunnel in the summer, will weigh 1000 tonnes and be 180 metres long.

It will be launched into a cut and cover trench 200 metres long, six metres wide and ten metres deep. Construction of the trench, which began in October and is due to be complete by the end of May, has required the excavation of more than 25,000 tonnes of material and is taking place in a very restricted working area, just steps away from local residents.

Said Ian Bowley, Sub Agent: “On paper this piece of work was always going to be a challenge and on occasions these challenges have been greater than expected. However the open cut team are managing to overcome the obstacles to achieve the excavation.

“Balancing the movement of considerable levels and size of plant, mobilising our excellent team and dealing with the worst of the weather in such a tight area has proved to be difficult, but we are dealing with these challenges and will deliver something to be extremely proud of.”

Added Neil Grosset, CVJV Project Director: “My hat goes off to the team working on the open cut as they are doing a great job!”

Local primary school pupil Lewis Bennett won a competition to name the TBM with his suggestion of Daisy the Driller. He visited the project site and met Scottish Water chief executive Douglas Millican. Lewis received a gift voucher and won his school, Craigton Primary, a television and Blu-ray player.