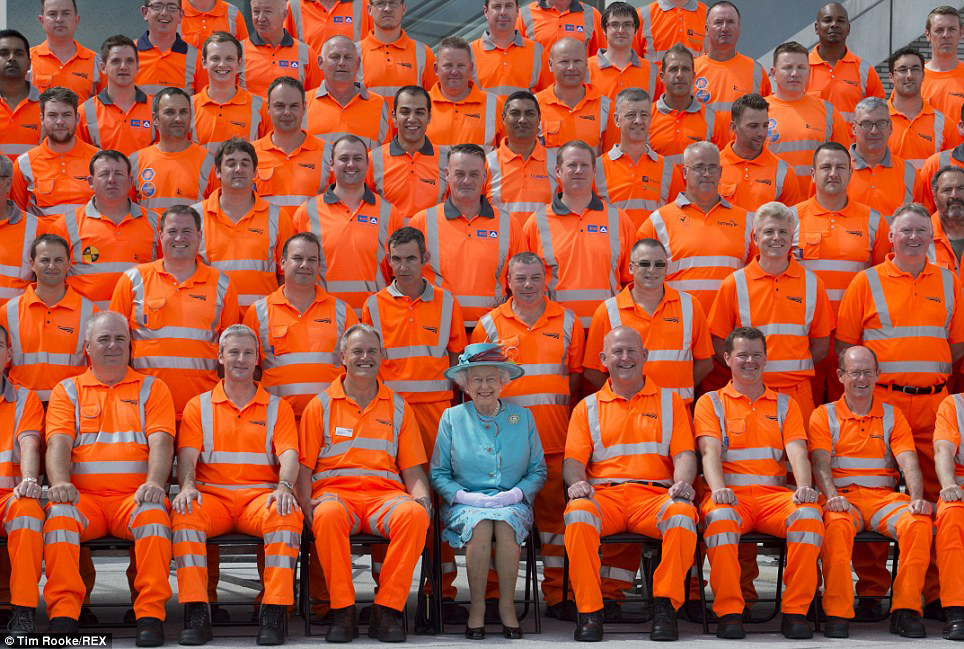 Costain’s part in the revitalisation of Reading Station has been acknowledged by royalty, as The Queen formally opened the Berkshire railway hub.

The station was completely refurbished and extended by the Costain Hochtief joint venture (JV), which finished the approximately £100 million project a year ahead of the originally planned date. The station renewal was part of a much larger project to improve the wider rail network in the Reading area, previously a bottleneck in the region’s rail system.

The Queen arrived at the station – appropriately, by train – from London Paddington.

Shown around by Network Rail Chairman, Richard Parry-Jones, she met members of the team responsible for the project on one of the station’s most prominent features, the new transfer deck across the tracks that replaced the old footbridge. The deck has escalators down to the various platforms and links the new north and south concourses on either side of the station.

Among those to be introduced to her Majesty was Brian Fisher, Costain’s Project Director.

“Network Rail had set up three stands, each with three people, on the transfer deck,” said Brian. “One was the station stand, which I manned together with a representative from Reading Borough Council and the Network Rail Project Director.

“The second was a Guide Dog stand, because a lot of thought has gone into providing for the disabled in the station design, while the third stand represented the wider modernisation of the Great Western route.

The Queen then unveiled a plaque on the transfer deck marking the official opening of the refurbished station. She went on to have her photograph taken with around 100 site operatives and staff.

“It was an incredibly proud moment for the Costain team to see their Project Director, Brian Fisher, be congratulated by Her Majesty for a project well done,” said Darren.

The aim of the project was to create new capacity at the station, which is one of the busiest outside London, with some 17 million passengers a year passing through. Among other aspects, five new platforms were created and others refurbished as part of the project.