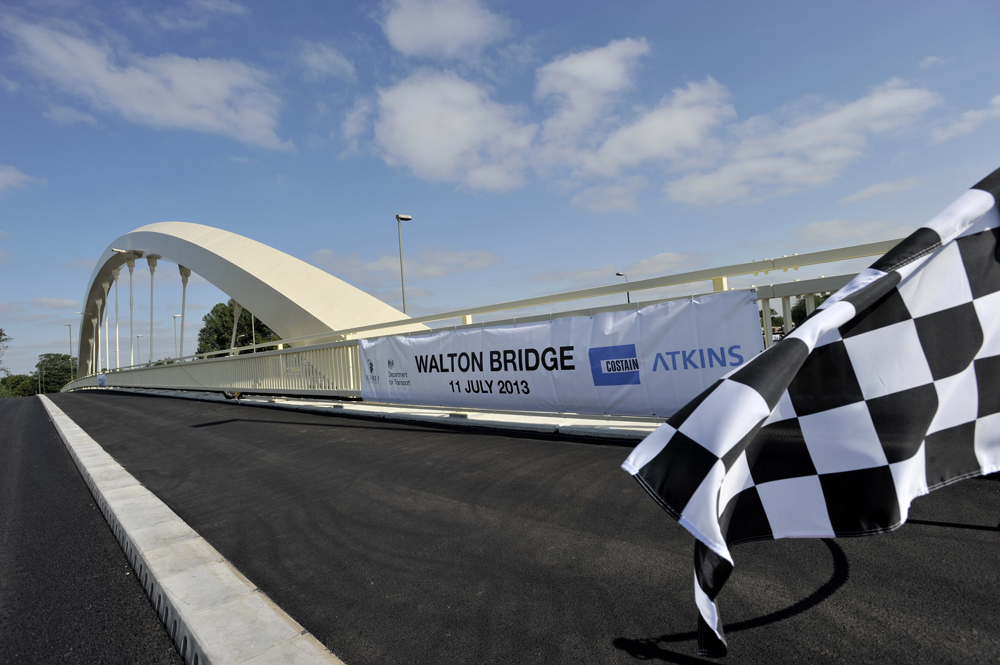 Transport Secretary, Patrick McLoughlin, was joined by Defence Secretary, Philip Hammond and Chief Secretary to the Treasury, Danny Alexander, at the first new road bridge to be built over the River Thames in more than 20 years.

To mark the occasion a flotilla of more than 60 boats passed under the 140-metre long crossing between Walton-on-Thames and Shepperton that took 18 months to build and will carry nearly 35,000 vehicles a day when it opens to the public on 22 July.

Transport Secretary, Patrick McLoughlin, said: “This new bridge is an important link across the River Thames which will provide motorists, pedestrians and cyclists access to major employers, schools and retail centres.”

The bridge, which has been completed on time and on budget, replaces two long-serving temporary crossings next to it. The design means there are no piers in the water, opening up views along the river and improving navigation for boats.

The contract for the new bridge was originally awarded by Surrey County Council in 2005 but the project has been the subject of two public inquiries and was put on hold during a government spending review. Costain started detailed design for the final time in 2011, with some advance works getting underway the same year and actual construction starting in January 2012.

Darren James, Costain MD for Infrastucture, attended the ceremony along with other Costain people including Project Manager, Andy Bannister.