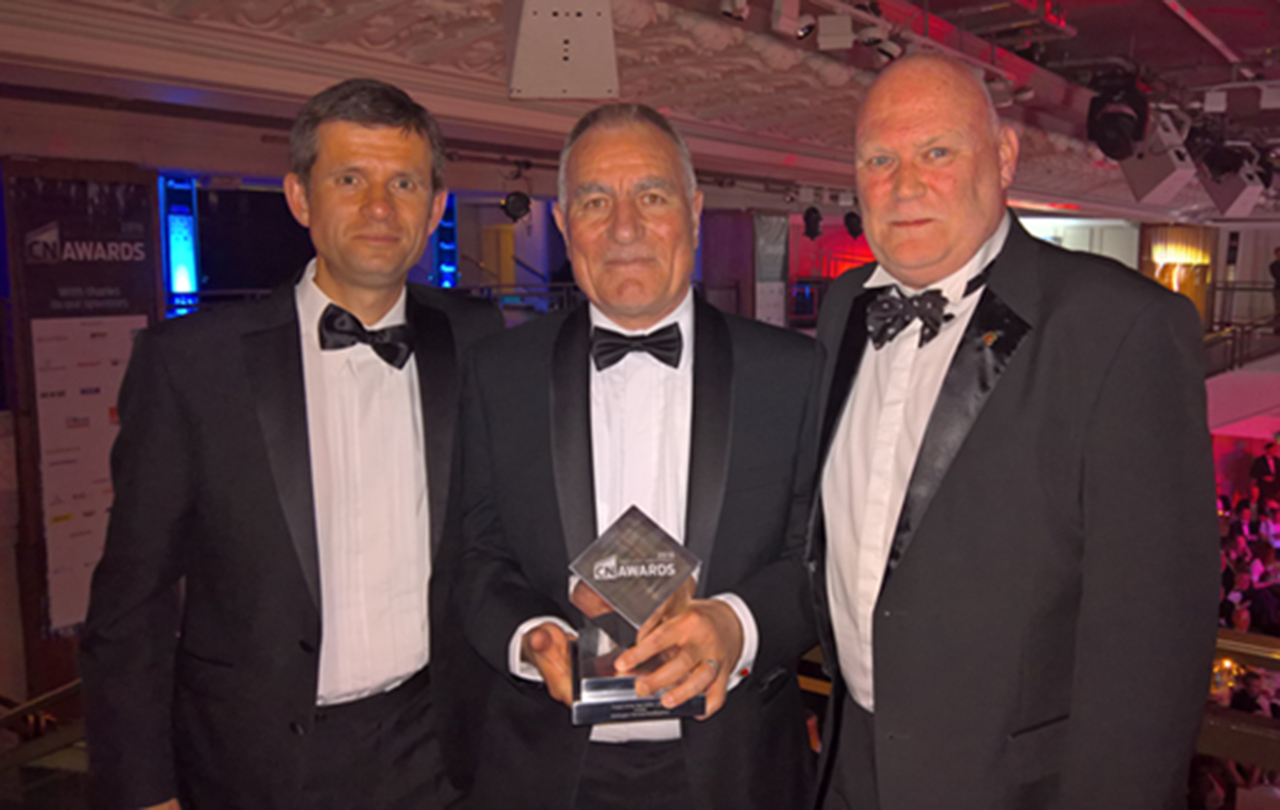 Perenco’s Dimlington Terminal Freon Replacement Project in Yorkshire, of which Costain was the principal contractor, has been named Project of the Year at the Construction News Awards 2016.

The team received their award at a ceremony held at the Grosvenor House Hotel in London on 14 July. The engineering design, procurement and construction project won in the £30-£50 million category and was described by the judges as “a great example of a contractor relishing a challenge and coming up with a solution in partnership with the client.”

Perenco had to make urgent upgrades to the terminal before new environmental legislation, which eliminated the use of Hydrochlorofluorocarbons (HCFCs), came into force on 1 January 2015

Costain helped Perenco select an alternative, innovative application of technologies to deliver a low cost, high reliability solution. Costain’s design also reduced the carbon footprint of the project, avoided having to reduce the terminal processing capacity and significantly shortened the project programme, allowing all parties to meet the legislative deadline.

The judges were impressed with the cost savings achieved, which they felt would not have been possible without Costain’s innovative approach. Costain’s solution increased the site’s efficiency and eliminated the need for costly plant shutdowns, estimated at £3 million/day in lost revenue at full throughput. Costain’s solution also reduced the initial capital costs by over 60% and helped to retain plant flexibility for economic processing of future gas field finds.

“The contractor was willing to work with the client and offer a solution that saved it millions of pounds,” the judges said. The judges were also hugely impressed with how Costain managed to work with an “intricate and incredibly complex scheme.”

The judges also noted that not only did the project extend the operational life of the plant, but it also improved the facility’s flexibility while enhancing the client’s opportunities to process additional offshore gas reserves.

The Construction News Award caps a stellar 12 months for the project team, led by Stuart Campbell, the Project Director. Last year the project won Industry Project of the Year at the Institution of Chemical Engineers (IChemE) Global Awards 2015, while Stuart walked away with the Industry Leader of the Year Award.

Stuart said: “By being involved from the very earliest phase of project development, the Costain team was able to work with Perenco to add value and mitigate risks at the most influential stages. Collaborating in this way ensured that all stakeholders were committed to the project development, delivery and operations strategies, working as an integrated team to deliver outstanding results. Receiving the Construction News accolade is a tribute to the team’s ‘spirit of excellence’ and each individual’s commitment to delivering success.”

Alex Vaughan, Managing Director for Costain’s Natural Resources Division, added: “I am absolutely delighted for Stuart and his team. This award again demonstrates the incredibly high standard of innovation and service delivery that we strive for on behalf of our customers.”