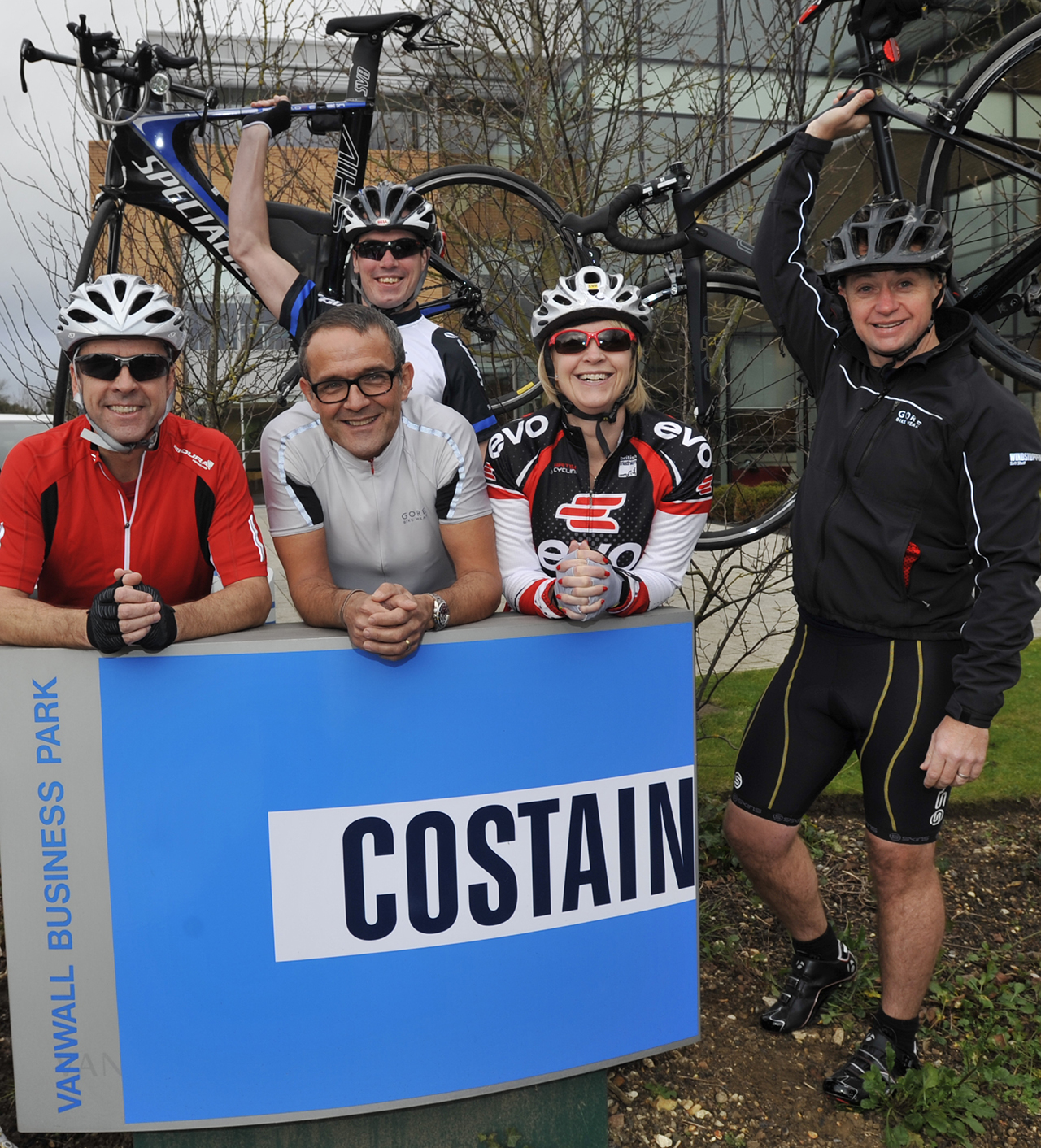 A team of Costain Ironmen and one Ironwoman has successfully tackled one of the world’s toughest endurance events to raise an amazing £10,000 for the Costain 150 Challenge.*

Called the 70.3 because of the total distance in miles (113km) covered in the race, the event began with a 1.9km swim around a salt water lagoon, followed by a 90km cycle ride through mountainous terrain, and concluded with a 21.1km half marathon.

For Matt the hardest part was undoubtedly the swim: “I had to learn to swim front crawl for the Ironman and when nervous am not good at swimming in a straight line. In fact I swam an extra half a kilometre and was worried that I might miss the 70 minute deadline but in fact did the swim in 50 minutes despite my zigzag course!”

Already a keen cyclist, he found the cycle stage the easiest – despite its 10km climb. “As I got to the top of the hill I got a real surge of adrenalin and had to remind myself that there was still a half-marathon to go. The run was hard and hot – temperatures by now were in the low 30s – but in the end I managed it in a time of 2 hours 13 minutes and achieved an overall time of 7 hours 3 minutes, which had a pleasing symmetry with the name of the event.”

Stephan too found the swim tough: “It was very congested and very physical – there was a lot of kicking and grabbing. Despite that my swim time of 34 minutes wasn’t far off what I was aiming for. I enjoyed the cycle stage the most, I made up a lot of places on the bike and that was easily the most satisfying part of the event for me. The hardest part however was the run – the wind that had been ever present up till then dropped and it was very hot, and I needed all my mental strength. Though I could have run it a bit faster if I hadn’t slowed down so that my younger brother Antoine and I could cross the finish line together! I did the whole event in just under 5 hours 20 minutes which was pretty much where I was hoping to be.”

Both say the Costain 150 Challenge was a real motivator – both during the months of training and the event itself.

Said Matt: “During the tough moments en route I focussed on why I was there: to raise vital funds for four amazing charities that positively impact the lives of thousands of people every day.”

Stephan agreed: “Raising money for the four charities has been a real driving force for me, with one of the charities – Macmillan – particularly close to my heart. I’d like to thank everyone who sponsored the team and supported us through this challenge.”