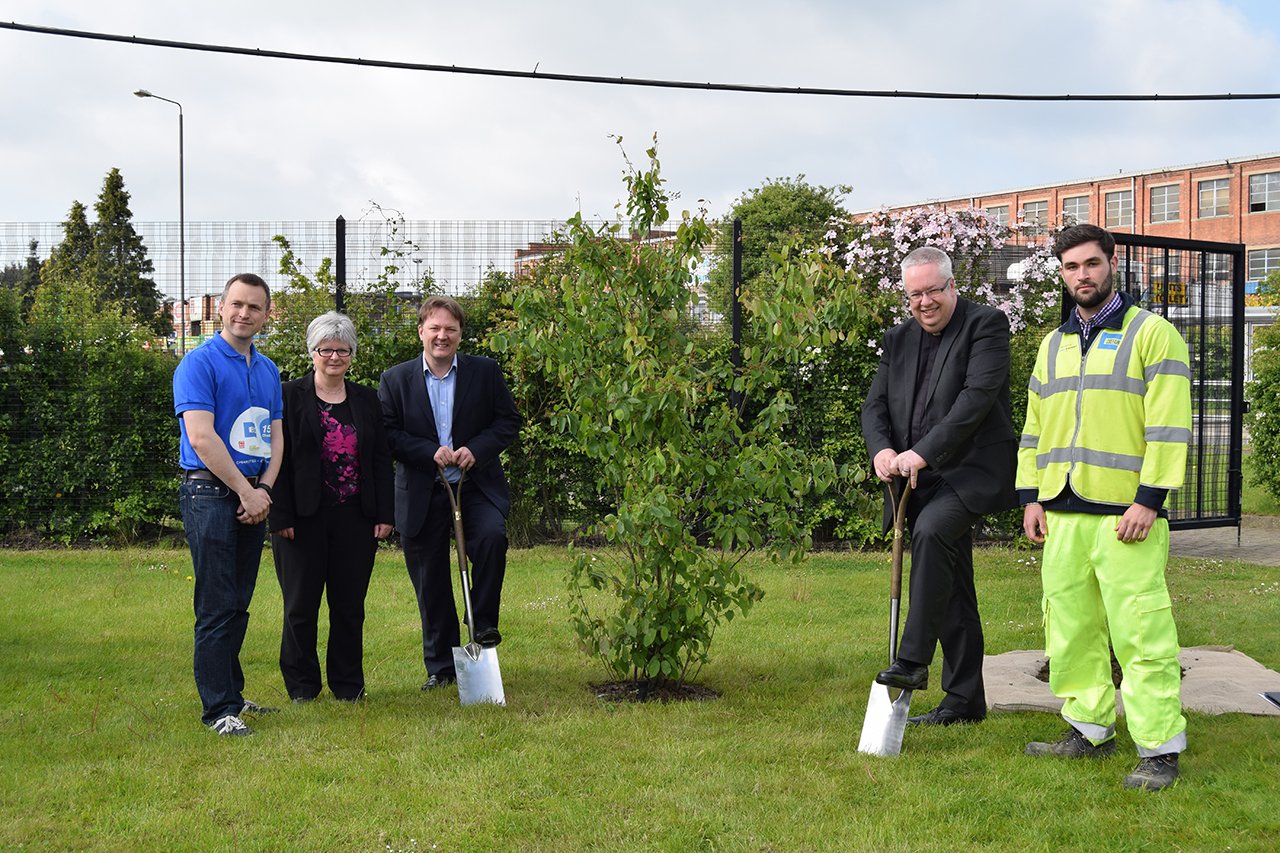 Costain recently celebrated the Company’s 150th Anniversary with a tree planting ceremony at the M1 Smart Motorway Project at Markham Vale Environment Centre, Chesterfield, which was organised by the project team and attended by local dignitaries.

The project, between Junctions 28-31 and 32-35a, welcomed Cllr Anne Western, the Leader and Cabinet Member for Strategic Policy and Budget at Derbyshire County Council (DCC); Cllr Dean Collins, Cabinet Member for Highways, Transport and Infrastructure DCC; and Peter Storey, Head of Markham Vale for DCC; together with local Methodist Minister Reverend Sean Adair and members of the M1 project team, including Richard Stuart, the Project Director; Richard Paddey, Senior Community Relations Manager; Sinead Egan, the SHE Manager; and Sean Allen, a graduate engineer who helped to arrange the planting of the tree.

“The planting of the tree demonstrates our commitment to the environment and the communities in which we work, as well as providing a safe and healthy work environment to all,” said Richard.

“We were delighted that everyone could attend, particularly Cllr Western as we delivered a community project for her constituents in Barlborough in 2014. We cleared a motorway underpass and replaced the drainage in order for it to be accessed by pedestrians, which was very well received by the local community,” said Richard Paddey.

In line with Costain’s *150 Challenge, during the year, the project team aims to fulfil 150 pledges which will improve the local community and the environment. The team is currently recycling waste materials from the project to build 150 bird and bat boxes and bug hotels, and then distribute them to various groups and organisations throughout the M1 project.