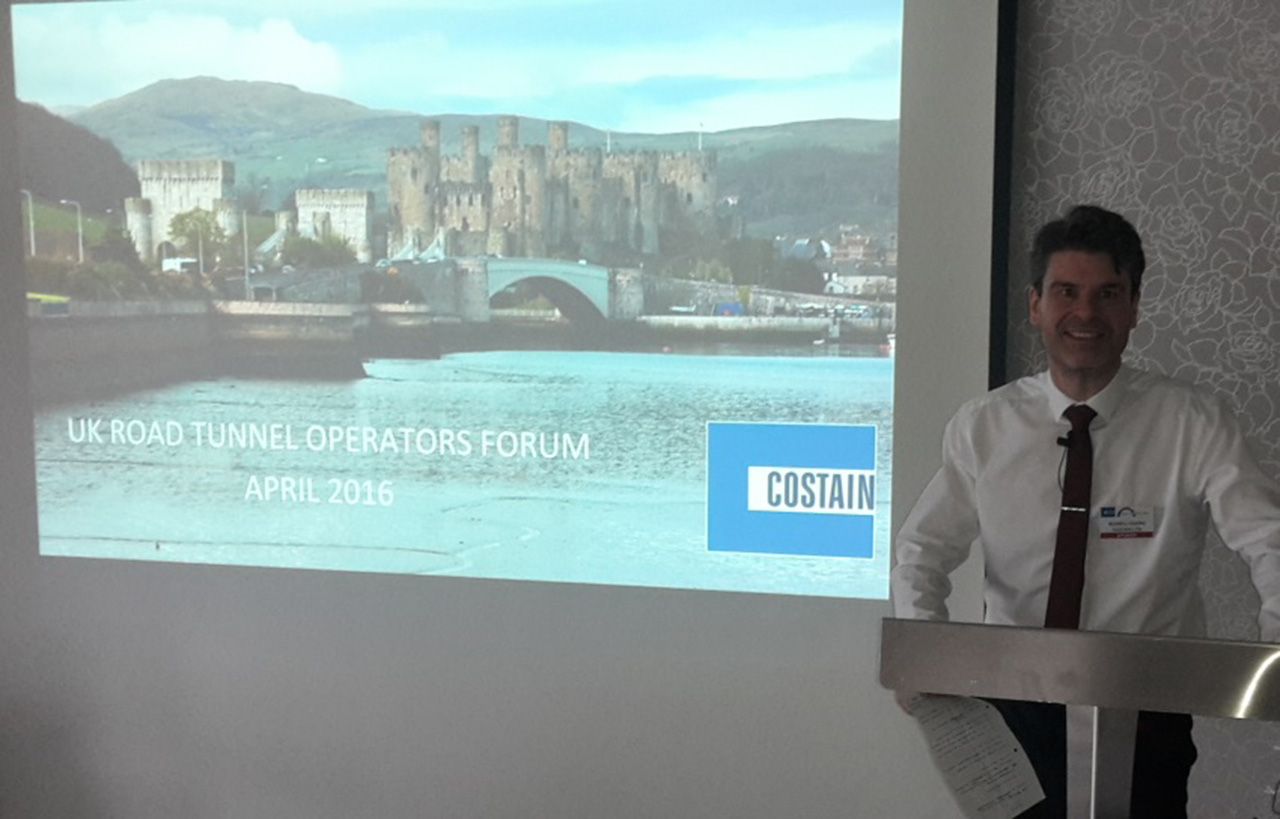 More than 100 representatives of tunnel owners from the UK and Europe converged on North Wales as Costain hosted the bi-annual Road Tunnel Operators Forum in Deganwy, near Conwy.

The location was particularly appropriate, as 2016 is the 25th anniversary of the opening of the nearby Conwy Tunnel, built by a Costain-Tarmac jv and the first immersed tube tunnel to be built in the UK.

Costain volunteered to stage the forum, finding a venue and speakers as part of its engagement with the sector. Clients, contractors, consultants and suppliers were among those attending the long-standing event.

Organised by Costain Road Tunnel Specialist Russell Davies, the opening address was given by Costain’s Group Work-Winning Director James Bulleid before a series of presentations on road tunnel operations and upgrades got underway.

“Included in the presentations was a retrospective on the Conwy Tunnel,” said Russell. “We looked at what we might do differently if we were building it today and the consensus was ‘Not that much’. Probably the only difference would be that we would probably build in escape passages so that, in the event of an emergency, motorists would not have to use the main tunnel carriageways. And we would perhaps now cater for cyclists and pedestrians.”

The two-day event garnered “exceptional feedback – really, really positive”, said Russell. Part of the reason for this was the appearance of guest speaker Richard Noble, the man behind Bloodhound SSC, the British attempt to break 1000mph in a car. The jet-powered vehicle is due to make its attempt on the world land speed record next year.

“That went down an absolute storm. He really engaged with the audience of engineers, operators, and people interested in risk management and safety. He got a standing ovation.

“He brought three signed copies of books about the project and they were auctioned off for £650. On top of that, people thrust several hundred pounds into our hands as well, which will go towards Bloodhound SSC.”

Caption: Russell Davies makes a presentation during the highly-successful event.