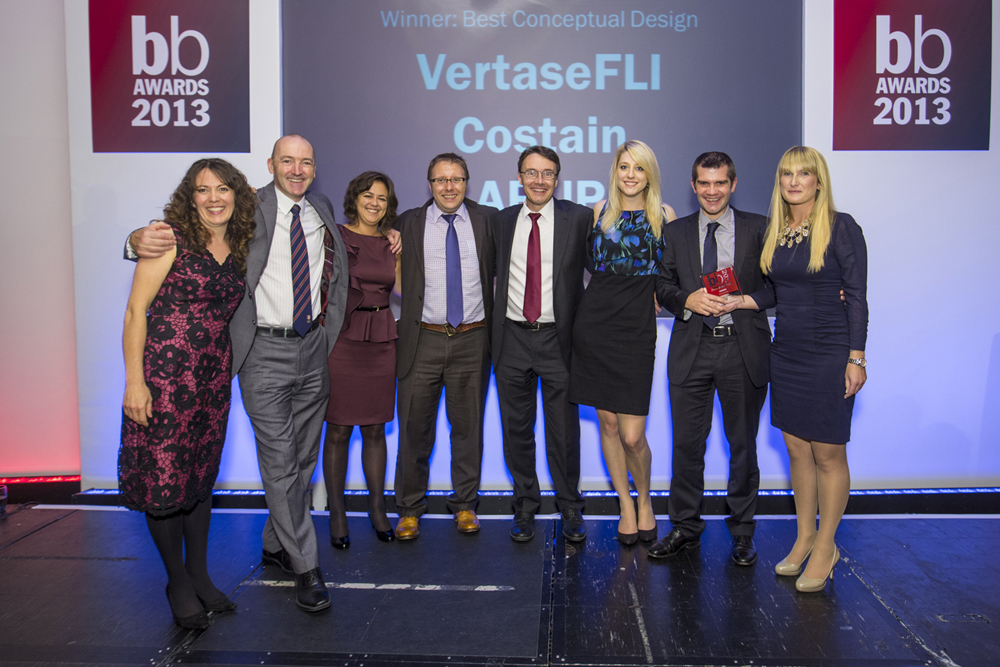 Costain’s work in helping remediate heavily contaminated land at its Harbour Way Project in Port Talbot has been recognised with two awards.

It won the Best Conceptual Design category in the 2013 Brownfield Briefing Awards for the remediation works undertaken as part of the construction of the Harbour Way Scheme.  The project was also highly commended in the Best Reuse of Material category.   The awards were made at London’s Radisson Blu Portman Hotel.

The Brownfield Briefing Awards celebrate excellence in the brownfield sector and recognise outstanding achievements made through the use of innovative techniques, awareness of sustainability, engagement of stakeholders and demonstration of best practice.

The Harbour Way dual carriageway links the M4 Junction 38 to Port Talbot and its docks.  The route passes through an area of the Port Talbot Steel Works site which has an extensive historical legacy.  The site had a heavily industrialised history, beginning at the start of the 19th century with the development and operation of the Margam Copper Works and later evolving into the present day steelworks.

VertaseFLI, who put the project forward for the award, were appointed by Costain on behalf of Neath Port Talbot Council to undertake remediation works along the route of the scheme. Costain’s consultant, ARUP, undertook site investigation and risk assessment works as part of the scheme which identified the requirement for the remediation of approximately 6,000m³ of soils that were significantly contaminated with hydrocarbons, in particular naphthalene.

VertaseFLI successfully designed and executed a remediation scheme that involved treatment of grossly contaminated material via stabilisation and solidification, which reduced naphthalene leachate contaminants to below the materials reuse criterion.  The stabilised material was geotechnically competent for reuse under the road embankment, resulting in no requirements for off-site disposal.

This remediation technique demonstrated a sustainable and cost-effective remediation solution that can be designed, adapted and delivered to all sites, even those containing gross levels of contamination.