Two Months Ahead Of Schedule! 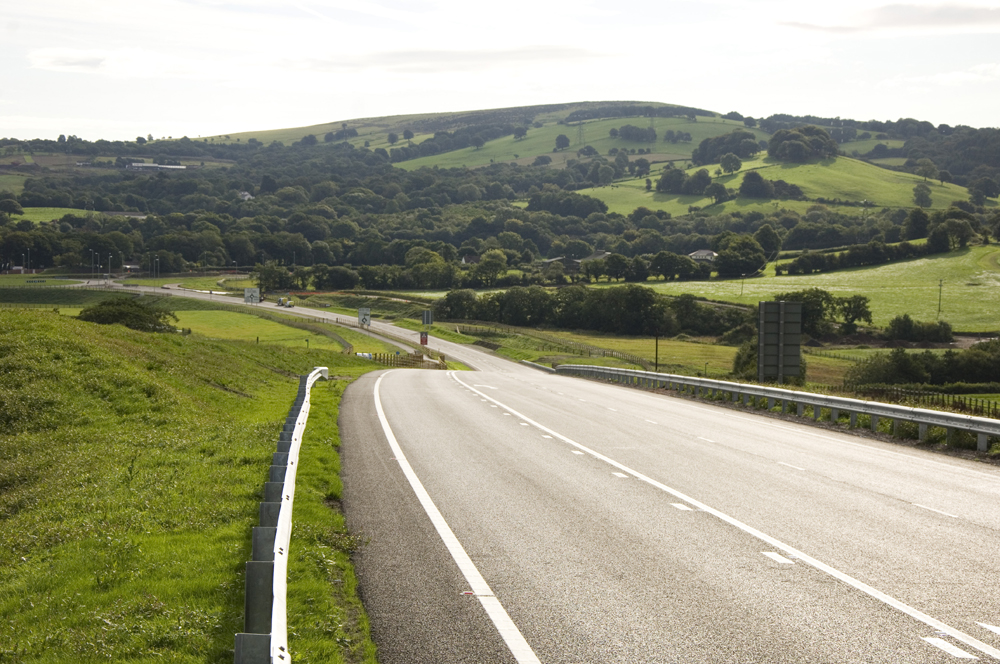 The latest in a series of Costain road projects in South Wales opens to the public today - two months ahead of schedule - when the first vehicles roll along the Church Village Bypass.

The £90million project brings a major improvement to residents' quality of life not only in Church Village but the nearby settlements of Llantwit Fardre and Tonteg.

The existing A473 has become increasingly unsuited to coping with modern conditions due to a combination of sub-standard alignments plus numerous junctions. Plans to relieve the flow of traffic through the villages - currently 20,000 vehicles daily - have existed since the 1980s.

It is estimated that the new bypass will reduce traffic along the A473 by as much as 70%. Improved public safety and reduced pollution will be additional benefits.

Local people have already had a taste of the new development, as they celebrated the opening of a 'community route' for cyclists and pedestrians that runs alongside the main road. Around 3,000 people turned out on an August weekend for a charity walk along the bypass - the first and probably only occasion on which they will have a chance to stroll along the carriageway.

The new route partially follows the line of an old railway line with substantial sections of the route constructed through three significant landfill sites. Costain's early contractor involvement in the project enabled the cost to be substantially reduced and an estimated £40million saving were realised from the Value Engineering phase.

Costain's plans also ensured the road would be safer to construct and by changing the bridge construction to a pre-cast system over 200,000 working at height man-hours were reduced from the project.

"As part of the Value Engineering phase we reduced the highway to a single carriageway, however, by maintaining the roundabouts and approaches to a dual standard we did not affect the traffic capacity by more than a couple of percent. We also saved significant money and programme constraints by early utility design liaison," says Project Manager, Daniel Powrie. Additionally, several planned overbridges were eliminated by realignments of the route and improving junctions.

The toughest aspects, he adds, included the environmental and ecological constraints the Costain team had to negotiate. Various protected species had to be re-sited or protected. One such ecological measure was a series of three 'dormouse crossings' consisting of enclosed wire mesh pipes strung high across the road to allow the protected species to cross the highway safely - a precaution that featured in the national press.

Other 'green' facets to the contract included re-using 300,000 old car tyres buried in a landfill site as retaining landscape features and the reuse and recycling of 99.6% of excavated earth and arisings realised from the site, thus saving innumerable truck trips through the surrounding areas. Around 117,000 trees have been planted as part of extensive landscaping and ecological mitigation.

The most challenging aspects, according to the Work Manager, Ian Williams, were the weather and the ground conditions. "We basically lost October to December 2009 because it rained…and then it snowed.

"We cut through the old landfill sites and had to cope with areas of peat as well as pulverised fuel ash from the old Tonteg power station," he adds. The ash would have proved an unsuitable base for the new road and so tons of it were excavated and relocated to areas away from the actual line of the road.

His main memory of the job, he says, will be "the great team and the way we've worked together here." The team was concentrated in a single area, so problems could be discussed and resolved swiftly. To have finished the job two months early "is not bad at all, when you consider the size of it and the weather we've had."

Costain's drive to maximise community involvement in the project was considerable: "Over 70 long-term unemployed people were employed on the scheme and over 75% of the subcontractors were local," notes Powrie.

Rhondda Cynon Taf Council's Cabinet Member for Transport, Customer Care and Emergency Planning, Cllr Andrew Morgan, adds: "This is a major project which will bring much relief to the local communities, provide a safer environment for those who will continue to use the current A473 and help to sustain economic development in Rhondda Cynon Taf.

"I would like to extend my congratulations to our contractor Costain for delivering the project ahead of time and with minimum disruption, notwithstanding the complexities of the project and some adverse weather conditions during the construction period."