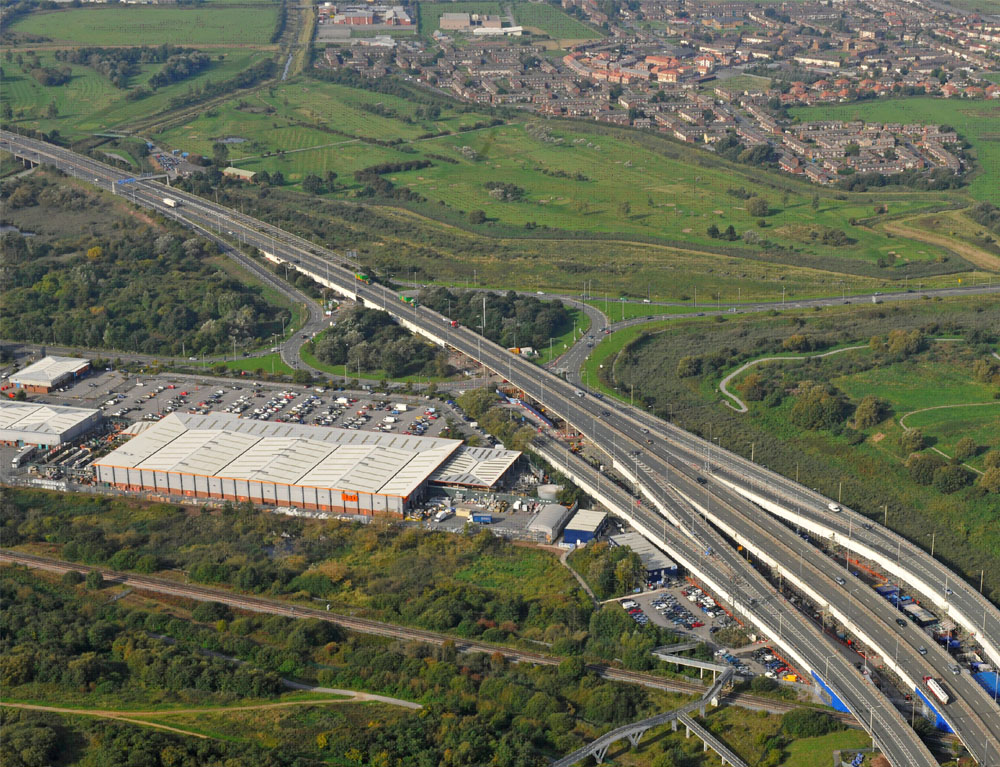 The M53 Bidston Moss Viaduct Strengthening Project, with Costain as principal contractor, has achieved another significant milestone with the viaduct restored to full structural capacity three months earlier than the 31 December 2011 contract deadline.  The whole of the structure is now capable of carrying the full HA and 45T of HB traffic loading allowing the historic weight restrictions to be removed.

This considerable achievement has been recognised by all stakeholders involved, Andrew Watson,  Highways Agency NW Director commented: “This is great news and a huge milestone for the project to achieve. The fact that it has been achieved three months early is evidence of how well the project is being delivered. Everyone involved in the project (organisation and individual) should take a great deal of credit in getting this 11 year old problem on the network solved.”

The achievement is particularly notable given the hazards and the challenging working environment.   The complex critical strengthening work required world leading box girder design innovation and over one million man hours and 100km of new weld in extreme confined space conditions to strengthen the 3.7km of steel box girder.

“Equally satisfying to delivering the main scheme objective early was the way in which it’s been delivered,” said Costain Project Manager, Simon Ellison.  “It’s been a focussed integrated team effort from day one, the fact that the strengthening has been handed over completely defect free and without any lost time accidents demonstrates the capability and commitment of all those involved.  In line with our original promise we have maintained the M53 motorway at maximum capacity during all peak times and we haven’t had a single traffic delay complaint throughout the life of the project.”

Completion of the strengthening work has now released all follow on refurbishment activities such as painting, drainage, lighting renewal, cathodic protection, joint replacement and other highway works.  Off peak M53 and local road traffic management will continue to be utilised until the end of the contract to facilitate these refurbishment works.

The £89.9million project remains on target to be the first scheme of its type to be completed on time and within budget in spring 2012.